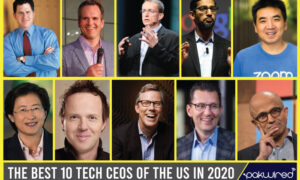 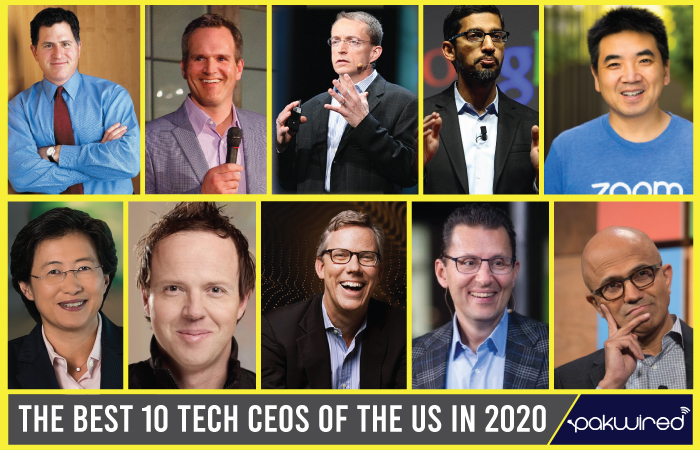 The fabled US tech industry, from its hub in California’s Silicon Valley, to East-Coast clusters in MIT’s neighborhood in Cambridge, Boston, and New York, is the home of some of the world’s most powerful, wealthiest, and most influential CEOs. We have carefully curated a list of ranking the top 10 among them.

Whether you are a young tech entrepreneur in search of inspiration, an investor looking for opportunities, or just curious who the best players are in the famed US tech industry, this list holds the answers.

This list has been compiled for CEOs of large tech companies (>500 employees) based on three main criteria.

First, CEOs were rated on the success of the company they spearhead. Using stock market records and reports by Brand Finance, their business acumen, revenue management, guardian equity, and personal investment were assessed.

Second, they were judged on the company climate they create, using data from Comparably and Glassdoor. Both sources provide ratings of CEOs’ leadership qualities, social competence, innovativeness, and inspiration value, compiled from thousands of anonymous employee reviews. Particular attention was paid to the company climate the CEOs have nurtured for women and people of color.

Finally, CEOs’ social and corporate responsibility and philanthropic activities were taken into consideration. How do they handle sensitive issues in their companies, such as the spread of misinformation or violent content in the case of social media executives? Do they support programs to promote equality, education, or poverty relief? Do they personally donate to charity? 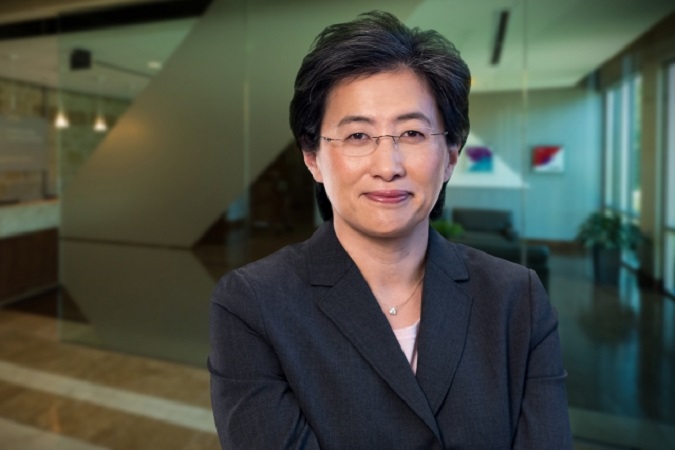 In terms of turning things around for a company, Lisa Su stands unparalleled among the CEOs on this list. She took over AMD, a company that produces semiconductor microchips and processors, in 2014. It was loaded with debt and faced potential bankruptcy. Six years later, the company’s stock has gained 1,300%, and AMD is overtaking the floundering Intel as the market leader.

This is mainly due to Su’s leadership decisions. With a Ph.D. in electrical engineering from MIT, the Taiwanese-American decided to bank on cutting-edge developments to power next-generation tech – such as cloud computing, data centers, AI, and gaming. Today, these technologies are omnipresent, but Su laid the foundation for AMD’s present success in the high-tech arena back in 2014.

In terms of employee approval, Su is in the top 5% of US CEOs. She also just announced that AMD is donating some of its first supercomputing clusters to leading universities like MIT and NYU to support disease research in response to the coronavirus.

Given these achievements, it is unsurprising that Su was the highest-paid CEO in the S&P 500 last year. 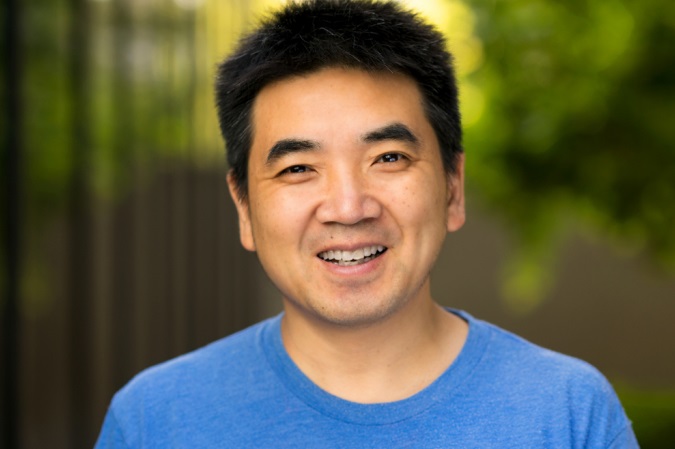 Chinese-born Eric Yuan is the founder and CEO of Zoom, of which he owns 22%. With a Master’s from the China University of Mining and Technology, he moved to the US in 1994, inspired by a speech by Bill Gates he heard while working in Japan.

The idea for Zoom came to him during the 10-hour train rides he had to take as a university student to see his girlfriend (who is now his wife). He founded the company in 2011.

Today, Zoom is the biggest player in video communications. As a result of the corona crisis and millions of people shifting their business and everyday communications online, Zoom’s stock has almost tripled in value in a matter of months, and Yuan’s net value has skyrocketed, adding over $2 billion.

Yuan can also boast the number one spot in Comparably’s ranking of CEOs, with his employees the happiest of any company in the ranking. 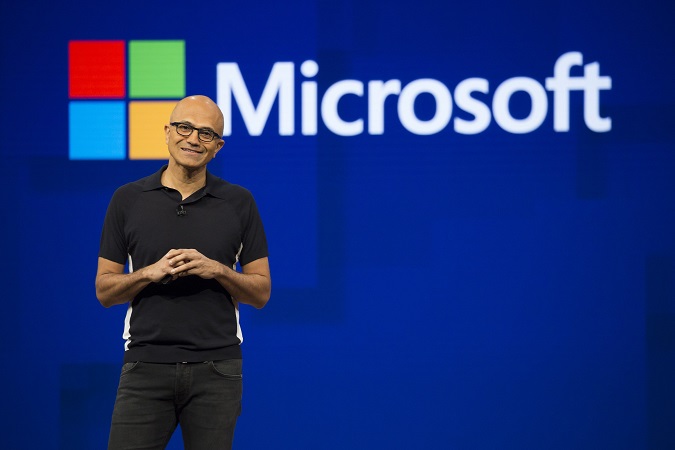 Nadella took over as CEO of Microsoft in 2014, a promotion from being executive vice president of the company’s cloud and enterprise group.

He joined Microsoft in 1992 and has led major projects, including the development of one of the largest cloud computing platforms in the world.

As CEO, he has overseen several major acquisitions, such as Mojang (the game company behind Minecraft), LinkedIn, and GitHub. Under Nadella, Microsoft’s stock has risen steadily, tripling in worth from 2014 to 2018. At the beginning of the pandemic, the company’s value took a hit, but it has since recovered.

Nadella was named Financial Times Person of the Year in 2019, and ranks fourth on Comparably’s list of CEOs in terms of company culture. He is a vocal supporter of the fight against hate and racism, and has supported COVID-19 relief with a total of $55 million. 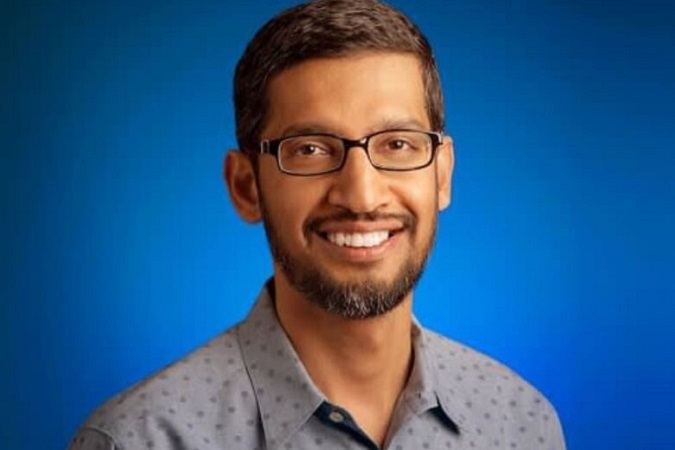 Indian-American Sundar Pichai has been heading Google since 2015. He holds degrees in metallurgical engineering and material sciences (Indian Institute of Technology Kharagpur, and Stanford University) as well as an MBA (University of Pennsylvania).

After joining Google in 2004, Pichai led the product management and innovation units for software such as Google Chrome, Google Drive, Gmail, Google Maps, and Android. As CEO, he has seen Google’s revenue double, from $74.9 billion in 2015 to $161.8 billion in 2019.

In terms of social and corporate responsibility, Pichai has not had an easy tenure as CEO. In 2018, he spent three hours answering questions in front of the US senate regarding foreign interference in US elections. However, Pichai is personally committed to creating an equitable workplace, as well as to racial equality.

In 2017, he fired an engineer who circulated a memo questioning women’s competence in tech. Most recently, he has spoken out in support of the protests of the African-American community following George Floyd’s death.

Given this, it is unsurprising that Comparably ranks Pichai as one of the US’ top CEOs, and Google as a whole as one of the best workplaces for women and POC. 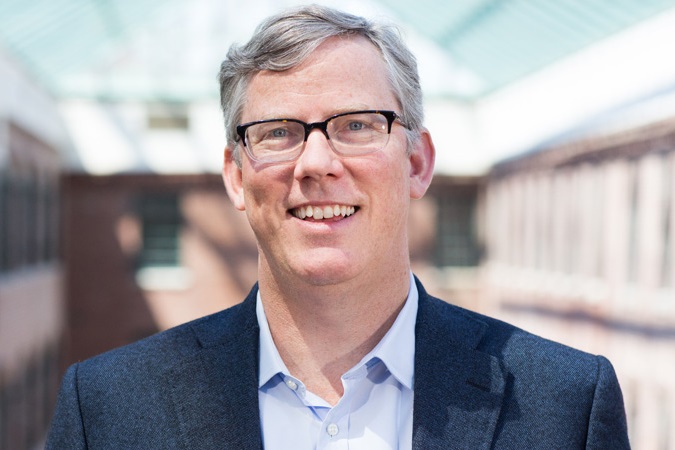 Halligan is CEO of the marketing platform HubSpot, which he co-founded in 2006. Born in Massachusetts, he holds a BSc in electrical engineering from the University of Vermont, and an MBA from the MIT Sloan School of Management, where he is also a senior lecturer.

HubSpot has established itself as one of the premier digital marketing platforms, reflected by steadily rising stocks. After a slump at the beginning of the corona pandemic, the company’s stocks jumped over 26% in April after the release of its first-quarter results.

Halligan is a firm believer in creating a nourishing company climate, and was rated among the best CEOs by Glassdoor in 2014, 2015, 2017, and 2018, and occupies second place in Comparably’s 2019 rating. He has received particular recognition for fostering women and diversity in his team.

In terms of philanthropic activities, Halligan donated $1.6 million to the Southern Poverty Law Center in 2017, and made HubSpot available at reduced prices for businesses struggling during the COVID-19 pandemic. 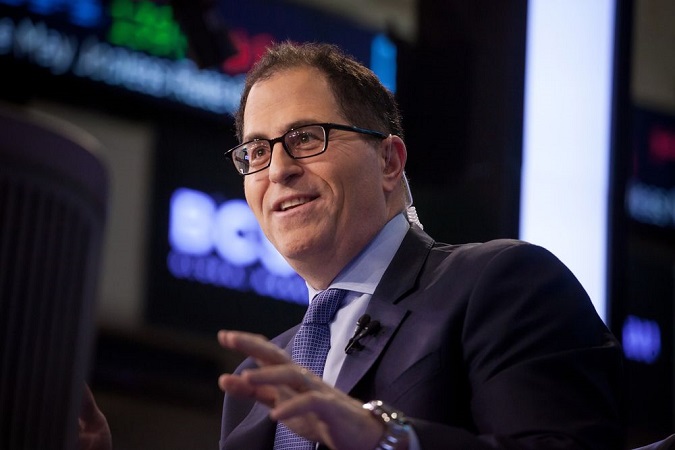 Michael Dell founded the company bearing his name back in 1984, and has served as its chairman and CEO ever since. Born in Houston, he attended the University of Texas, though he abandoned his medical degree in favor of starting his business. Dell’s net worth is estimated at $30 billion as of May 2020.

Dell can boast a Glassdoor employee approval rating of 92%.  In 2017, he donated a full $1 billion to child poverty relief. 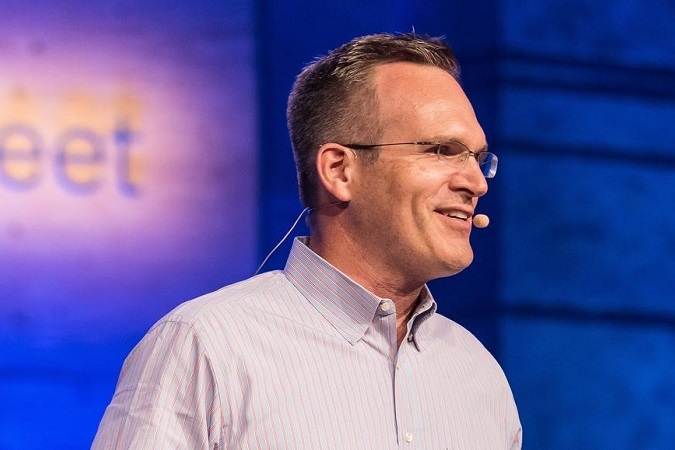 Mader is the president and CEO of Smartsheet, a Washington-based software-as-service (SaaS) company that offers applications for collaboration and work management. He grew up in Frankfurt, Germany, and attended Dartmouth College, NH, graduating with a BA in geography.

He has been the recipient of various awards, ranging from GeekWire’s CEO of the Year to Erst & Young’s Entrepreneur of the Year in Technology.

Mader occupies the twelfth rank on Comparably’s rating of CEOs in terms of company culture. Under his leadership, Smartsheet has been named Washington’s Best Workplace. 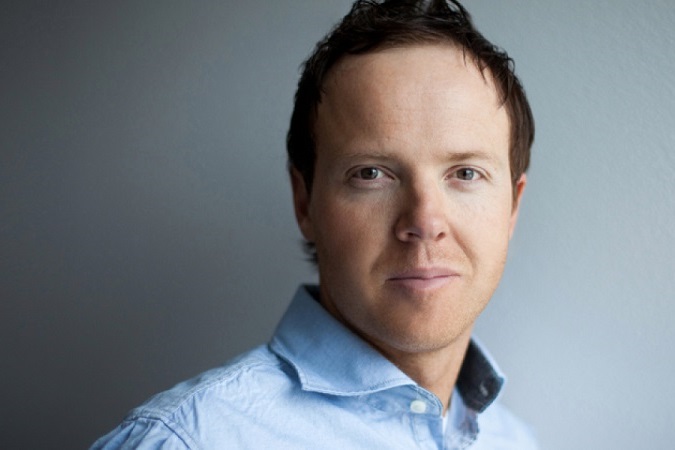 In 2002, Smith co-founded Qualtrics, a Utah-based cloud computing company focused on experience management. He has served as CEO ever since, and now has an estimated net worth of $1.3 billion. He holds a BSc from Brigham Young University and is a guest lecturer at Stanford University, Harvard Business School, and his alma mater.

Smith is among the top 15 CEOs on Comparably’s 2019 ranking. Qualtrics itself is listed among the best tech companies for female employees. 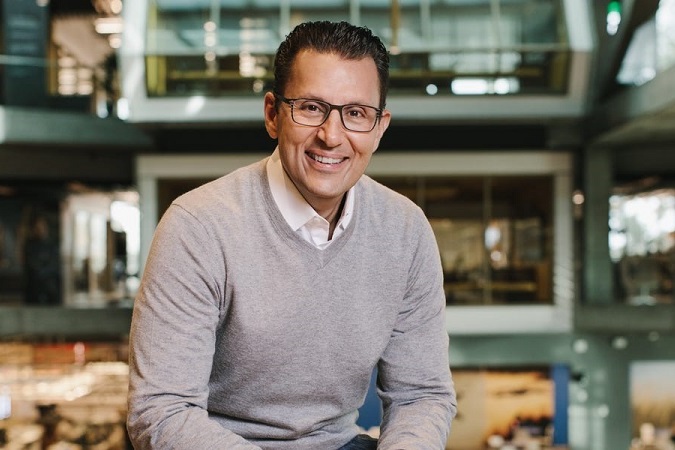 Since 2019, Goodanzi has been CEO of Intuit, a California-based financial software company, where he formerly served as the executive vice president of the Small Business and Self-Employed Group. He was born in Iran, grew up in Florida, and holds degrees from the University of Central Florida, and Northwestern University. 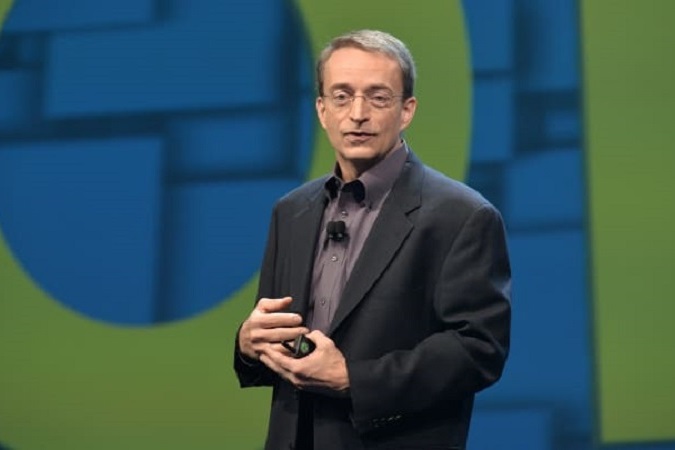 Gelsinger has been the CEO of VMware, a Californian cloud computing and virtualization software company, since 2012. During his tenure as CEO, the size of the company has doubled. He holds degrees in electrical engineering from Lincoln Technical Institute, Santa Clara University, and Stanford University. In 2019, Glassdoor ranked him as the best US CEO.

While some of the most powerful CEOs – of companies such as Facebook, Twitter, and YouTube – didn’t make the list due to factors of exclusion in social and corporate responsibility, there are still plenty of players to motivate and inspire young entrepreneurs. Especially considering that our number one pick for this year is a woman, that six out of the CEOs listed were born outside the US, and that half of them are people of color. That goes to show that at least in the tech industry, the American Dream is alive and kicking.

If you found this post interesting, you might also want to take a look at PakWired’s highly popular list of Top CEOs in Pakistan (this year in its 7th edition).