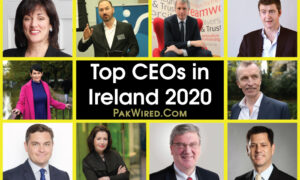 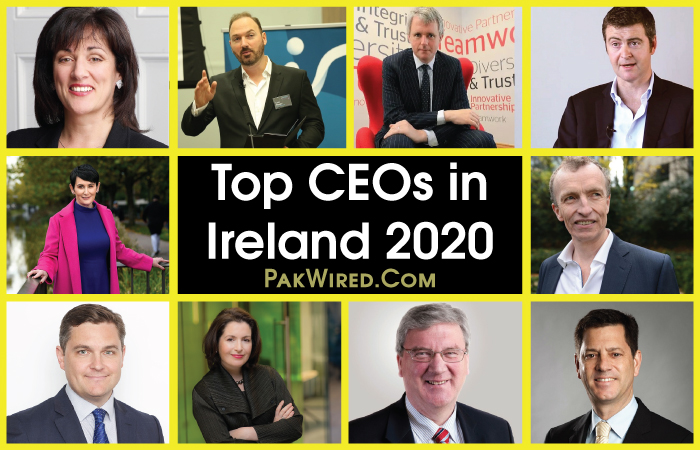 In the past few decades, Ireland has seen an economic renaissance. From a country torn by years of civil unrest, the Emerald Isle has developed into one of Europe’s foremost business havens.

International companies like Facebook are basing their operations here, taking advantage of favorable tax conditions. And a soaring number of native startups is creating a vibrant atmosphere of innovation.

In all of this, company CEOs play a crucial role. Their decisions determine the success of their individual enterprises and the cumulative development of Ireland’s economy.

Here, we have carefully compiled a list of Ireland’s ten best CEOs in 2020. Their stories provide insights for investors, as well as inspiration for young entrepreneurs.

In curating this list, we observed a fixed set of criteria.

First off, the CEOs considered had to head Irish companies, rather than international ones who have moved their operations to the island.

Apart from that, CEOs were rated on the success of the company they spearhead, their leadership qualities, and special achievements such as business awards or involvement in international industry panels.

Finally, CEOs’ philanthropic activities – both personal and on a corporate scale – were taken into consideration. Those heading companies embroiled in financial or ethical scandals were categorically excluded.

A former school teacher, Pat McDonagh founded the Irish fast-food chain Supermac’s in 1978. Today, his net worth tallies in at €120 M.

In addition to the 116 Supermac’s restaurants, McDonagh also owns a hotel group and is a major sports sponsor.

His path to success was not clear-cut. Initially, he wanted to go into business opening a pool-hall. When he couldn’t obtain the necessary permissions, he turned his energies to starting a fast-food restaurant instead.

Supermac’s soon became an Irish staple – and it stepped into the international spotlight in 2019, when it won a trademark battle against McDonald’s. The result? The American fast-food giant had to give up trademark rights to its signature Big Mac across the entire European Union.

In 2019, McDonagh was voted EY Entrepreneur of the Year. In terms of social engagement, he supports a wide range of charities. First and foremost among them is Trócaire, a nonprofit involved in water-supply and school projects in Zimbabwe.

Since 2017, Adrian Serle has been CEO of Communicorp Group Ireland, the island’s premier media company. Before that, he headed Orion Media, a UK radio corporation, and oversaw its sale to Bauer Media.

Serle is notable for both his personal social engagement and for taking corporate social responsibility.

Privately, he ran the 2019 Barcelona marathon to raise awareness, money, and support for Hidradenitis. On a corporate scale, Serle suspended all paid advertising for Communicorp brands on Facebook’s platforms. His aim was to protest Facebook’s failure to regulate hateful or misleading content on its site and to support the “Stop Hate for Profit” campaign. 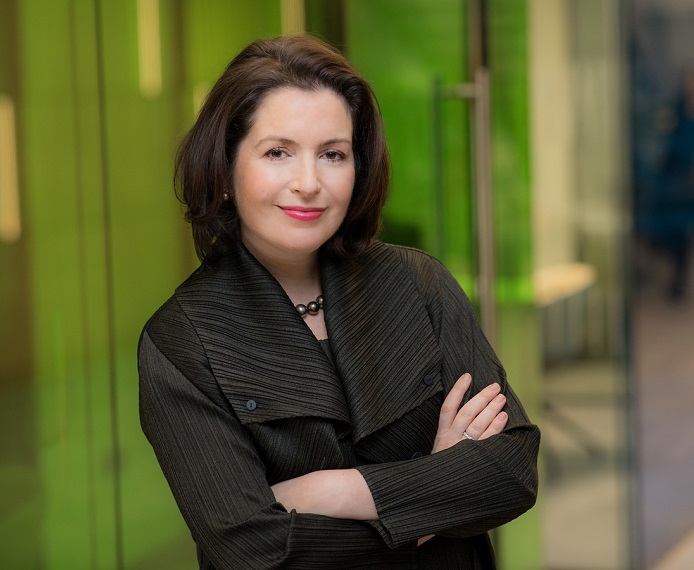 After holding multiple senior roles at HSBC, Francesca McDonagh became CEO of the Bank of Ireland Group in 2017. With an annual salary of €950,000, she is among Ireland’s best-paid CEOs, and among its highest-paid women in business.

McDonagh’s showcased her outstanding leadership abilities in 2019. When the bank failed to meet ambitious financial targets at the start of the year, she stepped in and efficiently made course adjustments. As a result, the bank saw a net lending growth of €1.5 billion until the end of the year, an increase of €800 million in comparison to 2018.

What’s more, McDonagh’s signature is evident in the bank’s commitment to gender equality, social responsibility, and community projects. Since 2018, the Bank of Ireland Group has iron-cast gender rules for hiring executives. It has donated more than €1 M to COVID-19 response, and has a cooperation with The Community Foundation for Ireland. 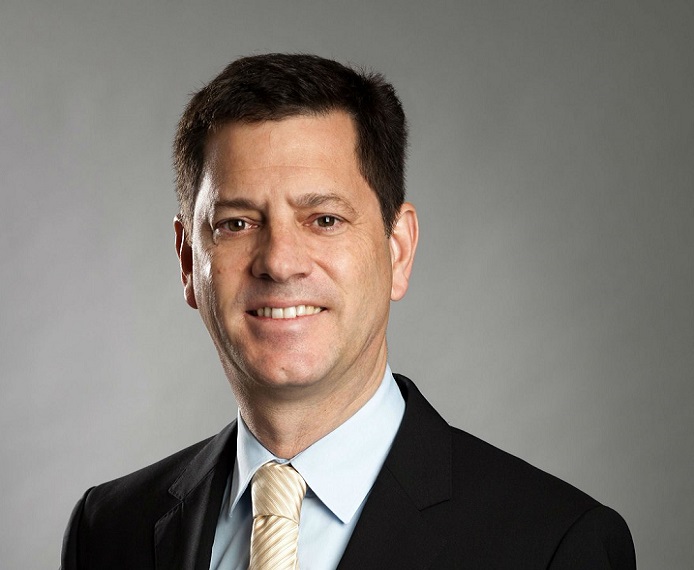 Anthony Smurfit heads the Irish cardboard and paper packaging company Smurfit Kappa in the third generation. His grandfather acquired a small Dublin-based box-maker in 1938, and grew it into one of Europe’s foremost paper and cardboard producers.

Far from stepping straight into the top position, Anthony Smurfit joined his family company in 1980 and worked his way up through the ranks. In 2015, he took over as CEO, with an annual salary of €3.4 million.

Smurfit aims to bring maximum value to company employees and their communities. This commitment is especially apparent at production sites in Mexico and South America, where Smurfit Kappa creates thousands of jobs. Smurfit serves as a Mexican honorary consul in Ireland and has received the order of San Juan from Colombia.

In addition, he is on the boards of Ibec and the Confederation of European Paper Industries, and a member of the European Round Table for Industry. 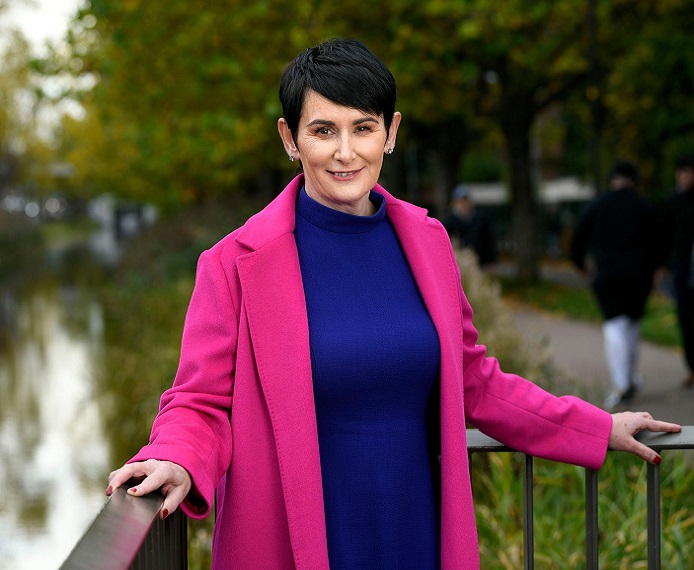 Carolan Lennon has been spearheading the largest Irish telecommunications company, Eircom, since 2018.

Under Lennon’s leadership, Eircom has not only prospered financially but also increased its social engagement. Most notably, Lennon and Prime Minister Leo Varadkar launched the eir Fund in 2017, to invest €160,000 in community-level projects across the four provinces of the Republic of Ireland. 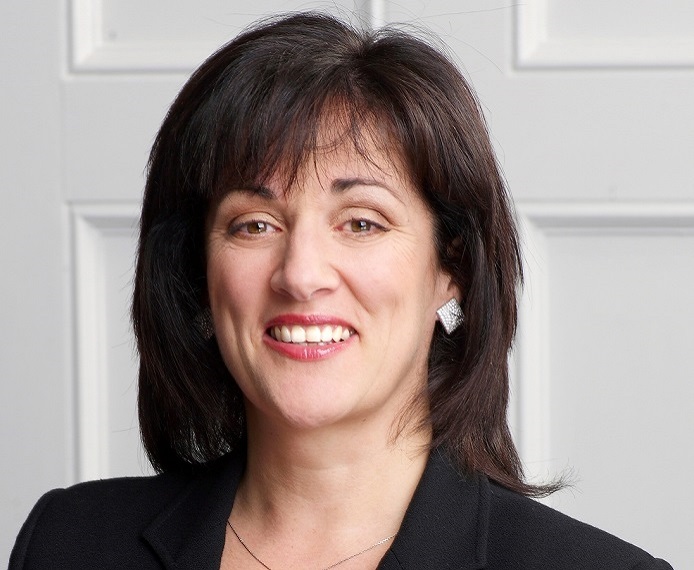 Anne Heraty co-founded the HR company CPL Resources back in 1989. Today, she is the CEO, running the recruiting and staff agency.

Heraty started out as a tele-saleswoman at Xerox, and later joined a recruiting company. Armed with industry knowledge and driven by personal passion, she moved on to found her own HR business.

Heraty is deeply committed to charity and gender equality. Over the years, she has served on the boards of numerous nonprofits, such as the Irish Brain Research Foundation. She also speaks publicly about the challenges women face in business, like heading a company while raising children. 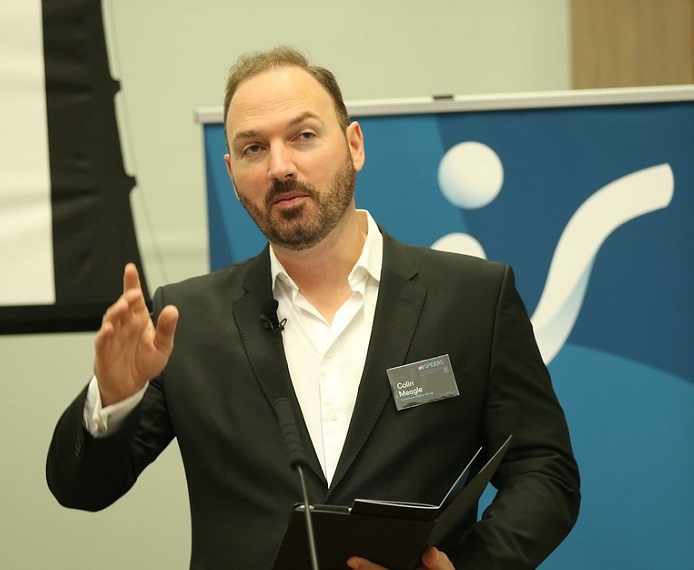 Colin Meagle founded Continuum in 2002 in an attic in Dublin. Today, it is one of Ireland’s foremost tech companies, with a focus on digital strategy and transformation. Its services include gamification, e-learning, and artificial intelligence.

On a personal level, he supports charities like Chernobyl Children and Haiti Week. 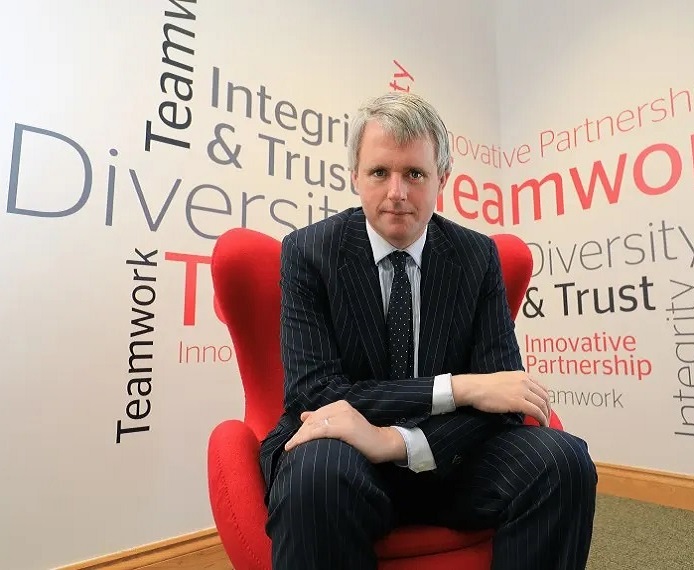 Since 2015, Denis McCarthy has been the CEO of Fexco, an Irish company providing payment processing, as well as government funding and tax administration.

With a degree in Mathematics from Trinity College, he worked as a developer at Fexco before stepping up to head the company. In addition, he founded several tech businesses of his own, like Annadale Technologies and Aviso.

McCarthy is a long-term volunteer and later chairman of the Irish Pilgrimage Trust, a charity that helps special-needs children make the pilgrimage to Lourdes. 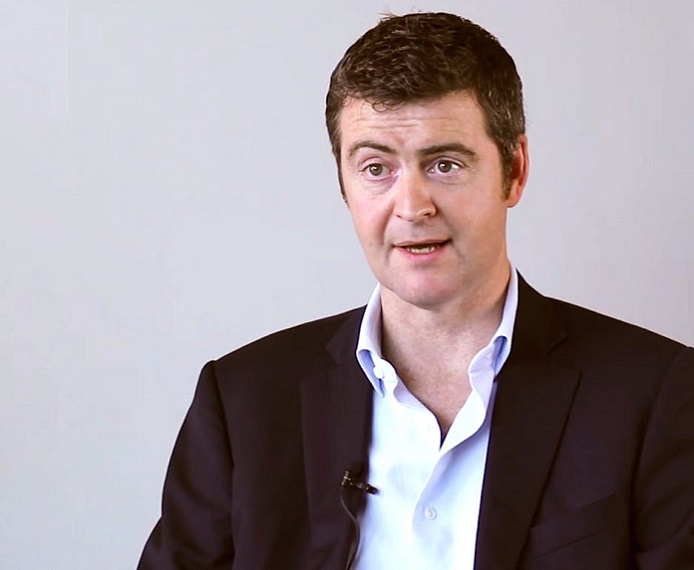 Brendan Mooney is the CEO of the only Northern Irish company on this list, Kainos, which provides digital technology for various applications in government, finance, and health.

Mooney started out as a trainee software engineer and worked his way to the top. He has been CEO since 2001. Under his leadership, the company has prospered, which was highlighted by its 2019 financial results. Kainos’ income soared by 56% year-over-year, a culmination of its ninth successive year of growth.

In 2020, Mooney won the IoD Northern Ireland – Chairman’s Award for Excellence in Director and Board Practice.

Mooney is intent on sharing his passion for technology with future generations. Under his leadership, Kainos runs school code clubs, code camps, and teacher IT outreach. 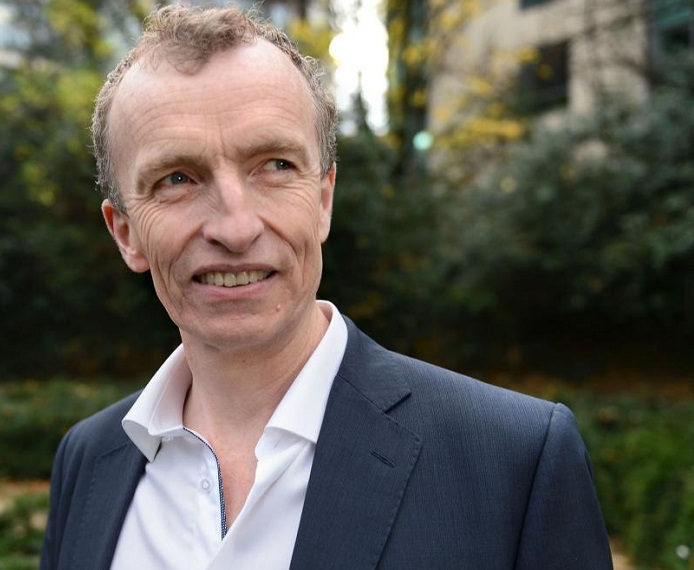 Finally, John Power is another Irish top CEO who started from scratch and built success along the way. Initially a draftsman, he earned his engineering qualifications and MBA in night school, then went on to aerospace and robotics engineering.

In the 1990s, Power founded a series of tech businesses, among them Cerus Medical, which went on to become Aerogen. The company pioneered ICU ventilator-based aerosol drug delivery. Today, it’s a global leader in the field, with its proprietary technology used to provide critical emergency care in hospitals across the world.

Power supports a number of charities across Ireland, Haiti, and Tanzania. He is a founding member of the Connemara Greenway Alliance, supports World Vision, and leads fundraising initiatives for sustainable agriculture, healthcare, and local enterprise creation in the developing world. 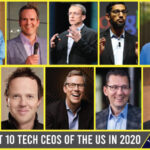 The fabled US tech industry, from its hub in California’s Silicon Valley, to East-Coast clusters in MIT’s neighborhood in Cambridge, Boston, and New York, is the home of some of the world’s most powerful, wealthiest, and most influential CEOs. We…

Inspiring and thought-provoking, the stories of these CEOs are proof that with dedication and passion, it is possible to find business success anywhere.

As Ireland emerged from its troubled past to take a front-row seat in Europe’s economy, the men and women on this list showed perseverance and business acumen, creating a prospering economic sphere for future generations of entrepreneurs.

If you found this post interesting, check out PakWired’s highly popular list of Top CEOs in Pakistan (this year in its 7th edition) and our list of the US’s Top Tech CEOs.