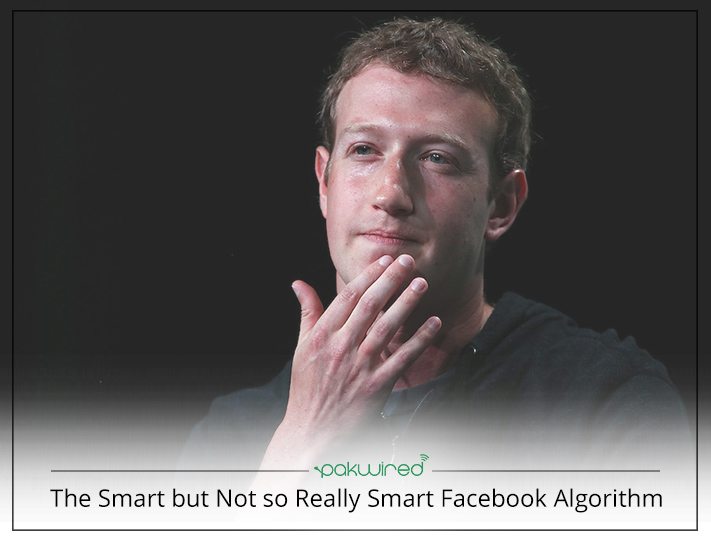 This isn’t Houston and we aren’t in space but we do definitely have a problem with Facebook. Facebook despite all the good that it intends and does, has now become a vicious spiral of unsolicited opinions. One of the prime objectives of Facebook was to connect people, however, now we’re living in a time where Facebook itself is creating disconnected bubbles.

Our Facebook feed may appear simple, but we’ve known for some time that what we see on our screen isn’t that simple. There are complex algorithms at work, so complex that outside the Facebook world, no one really knows what they are. The algorithms censor, prioritize, and dissipate information that they seem fit; so much so that most of the times we aren’t even aware of the filters that have been used before the information reaches us.

The Smart but not so really smart Facebook Algorithm

The theory is simple though – you end up seeing only the stuff that you like or may interest you. Very simple, isn’t it, and it sounds good too, doesn’t it? The answer to the second part however is twofold.

First is the case where the more you engage with a particular kind of post or poster, the more you will see of them. Secondly, the more you will see them, the more you will end up engaging with them. If you have liked a certain political opinion, your feed will show more of that opinion. Eventually a time will come when all your feed will have is one single opinion. Everything else has blacked out for you now once you have demonstrated where your interest lies. This ultimately creates an opinion bubble, one where your biases are reinforced. Right or wrong, now you are going to end up living in a world where you think everyone is like you. This is what we term as a social media echo chamber, and which in a Nietzsche-sque way could be expressed as:

The algorithm does a smart thing in a way, but did you really need to have only one opinion of the world?

This goes without saying that this tendency of creating an opinion echo chamber doesn’t just apply to Facebook alone. However, Facebook is only the board leader when it comes to these platforms.

For many years, Governments have realized the power of traditional media and used it to propagate their views. Generations grew up hearing how essential, important, and peaceful their country was and how everyone in the world hated them.

Also Read: Harnessing the Power of Facebook Ads – Part One: Understanding the Basics

We thought Social Media would buck that trends and for once people would have access to global information. The people still do have that access but now we may end up believing that global warming is a hoax because the liberals don’t like our Presidential elect.

Facebook has a curious problem, it isn’t broken, but it needs fixing.