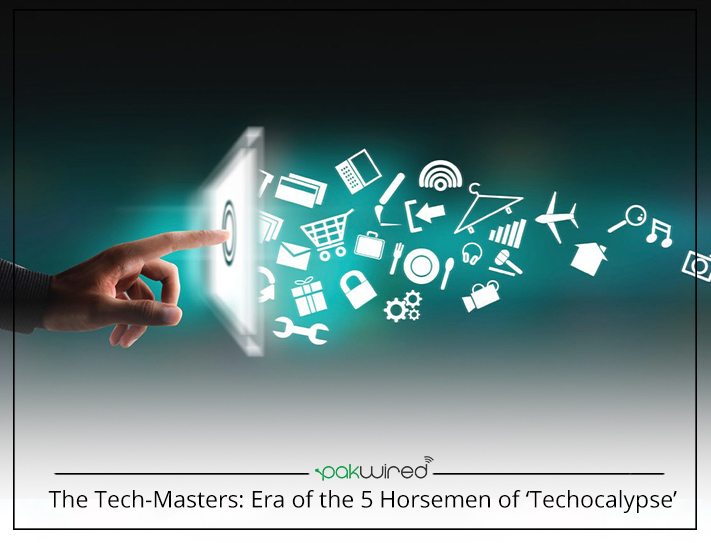 You have probably noticed already (without paying much attention) how technology has changed the world that you are living in. Looking statistically the financial condition of this industry is stronger than ever. Profits are increasing every year and records are being broken: tech stocks are up 17.4 percent this year alone.

The next wave of technology to hit the market is even more impactful than the first. We are talking about pizza delivery drones, artificial intelligence based office assistants, cars that are self-driving. All of this aimed at making you sit in the back seat of your car as it drives while you post social media updates. The world has changed, and it continues to keep changing.

Also Read: This Is How Amazon, Apple, Facebook, Google And Microsoft Make Money

The Global Control over Technology of a Few

From the perspective of a user, the growing power of tech industry is also a sign of massive concern. With more and more hardware becoming automated, software has now invaded almost every sphere of Global economy. It is starting to feel like a handful of conglomerates maintain their monopoly over the whole tech-sphere. No matter what is being done, no matter who is doing it – the final trail is eventually ending with one of these five powerhouses.

New York Times called these five global conglomerates with a combined worth of $2.87 trillion the “Frightful Five”. Given the scope and power of these five – Apple, Amazon, Alphabet (formerly Google), Facebook, and Microsoft – it’s hard to disagree with the label. Our lives are being powered everyday by these few companies and even our thoughts are now being controlled. It’s not just us, the final consumers; other market forces are also scared. The competitors are unable to compete, and regulators are finding it hard to really regulate these few.

How powerful are the powerful?

Scandal after scandal, yet people, us, you, me, and everyone else continues to use their services. That’s the extent of their power. Amazon despite reports of maltreating their employees at warehouses had record sales. Facebook is embroiled in privacy issues yet continues to gain user after user. Google remains a de-facto standard – the immobile object. No matter of reports about Apple paying working peanuts sways the people from buying iPhones.

The products are addictive and understand user behavior. Thus in line, they become even more addictive and difficult to get rid of. Our idea of an apocalypse may eventually turn out to be totally different; we might not go down in a zombie uprising, or an alien attack – we may slowly submerge connecting our conscience to technology, ultimately becoming a product.