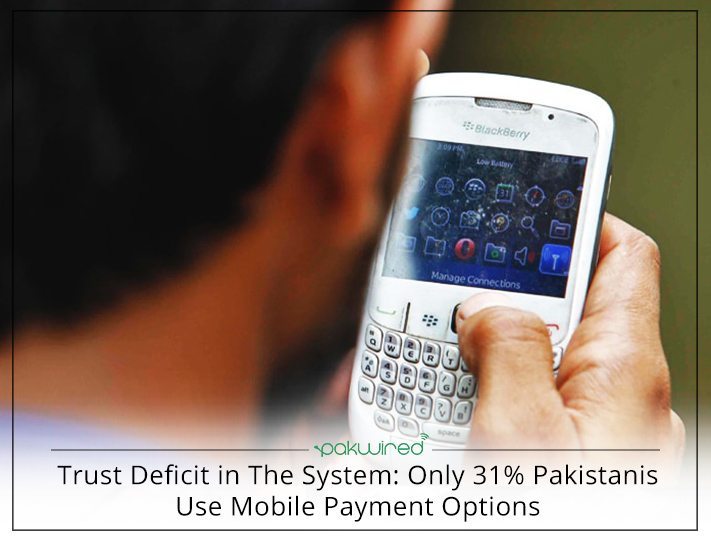 According to the 2017 CIGI- Ipsos Global Survey, only 31% of the Pakistani population is likely to make use of mobile payment options for online shopping. Given the major rise in e-marketing in Pakistan this percentage is nowhere close to its expected size. against the dismal 31% of Pakistan, he number of people who are likely to use mobile payment systems for online purchases in India and China is 86% approximately.

CIGI- Ipsos Global Survey on Internet Security and Trust, undertaken by the Centre for International Governance Innovation (CIGI) and conducted by global research company Ipsos targeted 24 countries internationally. The countries included Hong-Kong, China, United States, United Kingdom, Japan, Kenya, Mexico, Nigeria, Australia, Brazil, Canada, France, India and Pakistan along many others. The survey was conducted on Internet Security and Trust, and reached 24,225 internet users during a three month period between December 2016 and March 2017. According to the poll, 49% users internationally do not shop online due to concerns about lack of trust and security issues. 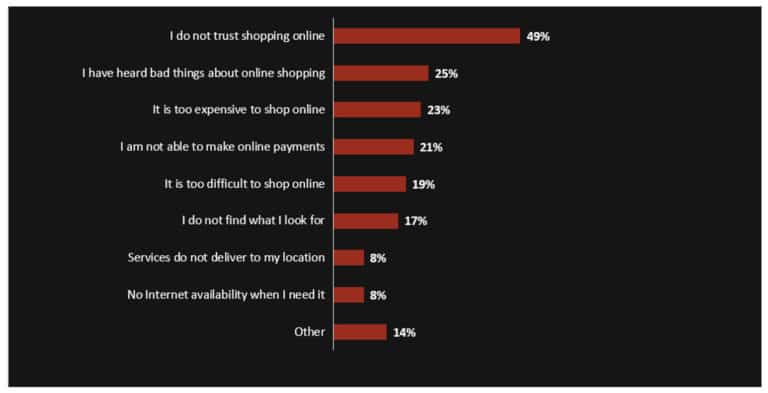 Among the top reasons that the users pointed out, privacy has been ranked at number one. People are concerned that cyber criminals might use the information and user data entered online. This lack of trust is hindering the online market platform’s growth to a greater extent specially in Middle East, Africa and Latin America.

“The lifeblood of the Internet is trust, and when that is damaged, the consequences for the digital economy are nearly irreparable.”

“The results of this global survey offer a glimpse into why policymakers should be concerned, and why there is a strong link between user trust and the health of e-commerce.”

55% people around the globe prefer buying products online that are produced in their own countries. This suggests that, even in e-commerce, location matters.

“The survey confirms the importance of having adequate consumer protection and data protection in place, areas where many developing countries are lagging behind. More capacity-building is therefore urgently needed.”

Improving the loopholes that allow cyber crimes to occur will have to be addressed  on priority basis if more growth is desired in this area.