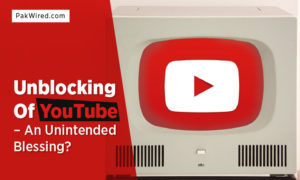 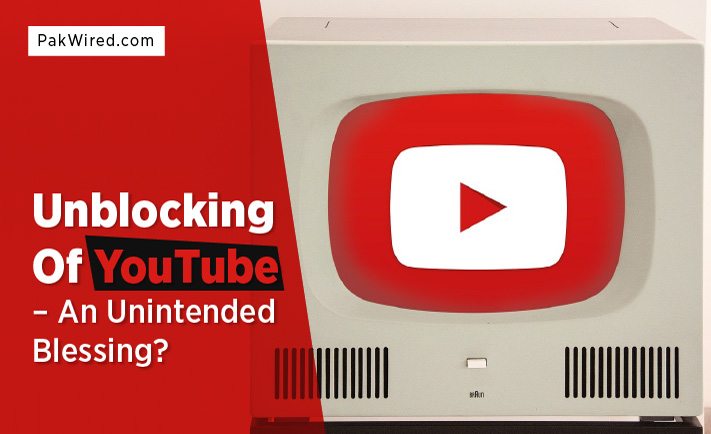 Pakistan’s recent ban on Google’s video-sharing platform YouTube has been upheld for more than 3 years now. It was put into effect following the publication of a blasphemous video called “Innocence of Muslims” which speaks against the Prophet Muhammad (pbuh).

YouTube is the world’s leading multimedia network. As of April 2014, 1 billion people were reported to be using the site with more than 4 billion video views per day. A universe of content can be found on the site through simple keyword searching. Whether it’s something to do with politics, religion, science, economy, education or even pure dumb funny videos, YouTube makes everything accessible at the click of a button. Like the Internet in general, YouTube too has its share of “the goods” and “the bads”. The company does not concern itself with the religious, social, cultural or ethnic background of a user before allowing them to use its services. All they need are a Google account and voila, they can set up their own video channel for people to subscribe to.

We live in a deeply inter-connected world. While it is true that there are hate-mongering extremists everywhere in all shapes, forms and sizes, there are also good and neutral elements who number in the majority. Music videos and informative documentaries make up a large portion of YouTube’s database. Prominent examples such as Khan Academy are actually a free, powerful tool to make learning ‘edutaining’ for curious minds. The greater good in YouTube cannot be overshadowed by the fewer negative elements who seem to attract more attention each time another controversy emerges.

As the world’s largest search engine, if you type something obscene or blasphemous, relevant searches will be displayed through the site’s information retrieval algorithms. Does that mean Google or any its employees support, endorse or promote such content? Not at all. On the contrary, Google has on several occasions removed content if its removal has strong justifications. For example, YouTube has an online legal mechanism to remove hate speech which discriminates against several types of offences, including religion. The problem appears to lie in how well those who are offended craft their complaint. Simply posting speeches, quotes and complaints LIKE THIS IN ANGER will not help. There is always a legitimate approach toward addressing grievances.

The outright ban on YouTube is both embarrassing and nonsensical. The government should have approached the matter in a more efficient manner, employing logic instead of echoing public opinion which was mostly centred around extremist tendencies. Blasphemy against any religious personality, let alone Islamic figures, is absolutely unacceptable. Freedom of speech certainly has its moral and ethical limits otherwise that ‘freedom’ tends to sow seeds of severe misunderstanding and growing intolerance, ultimately leading to conflict.

This is not to suggest that YouTube is the one and only video sharing platform, but its diversity and association with Google makes it part of the global commons

Reportedly, YouTube has been reported to be publicly accessible in Pakistan (without the use of any proxy software). It appears to be a “mistake” but how long will this “unintended blessing” last? We at PakWired have been successfully streaming Virtual University (VU) video lessons to verify the claim ourselves. VU is Pakistan’s first and largest online degree-awarding universities recognized by the Higher Education Commission (HEC). VU had a dedicated channel on YouTube with hundreds of video lessons for its students which obviously became inaccessible after the ban. Imagine how much trouble it must have been to upload the same terabytes of content on an alternative website, since not everyone can buy so many CDs/DVDs. People would prefer buffering videos instead of going through the hassle of inserting/ejecting discs now and then. They come for a considerable price too.

Thus far, we’ve observed that the most vocal objection to YouTube comes from conservative elements, particularly the religious lobby, which is quite unfamiliar with the intimate workings of the World Wide Web. Denial of access to resourceful information just because of a few bad examples is unprecedented elsewhere. Their unfamiliarity with ICT technologies makes it even more difficult to try and explain to them the disadvantages of so easily disconnecting Pakistanis from the rest of the world. This is not to suggest that YouTube is the one and only video sharing platform, but its diversity and association with Google makes it part of the global commons.

We can only hope that this latest unblocking, whether planned or unintended, stays in effect. After all, wouldn’t it be sensible to try and refute blasphemous content by uploading logical arguments made in peace by Muslims? Let’s think on that for a moment.