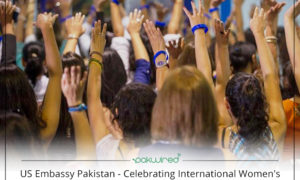 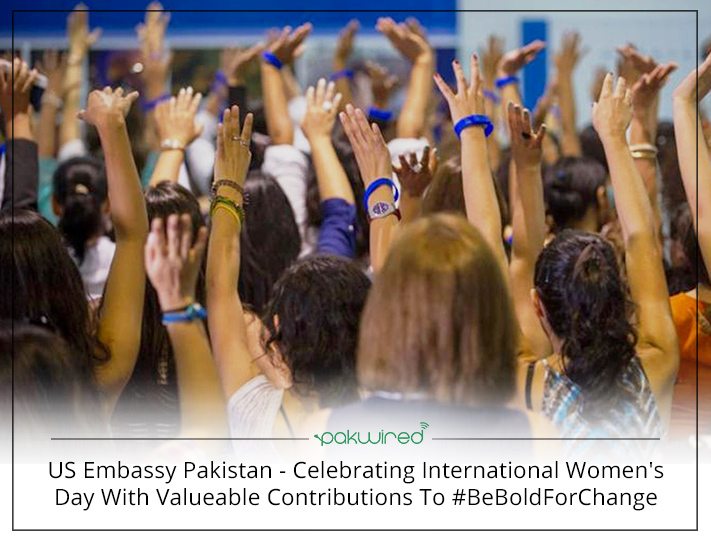 All over the world various organizations and individuals rallied, participating in  and promoting the #BeBoldForChange campaign. One of the most prominent voices from Pakistan, advocating the campaign has been of the US Embassy in Pakistan. Bringing to the forefront, the stories of women empowerment from Pakistan’s historic and culturally rich landscape, and acknowledging the struggles of Pakistani women, the organization has won millions of Pakistani hearts.

At its social media channels the organization has been inviting its audience to join in commemorating and encouraging the study, observance, and celebration of the vital role of women in history.

Inviting pledges for the #BeBoldForChange campaign, the US Embassy documented an entire series dedicated to the cause. The organization intends to run the series all through out the month of March, the month being celebrated as the Women’s History Month.

In her pledge for the #BeBoldForChange campaign, Christina Tomlinson highlighted the significance of honoring the women pioneers and leaders in our history. No sound tomorrow can be built without acknowledging the foundations laid yesterday. 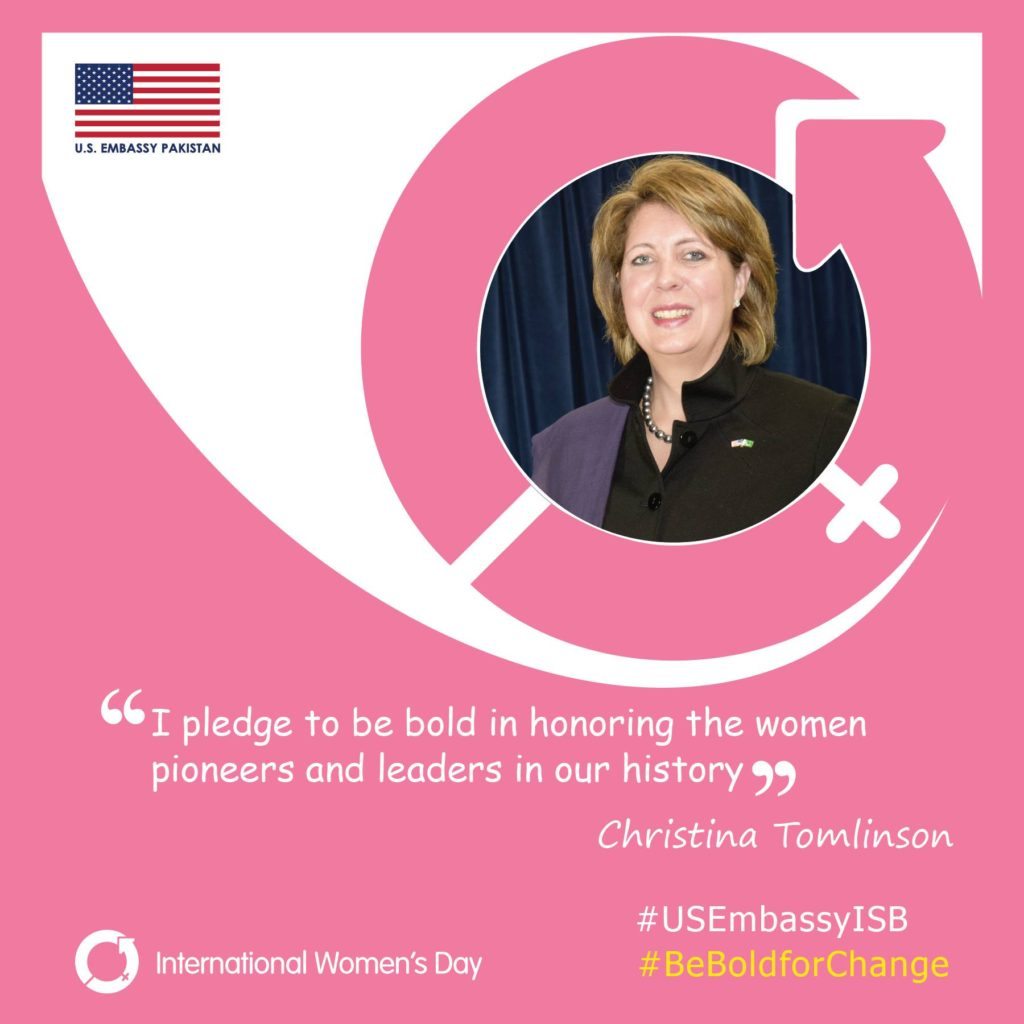 Other than various US officials taking part in the #BeBoldForChange campaign, various contributions have been locally made from Pakistan as well.

In his pledge for the campaign urging diversity and a better world, Alee Hashmi from Pakistan, offered his support for women, especially, working in the field of arts. In a country struggling with basic amenities, studying and pursing a career in arts is considered a luxury many can not afford. 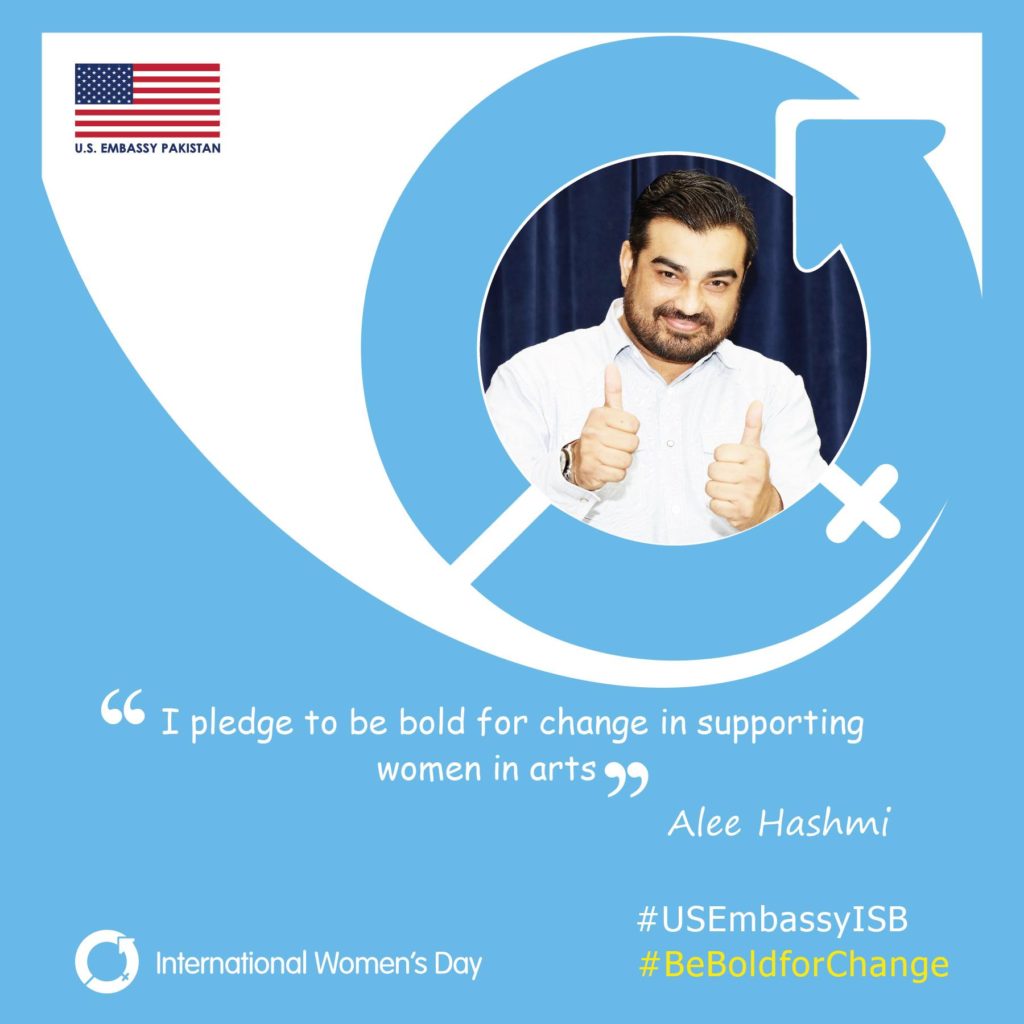 Rahat Yasmeen from Pakistan, has contributed to the #BeBoldForChange campaign by pledging defiance to the stereotypes. The approach to conform to conventions not only promotes an archaic structure of the society, but it also proves to restrict progress. 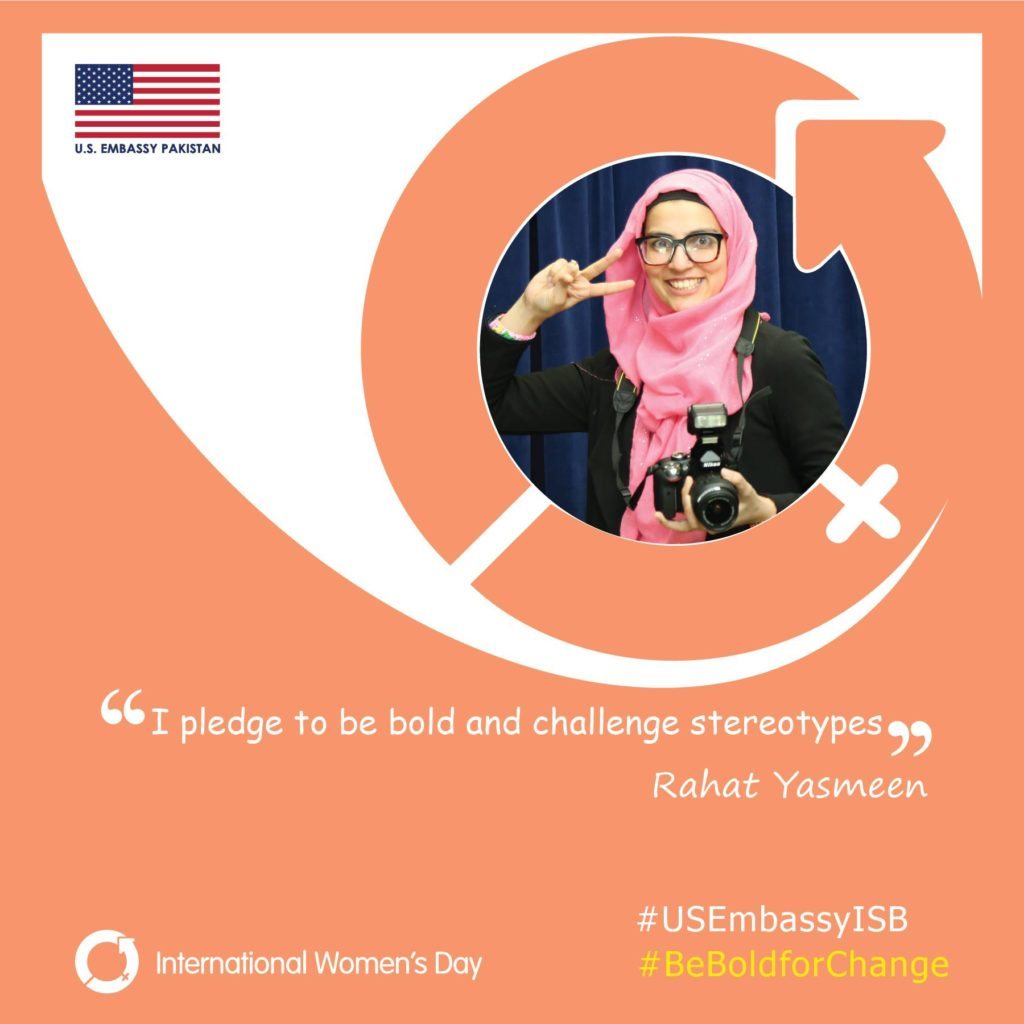 Another contribution of pledge from Pakistan has been by Nadia Kamran. In her #BeBoldForChange pledge Kamran has vowed to support women in attaining economic empowerment. Financial independence is one of the core building blocks of personal freedom, a concept mostly lacking in the third world economies.

If you want to contribute your pledge to the cause of #BeBoldForChange, you could get in touch with the Department of State — Office of Global Women’s Issues.