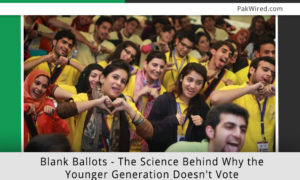 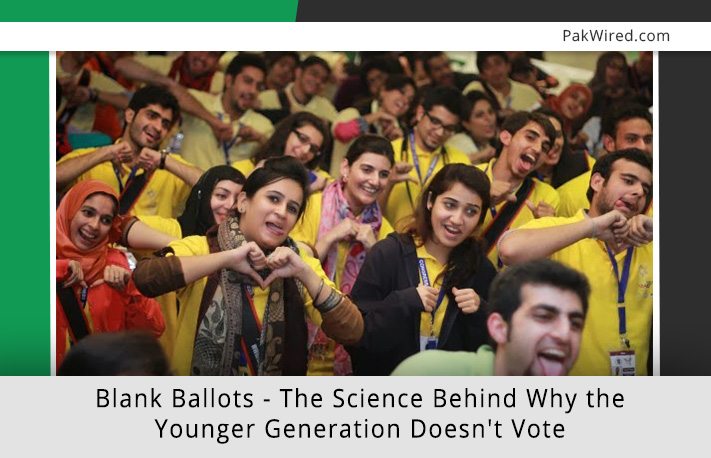 My generation, the millennials, also sometimes known as generation Y often gets bashed in a lot of situations. Many of the major points in our charge-sheet involve accusations about being selfish, lazy, and self-involved, and sometimes not involved enough.

Truth of the matter is, however, that these are issues that every previous generation might have with the younger one. But still, when it comes to actually plan and vote for the upcoming years, the accusation of laziness, at least, sounds like one that is more or less accurate.

According to recent surveys conducted by the Center for Information and Research on Civic Learning and Engagement in America, out of 26 million eligible voters, only 26% turn out to vote. This means that an alarming 74% of the voters simply don’t cast a ballot and hence have no part in deciding the future of their own country.

This gives rise to a major question: why? What is holding millennials, not just from America but all over the world (because this trend is one that can be seen in this generation all around), back from casting a say in the future of their country for the upcoming tenure?

Contrary to popular belief, the young generation isn’t actually as disgusted with politics as it may seem. With the age of the internet, this generation is more informed on any and almost all issues than any generation that came before us.

The question of why, though, can be answered in a very simple sentence: many young people think that politics does not affect them directly. According to the aforementioned survey, many millennials, especially students, are not away that they are contributing towards their country and drawing from the benefits of the political system every day, for example: taxes and Obamacare (In America) respectively.

A Pew survey conducted in 2014 revealed that this generation has the highest levels of student loans, poverty and unemployment and the lowest levels of equal wealth distribution, and personal income than Generation Xers and Baby Boomers had when they were our age.

Apart from these quantifiable issues, we also have many sexual and gender-role related issues as well as the race debate to take care of.

And still, in all this, this generation is also the most upbeat and optimistic about the future because it believes that the future will still be better than the past. However, how we are supposed to get to that future is something that everyone has a separate set of opinions on.

Pew determined that the same independence that is drawing Millennials away from other institutions like marriage and religion comes at play when we decide that we don’t believe in the institution of the government or political parties either because at the end of the day, there’s a lot of hype and a lot of hue and cry that yields not even a significant fraction of the policies and benefits that were promised us initially.

Looking at the world of international, specifically American politics, the politicians seem to have grasped on to this stereotypes that Millennials are both shallow as well as lazy so the only way to appeal to them is to appeal to the side of their minds that draws them towards being ‘cool’.

If we look back at the immediately recent stream of youth-related politics, we’ll find examples of politicians coming down to, what they’re perceiving as, a young voter’s level and trying to relate to them on every platform from asking them to invite their crush to a political rally to ‘impress’ them to helping some young, rowdy ones do a ‘keg stand’.

But it became more than painfully clear this past American election day when 74% of America’s young voters chose to remain mum and only chose to head towards the street after election day when the results had already been finalized-to protest- that these efforts to draw voters out had been futile and honestly, if a person won’t go out and vote for their rights, why would they vote for keg-standing politicians?

Unfortunately, this trend isn’t just isolated to just one country, we saw this trend in the Pakistani elections as well as in other countries in both the European as well as the Asian region.

It is no hidden fact that a lot of the things we take for granted come from the people we vote for and to not show our support or even our dissent is the reason behind why the people we don’t like or approve of come into power and why the ones we do want, don’t.

Hence, this election day, whenever it may be, do me and yourself a favor. Go out and use your paper. Go out and vote.