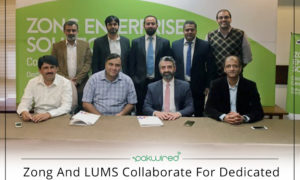 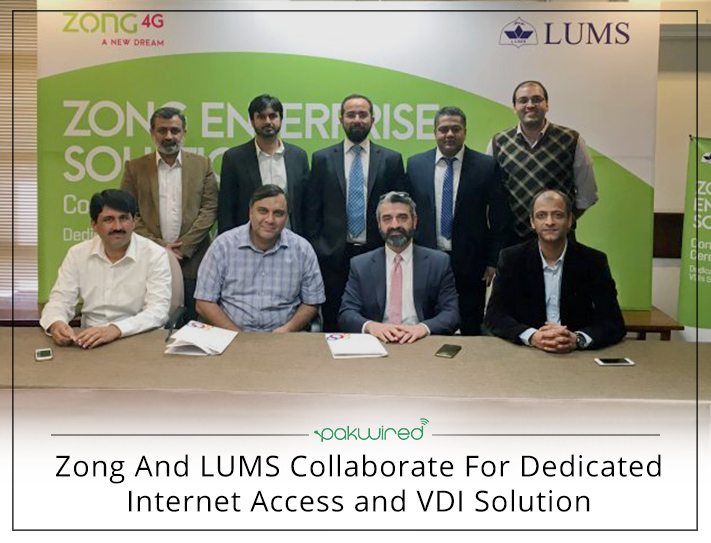 ZONG has been a pioneer in innovative technology solutions in Pakistan. With many expansion plans on its way, the company has recently joined hands with Lahore University of Management Science (LUMS), Pakistan’s top of the line educational institute. The collaboration would result in Dedicated Internet Access (DIA) and Virtual Desktop infrastructure (VDI). These two technology solutions will increase the efficiency and flexibility of growing businesses. These services will primarily benefit the enterprises that require very high speed internet.

A ceremony was held recently in which an official contract was signed between ZONG’s management and LUMS authorities. The two entities have a strong relationship which has been strengthened further with this latest contract.

Earlier, ZONG had established a small service centre at LUMS campus in an efforts to facilitate the students and the administration. This centre promotes all the latest offers and also extends their 4G internet service. Additionally, ZONG has also established a state of the art 4G laboratory at LUMS campus.

ZONG has launched Dedicated Internet Services or Dedicated Internet Access (DIA) which is targeted towards businesses that require high speed internet. Some entities with high capacity requirements will utilize this service. DIA is not only secure but its high speed internet will extend a specific amount of bandwidth to these corporate customers. Interestingly, DIA service is synchronous in nature as it enables the customers to download and upload simultaneously.

Virtual Desktop Infrastructure (VDI) is based on a virtual technology. The administrator could run a desktop operating system from a central server and manage it from a data center. Every user is allocated a specific virtual system running on a separate operating system. This feature makes it highly flexible. Moreover, it also gives the central server the authority to make changes; such as install or uninstall an application or make other changes.

ZONG On Its Way To Invest $200 Million

ZONG has been performing exceedingly well during the last few years as the company has broken all records of highest 4G subscribers exceeding $2.8 million mark. Apart from the massive investment of $2 billion that ZONG has invested in Pakistan so far, the company has also confirmed an additional amount of $200 million for further network expansion. Moreover, Zong’s 4G currently covers more than 300 cities in Pakistan.