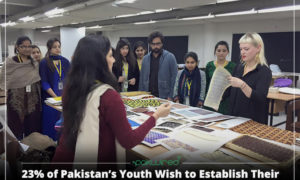 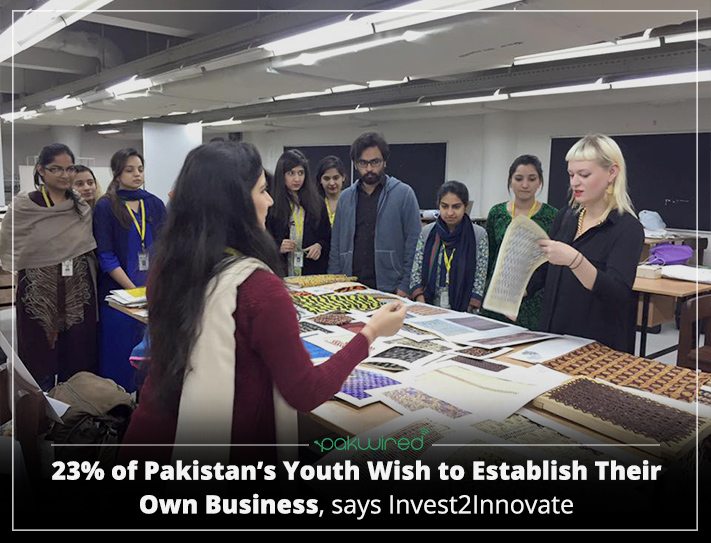 With more than a million people signing up through smartphones, ecommerce has become a vital source of such transactions. A regular figure of 40 million people is subscribed with 3G and 4G which is expected to increase to 90 million by 2020. Pakistan is world’s sixth most populous country with the population of 192 million. Being aware of the new trends and conditions, 23% of Pakistan’s youth wish to establish their own business, says Invest2Innovate (i2i).

In Pakistan, the trend of business is rising slowly and gradually. US based private research institute, Institute for Economics and Peace declared that rate of terrorism in Pakistan has dropped to the lowest as compared to conditions since 2006.

Also Read: An exciting story of a truck art inspiring a Pakistani startup

Keeping this in mind, China has declared to invest almost $60 billion of its capital. China is determined to build a trade route connecting the South Asian countries. Project ‘One Belt, One Road’ is already in progress as a part of it.

In addition, China is also helping in establishing hospitals, schools and sports goods in Pakistan. It has already kept reserves for the construction project of energy plants and transportation.

According to the Wall Street Journal, Pakistan has witnessed an economic shift due to its flourishing middle class. As compared to 95,000 sales in 2000, last year over 2 million motorcycles were sold in Pakistan. Similar growth can be seen in other consuming goods like smartphones, clothing, western food and tools for home.

As per UNDP study stated in i2i’s tech ecosystem, unfortunately the youth is still “clueless on the procedures and requirements”. However, the increasing growth in startup accelerators, employment rate and government projects provide a huge support for the local startups.

Ambitious initiators can implement their ideas by choosing between 25 such initiatives. Invest2Innovate‘s introduction of a survey map of Pakistan’s startup ecosystem reflects this initiative. People can claim data points as the map is live and developing, but the i2i’s team will expose them to restraint. The point of it is to make it a base as the industry develops.

However, this activity is carried out in the major urban cities like Karachi, Islamabad, and Lahore. Small part of the service is also centered in Peshawar.  The main focus is to disperse this support for startups in twin cities and build relations with colleges and other institutes there.

Investment and Support of Foreign Institutes

In previous years, institutions such as US State Department, United Nations, USAID, and DFID (the UK Aid Agency) have been a great support to entrepreneurs physically and financially, adds i2i.

With various business giants keeping a close eye on tech sectors, upper class families in Pakistan are also excited. They are also investing in a multimillion dollar seed fund association hurled in January and looking forward in tech sectors.

To improve the complex and dense business environment, it is necessary to regulate more initiatives in the country.

Due to the odd tax policies, startups are also exposed to higher rates than developed businesses. This is also affecting the higher VC pool growth. Funds that don’t identify their various investment strategies are termed to be ancient.

“The increased amount of activity since […] 2014 is not only encouraging, it’s validating. The activity speaks to the energy in the country, and the local desire to affect change through entrepreneurship”