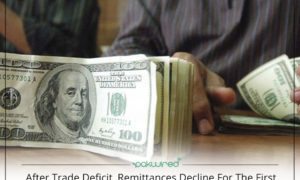 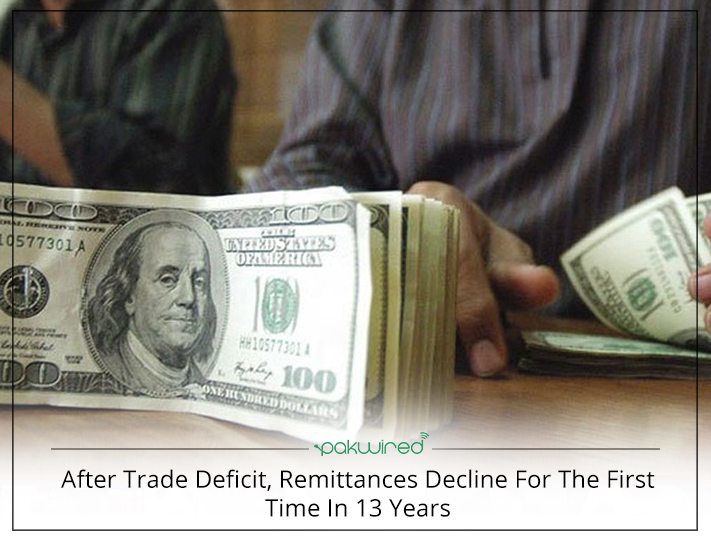 According to statistics released by the State Bank of Pakistan (SBP) on Monday, a decrease in remittances has been observed for the first time in 13 years.

Also Read: Pakistan faces a 7% cut down in in foreign remittances in April

The trade deficit of Pakistan also received a blow to the head as there was a great decrease in exports and at the same time, an even greater increase in imports. For the past five years, the growth in remittances has been covering up the decrease in trade deficit however, now remittances are also facing a decline. Trade deficit has been decreasing on a year-on-year basis. Previously, it was reported to be $8.9 billion and has increased to $10.6 billion during the period of July-May 2017.

The gap between the trade deficit recorded recently is said to be the double of the gap recorded in the first 11 months of the previous fiscal year altogether. The current account deficit is expected to reach an amount of $12 billion. This huge increase in account deficit might have a great negative impact on the foreign exchange reserves and has the power to destabilize the exchange rate regime.

Quick Read: India at the top, Pakistan at fifth position in global remittances