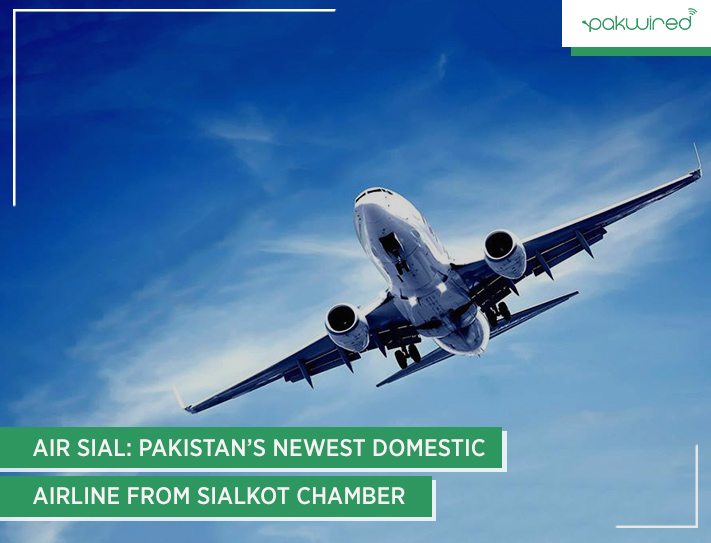 A new domestic airline, Air Sial, is on its way to be launched in Pakistan as Sialkot Chamber of Commerce and Industry has been granted a commercial airline license to operate in the country. This is a major and pivotal step by the chamber in the aviation industry of Pakistan. The license has been issued by the Civil Aviation Authority (CAA) with an aim to launch new domestic airline in Pakistan.

According to the sources, federal government sanctioned the application of Sialkot Chamber for establishing a brand new airline. The aviation division from the Cabinet Secretariat of Government dispensed the approval notice to the CAA.

In the past Sialkot Chamber has already been successful in establishing and operating a commercial airport in the city. This is one of the primary reasons federal government approved their request of setting up a new commercial airline.

In order to secure the air transport license, the management of Air Sial will have to comply and meet the necessary requirements of CAA. This process will take a minimum of 6 months to fulfill the civil regulations.

Air Sial will be the 4th private airline of Pakistan

Air Sial is going to be the fourth private airline of Pakistan. At present, there are three private sector airlines which are currently operating in the country and they are:

Bhoja Air could have been the fourth one; however, it was forced to shut down all its operations in the country after the Islamabad plane crash. Additionally, 2 aircrafts of Indus Air were severely damaged in an attack at Karachi airport few years ago and the company couldn’t replace them until now. As a result, they had to close their operations too.