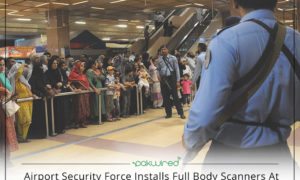 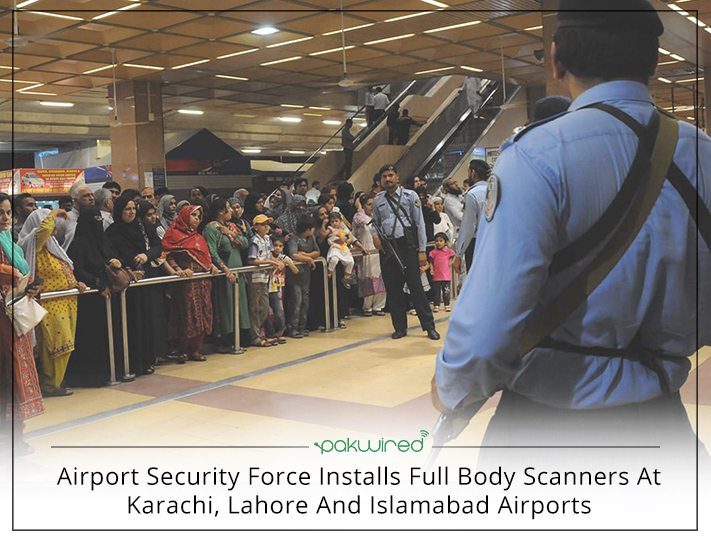 To boost the security level at major international airports in Pakistan, the Airport Security Force (ASF) has placed full body scanners. These scanners are installed at Karachi, Lahore and Islamabad airports. The notion is to amplify the level of security besides making searches easy and faster.

The officials of ASF stated these scanners are initially installed in 3 major cities of Pakistan. Moreover, this is the first phase of the installation and these will assist ASF and various other agencies to curb the peril of trafficking drugs. In addition, these scanners will also help in overcoming the smuggling of several other illegal imports.

While speaking to the media, the Deputy Director of ASF General Brigadier Imran-ul-Haq said that these scanners have been bought for whopping Rs150 million. Additionally, he also made sure that the scanner poses no threat to human health at all. He said:

“These full body scanners are very effective and don’t have adverse effect on human health. After the installation of these scanners, incidents of hand-body search will be curbed”

Scanners to be installed in other cities quite soon

According to the official of ASF, these body scanners will soon be installed at all international airports within the country.

The deputy director said that placing these full body scanners is a part of the upgradation of airport allied equipment. Consequently, all the weapons and gears used by the ASF will soon be elevated too.

Airport Security Force will be functioning these scanners. However, Civil Aviation Authority (CAA) will be involved in its maintenance.

There has been number of smuggling cases (mobile devices and drugs) of late. Do you think these scanners will somehow cease or lower the number of such cases?