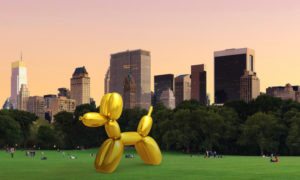 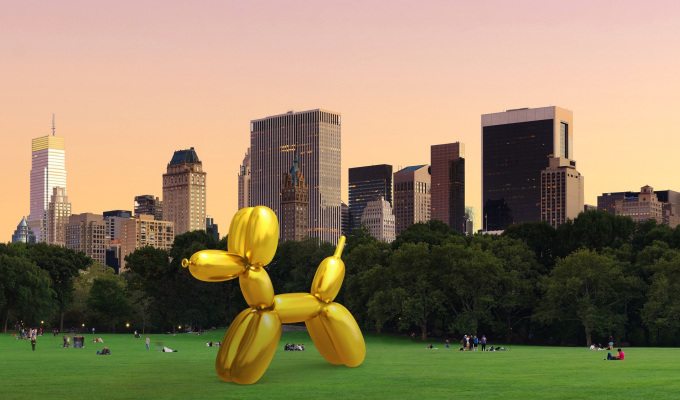 Snapchat plans to experiment with augmented reality framework by installing art works by famous pop artist Jeff Koons at various locations round the globe. The art work will pop up on various locations through augmented reality and users can see the artwork once they hold up their phones. At the moment, the launch is featuring the artwork of only one artist. However, snapchat is encouraging other artists to sign-up to feature their art pieces as well.

According to a source, Snapchat has based this feature on a technology owned by an Israeli artificial intellgience startup which the company purchased last year. Koon’s artwork will be available at famous locations and would appear when users will use their phones for photos.

Facebook had also made similar announcement during April this year to launch augmented reality artwork in physical locations. However, the teaser it gave (a graffiti mural artwork by Heather Day) was way smaller as compared to the giant balloon piece reveal by Snapchat. 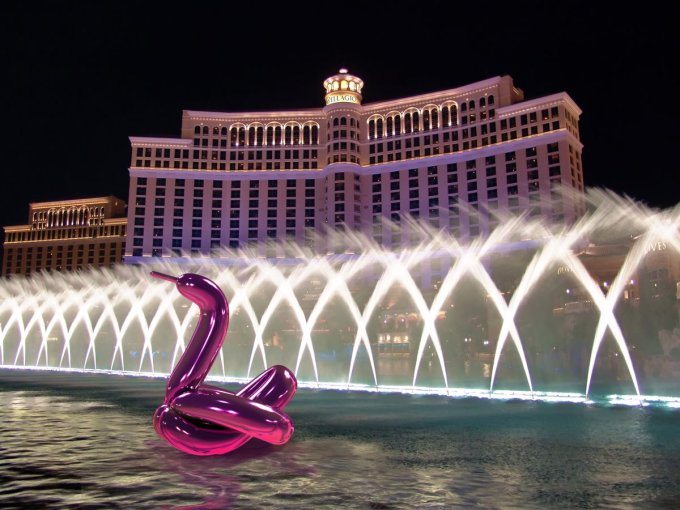 Snapchat leaked the real look of its augmented reality

Interestingly, Snapchat released a URL “art.snapchat.com”, which had the picture of Central Park in the background showing a countdown reaching 3PM Eastern Time on Tuesday. Later, when the company was inquired about this launch leak, it gave a statement of “we’re excited to share more soon”.

This strategy makes it clear that it is a deliberate attempt by Snapchat to reveal the first look of this new feature and make a big deal out of it. Additionally, many tech gurus have been able to trick the website by using the time period hack. Thus, making the company’s countdown strategy totally void. Skeptics also believe that this was what the company wanted in the first place. Although Snapchat has blocked this hack now but the video has been released on YouTube already.

One of the readers revealed this video in which Snapchat’s collaboration with Jeff Koon is visible. It shows the famous blow-up animal balloon pop art piece of the artist kept in Central Park.

According to the new feature, whenever a user will be near a registered Snapchat art piece, a special lens will appear. This will guide the user about the directions unless the location market is in frame. Once reached, the user will see the AR art piece on their phones. It is also been speculated that the user might see the ART on its Snapmap. However, nothing is confirmed as yet.

“Discover Koons’s innovative digital installations scattered across the world to experience them for yourself, and learn a little more about them”

The company plans to regain its sluggish growth pattern

It is expected that the ART launch can aid Snapchat to revive its sluggish growth pattern shown recently. The company had been missing its revenue targets amid rising competition from Facebook and Instagram. However, Snapchat’s share price has seen a respite as it hiked up after suffering from record low in August this year.

The new feature can hide some content on the digital platform from the physical location thus increasing the user curiosity about what might appear if you kept your snapchat open. Therefore, it looks like a very attractive feature for users to hook to Snapchat as the app is already very popular due to its geofilters. Many tech experts believe that once successful, it may even surpass the Pokemon Go craze.

Nonetheless, the biggest challenge for Snapchat will be to take ART feature to other physical locations of the world and not just limit it to famous cities. Snapchat has to include many outside developers and artists in order to expand this feature and increase its user base.