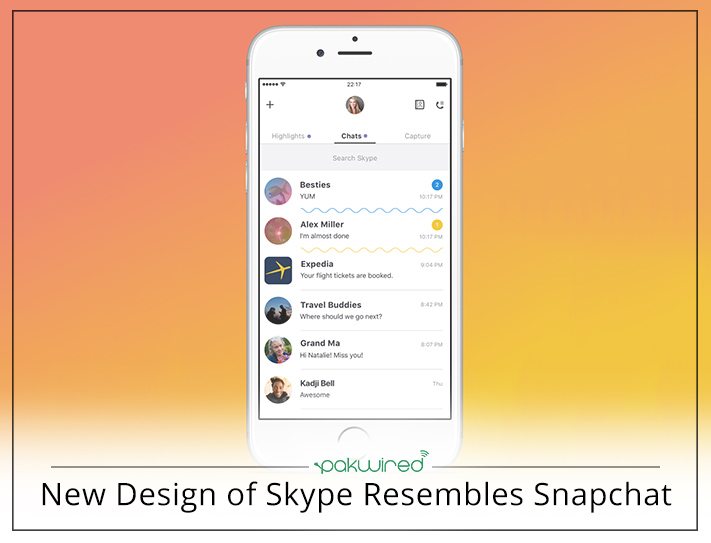 After many attempts to revive the most popular Skype, Microsoft is still struggling with its purchase as it has redesigned the video and audio call service multiple times. Once again, Skype is in the news for revamping its design called “the next generation of Skype” that primarily focuses on messaging.

Since its purchase six years ago, Skype has been facing several issues despite continuous design changes. Although the tech giant has been innovative with the messaging service when it comes to adding new features such as free group video calling and Skype for web but it has struggled to sustain a set of features and also keep its design persistent. Skype has tried its best to provide competition to other services such as Facetime, WhatsApp and Messenger. However, nothing substantial has been achieved so far.

Skype has always been known as an audio and video call service but in the recent past many new services such as iMessage, WhatsApp, Snapchat and Messenger have dominated the world of conversations. The redesigned Skype offers three parts of a conversation; find, chat and capture. The find option allows you to search restaurants, images and enables you to add-ins content from Youtube or Giphys etc. In addition, it has the basic conversation feature with emoticons and picture adding option. The third option is to capture the image.

Also Read: You can now use WhatsApp, Messenger and Skype all at once

The new design of Skype has many snapchat-like features

The capture option introduced in Skype is very similar to the most famous Snapchat. Once a user opens the camera to take a picture or holds it for a video, various designs changes will appear. Once a user records something an uneven line appears that depicts the amount of time being recorded. The same line also shows when other contacts are typing and when calls are being connected. Another striking similarity to Snapchat is the option to add stickers, text or comment once a video or an image has been captured.

Skype has also taken inspiration from Snapchat stories which is called the highlight feature. Highlight option allows the user to post a photo or a video stream which others can view and react with different emotions. The new Skype design has stressed more on the chat features. It allows the users to react with emoticons during in-text or video based conversations.

Other than chat, the calling option has also been revamped with the ability to drag and drop other contacts during calls. Furthermore, the option to put emoticons is also available during calls.

The redesign offers many features but unfortunately most of features have nothing innovative to offer. Most of the competitors are offering very similar features other than the universal search option which looks like a saving grace for the new version.

Microsoft has launched Skype for mobile users first and soon it will start for desktop users as well. In terms of software, Android devices will be the first ones to use the service and iOS, Windows and Mac will follow suit.