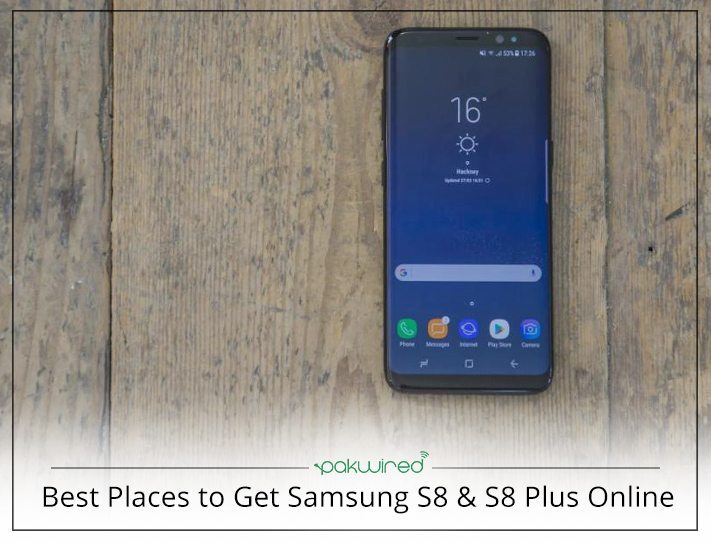 Samsung has recently launched its flagship handset, the Galaxy S8 and the S8 Plus. People all over the world have been scrambling to get their hands on the latest gadget goodies as soon as possible. Finding the best Galaxy S8 deals can be a bit of a minefield, but lucky for you, we’ve taken care of all information so you don’t have to. Read on to find out where you can get the best Galaxy S8 deals this year.

At 5.8-inches and 6.2-inches Samsung’s S8 and S8 Plus handsets sport Super-AMOLED displays that are near edge-to-edge curved. The two rounded edges make it appear as though the front of each device is all display.

Also read: Samsung Galaxy S8: Specs, Price And Everything You Need to Know

In addition, they have an improved battery technology, Samsung’s most advanced ever. The S8’s are the company’s most prolific smartphones thus far. Now that you know a little more about the capability of these devices, here are the best Galaxy S8 deals.

Both the S8 and S8 Plus are available unlocked on Amazon.com. Both the handsets come in three variants— Silver, Gold, or Black. Available for delivery no later than May 4th, 2017 and would be purchased via the seller Wireless Everything. It’s noteworthy that this device is the international version.

The price of the standard unlocked S8 including Free Shipping is $999.99. The unlocked S8 Plus is available in $1299.99 with free delivery.

If you prefer a more proactive approach and are concerned with saving your money, AT&T has the two handsets on sale for $750 and $850. If you want to take out a monthly contract, the S8 starts for around $25 upfront cost and a reasonable $28 per month after that.

Additionally, One bonus! You would end up with a free Gear VR to be the coolest person on the block for a while. It is perfect for testing out that new infinity display, and venturing into the spectacular world of virtual reality.

Like AT&T, Verizon is also offering a Gear VR with the purchase of a pay monthly contract S8 or S8 Plus. However, while the upfront price may be a bit lower at $720 and $840, its monthly price is not. You will have to pay $30 and $35 per month to get your hands on this offer. In addition, you should expect to get the Gear VR a little after the handset.

If we could rate, Ebay might actually come first for the best Galaxy S8 deals of the unlocked variety in the list. Both the handsets come with a manufacturer’s warranty and 99.9 percent positive feedback of customers. Moreover, you can have them in Gold, Silver, Black, Blue, or Gray.