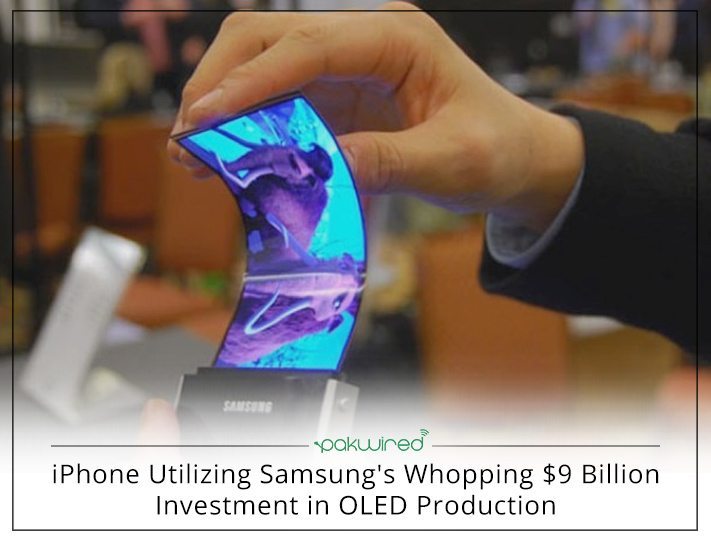 Samsung has been quite cheery about the Galaxy S8 – its first phone to be launched after the enormous Galaxy Note 7 disaster. Although the S8 is expected to boost up the company’s sales, Samsung is thoroughly upbeat for the launch of iPhone 8 this year, as it will be Apple’s first phone to support an OLED display.

Another report from South Korean news site The Investor says that Samsung Display is planning to expand its OLED production. According to the sources, $9 billion will be spent by the company on this expansion.

Also Read: Samsung Galaxy S8 – Specs, price and everything you need to know

The chief reason Samsung Display has chosen to expand its production is due to Apple’s decision to move to OLED displays. However, Apple is still aiming to dominate the mobile market, and sooner or later, other mobile producers will follow its lead. OLED screens have been used by Samsung for a very long time in its smartphones while Apple chose to use the LCD technology and extend it to its highest limits.

Quick Read: iPhone 8 – What we know about Apple’s next big product

The reason why Apple chose Samsung Display as the supplier for its OLED iPhones is because Samsung currently possesses 95% of the market. Even though its rivals are heavily investing in their OLED production sector, Samsung has the upper hand in the overall production of displays.

Samsung is also planning to provide their OLED displays to other companies while keeping the business running with Apple side by side. It was reported that Chinese smartphone manufacturers are also expected to shift to using OLED displays in their future smartphones. 70% of Samsung phones are currently using the OLED displays and this is not limited to high end phones.

According to latest reports, it was revealed that 2 OLED display contracts have been signed between Samsung and Apple for a total of 160 million OLED panels. The reason as to why Samsung prepared to confer such a great amount of cash to expand its OLED production limit lies in the fact that Apple consented to pay $4.3 billion for 60 million OLED displays.