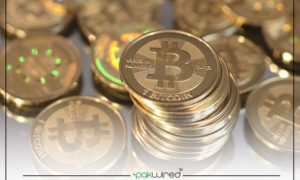 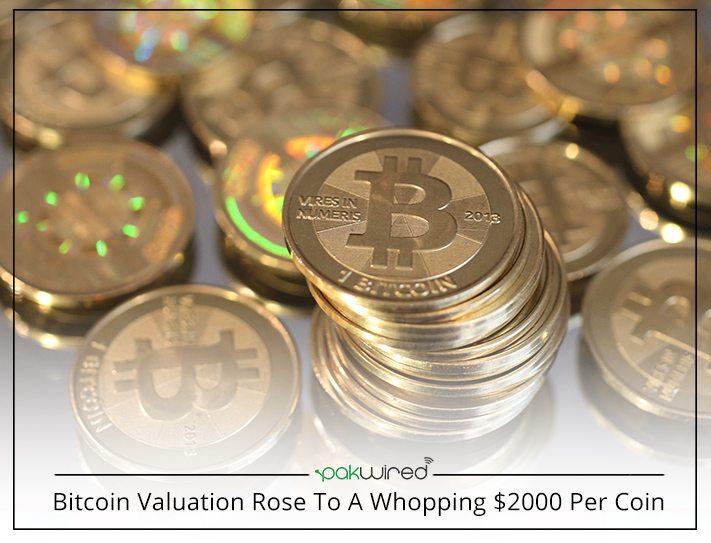 The valuation of crypto-currencies has seen a tremendous rise over the last two years with Bitcoin being the most popular commodity, now touching a value of $2000 per coin. As per a renowned Bitcoin exchange, Coinbase and Kraken, the total market capitalization (total number of Bitcoin in circulation) of Bitcoin has reached $32.92 billion. As the coindesk data shoes: 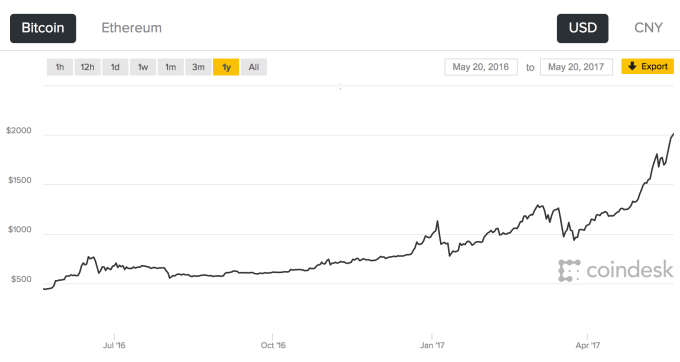 Persistent high trend in Bitcoin and other crypto-currencies

Although Bitcoin had touched a benchmark of $1000 mark earlier in 2013, however it could not sustain that level due to a number of factors; including the closure of Mount Gox, a top exchange at the time. This brought a major slump in its valuation. The currency, though, has found a respite recently and started stabilizing when a few financial institutions started accumulating it. Additionally, with the introduction of some new policies in China, Bitcoin touched a $1000 mark by December 2016.

This price bubble has positively affected other crypto-currencies as well. Ripple, known as the centralized currency which could be a settlement protocol for banks, has also seen major valuation hike rising 10 times its value within a month. Hence, becoming the highest valued crypto-currency after Bitcoin.

Ethereum, which has been designed to work as a block chain based computing platform for developers has also more than doubled trading at $130 per coin. Its total market capitalization has reached appropriately $12 billion.

Initially, Bitcoin was dominating the market cap among all these crypto-currencies. However, the share of Bitcoin has slumped to 47% in market cap from 80% earlier. Consistent increase in Bitcoin value is one of the major reasons for other crypto-currencies to get more limelight. 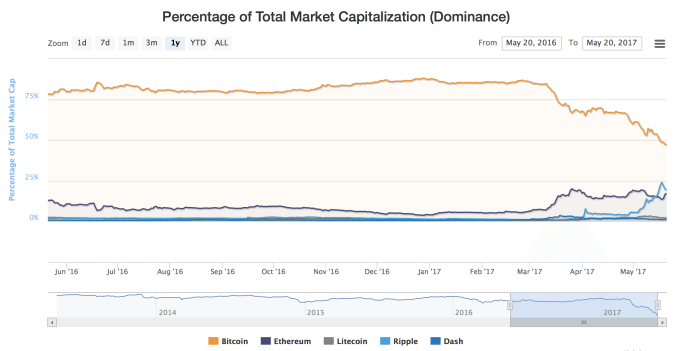 Bitcoin has become so large in term of circulation that it has become very difficult to track transactions unless a heavy amount is paid in the name of minor’s fee. Although this issue could be resolved by controlling codebase of Bitcoins but many miners fail to arrive at a consensus to make this a protocol.

If we assume that these currencies could replace something with a tangible value like gold, then the market cap of $70 billion is minimal as the total estimated value of all mined gold hovers around $8.2 trillion. Nonetheless, total worth of all crypto-currencies equals less than 1% of all gold reserves and less than 5% as compared to all currency in circulation.

Although the current bubble of Bitcoin reaching an all-time high of $2000 doesn’t look realistic but some experts believe it can touch a figure of $10,000. However, it can only be done if the regulators solve the scaling issue in order to boost investors’ confidence in this form of investment.