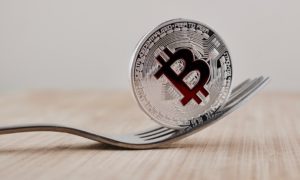 2017 has turned out to be a great year for Bitcoin and various other cryptocurrencies. Just moments ago, Bitcoin value has finally crossed the $6500 mark (at the time of writing this piece), reaching yet another all-time high this week. It is relevant to state that the price of one Bitcoin has increased by more than 500% this year.

The value of the cryptocurrency continues to flourish as it keeps climbing upwards with each passing day. In the last 24 hours, the Bitcoin traders have purchased Bitcoins worth $2 billion in BTC trade volume. The market capitalization of Bitcoin has also reached mammoth $108 billion.

Also Read: Bitcoin market on a steady rise in Pakistan

Why is Bitcoin on a continuous rise?

“This has led to the expectation that forks are a good thing as by hiving of fanatical elements progress can be driven forward more swiftly as well as the opportunity for private key holders to have stakes in both chains with their independent policies and tenets.”

“The result is demand buying bitcoin and price moves prior to the fork as participants clamor to claim their free money with Illiquid futures markets acting as proxy for value. The value depends on the community assessment of the veracity of the plan which often are marketing drives combined with overtures based around one key point.”

Japan is bringing a lot of Bitcoin demand

Couple of months ago in August, Bitcoin Cash also faced the same fate which eventually led to plenty of Bitcoin trade volume. There was a slight dip in the Bitcoin’s value but it got stable few days later. Moreover, the people of Japan are crazily purchasing Bitcoins which is essentially contributing to the demand of the cryptocurrency. Japanese currency, Yen is currently dominating the market by 62%.

As far as Bitcoin gold fork is concerned, Charles said:

“The lure of free bitcoin gold is thought to have contributed to the recent rise to $6200. The capacity for the crypto-community to create value out of ‘thin air’ is well founded. The ability of Bitcoin forks certainly has a lifespan but investors, opportunists and the community will most likely lose their appetite for such hard forks as it is logical to focus innovation on one primary chain.”

The experts believe that Bitcoin will cross the $7000 mark in the next 15 days. With the cryptocurrency currently standing at $6500, the forecast seems to be legit.

Do you think Bitcoin would continue to amplify in the upcoming days?