**Editor’s note: Bitcoin is a fairly recent addition to the global market of currency trade. For our audience in Pakistan, the idea of crypto-currencies is equally new as well. Given the international market sentiment towards the currency, and the ambiguity that surrounds it in Pakistan due to the lack of any government position over the matter, there has been a dire need to educate the operational pros and cons associated with the currency dealing. We’ve always been committed to share meaningful information with our readers, and for this purpose we are initiating this discussion here. Our pages are open if you want to share an alternate opinion in response to this Guest post.
Any opinions, findings, and conclusion or recommendations expressed in this piece are those of the author and do not necessarily reflect the view of the PakWired organization.**

On September 12, 2017, Jamie Dimon, most well respected CEO in US and current head of JP Morgan Chase, the largest bank in the US, made the following comments about Bitcoin:

“Do we have traders who trade it? If we had a trader who traded Bitcoin I’d fire them in a second. For two reasons: It’s against our rules, and they’re stupid. And both are dangerous.
…
I’m going to be really clear in this one. Forget the blockchain, that’s a technology… But… the currency isn’t going to work. You can’t have a business where people can invent a currency out of thin air and think the people buying it are really smart. It’s worse than tulip bulbs, OK?
…
And honestly I’m just shocked anyone can’t see it for what it is. The only good argument I’ve ever heard for it — and there is one good one — there may be a market for it, particularly if Bitcoin can keep itself to 21 million coins, if you were in Venezuela, or Ecuador, or North Korea… or if you were a drug dealer or a murderer, you are better off dealing in Bitcoin than US dollars. You are better off bypassing the system of your country, even if what I just said is true. So there may be a market for that, but it’ll be a limited market.”

The opinion, considered the person it came from, took the entire world of finance by storm.

Before we talk about his claims, let us see what impact his statement made on the four largest crypto-currencies when valued in US Dollars.

As can be seen, the largest crypto-currencies tanked by almost 10% within 24 hours. For currencies that are supposed to free us from the tyranny of the incumbent financial elite, that has been a disappointing performance.

Jamie Dimon said that Bitcoin as a currency will not work because it is created out of thin air. However, what he forgot to acknowledge was that this is exactly how the current monetary system works. The currencies that exist today are not backed by gold and/or silver. Central banks create it out of thin air (it is called fiat currency), and then commercial banks multiply it through the fractional reserve system of banking.

After the financial crisis of 2008, central banks in the developed world engaged in “Quantitative Easing” which is a sophisticated way of stating that they created trillions of dollars of currency out of thin air and deposited it with the commercial bank (where Jamie Dimon’s JPM Chase has been one of the largest beneficiaries). So in a way Bitcoin is exactly like existing currencies: both are created out of thin air.

However, the bitcoin fans disagree.

They insist that bitcoin issuance is limited to 21,000,000 bitcoins (referred to as “ceiling”). Hence, there is a ceiling to number of bitcoins that can be created. Whereas Central Bankers can create unlimited amount of fiat currency. The interesting argument that has arisen now is that forking of bitcoin into Bitcoin (BTC) and Bitcoin Cash (BCH), that happened in August 2017, has adopted exactly the SAME practice.

Also read: Bitcoin split in two, here’s what that means

Forking has created a new currency and instead of dividing the value of the original bitcoin between BTC and BCH, the value of both currencies increased such that BCH – a currency which came into being in August 2017, has already become the third largest currency in terms of “Market Cap”. Both now have a limit of 21,000,000 coins, hence the ceiling has, in effect, been doubled.

Their argument is that while the fiat currency is printed under the government controlled Central Banks, bitcoin is democratic. It is the investors who decide the fate of the currency.

Well, that is not the case!

We can divide three groups of stake holders in bitcoin:

While miners and investors have invested actual hard cash in BTC and gain the most when bitcoin increases in value, the developers don’t get much out of it except for the prestige. Whereas miners have some leverage in the direction bitcoin proceeds as they are the ones voting with their computing power, investors have little or no sway. If anyone wondered what caused the August 2017 forking, it resulted out of a disagreement between some miners and exchange on the future direction of bitcoin.

Another such moment is arriving in November 2017 (don’t forget, you read it here, first) where miners and developers are going to be in the opposing camps. This upcoming gulf pertains to doubling the block size which the miners want in order to increase the number of transactions in a block, thereby causing more transaction fees for themselves. The developers, on the other hand, are clearly against it (despite having agreed to it earlier), as they think this goes against their principles or principles of Satoshi Nakamoto (original creator of bitcoin/blockchain). Come November 2017, we shall see if bitcoin investors have exchanged tyranny of government with tyranny of code developers.

There is a possibility we may see another forking in November and hence, an additional 21,000,000 million coins.

In Economics, money or currency has two main functions: it is a store of value, and a medium of exchange.

The currency derives its value from the backing given to it by government as a legal tender, as well as the medium in which the government accepts tax payment. Moreover, the function of currency is to facilitate transactions, trade etc. When governments issue money and increase money supply, they do not do it so that people can hoard it in their bank accounts. Their purpose is to nudge corporations towards making new investments and people to spend money which will result in economic growth and eventually more tax revenues from the government.

Does Bitcoin serve the same purpose? The answer is clearly no.

With the way bitcoin price has been increasing, no one (with the exception of censorship resistors and drug buyers to which I will come shortly) has been buying bitcoin to carry out transactions. Everyone bought bitcoins to hold (bitcoiners use the term “HODL”) and to benefit from the price increasing trend. 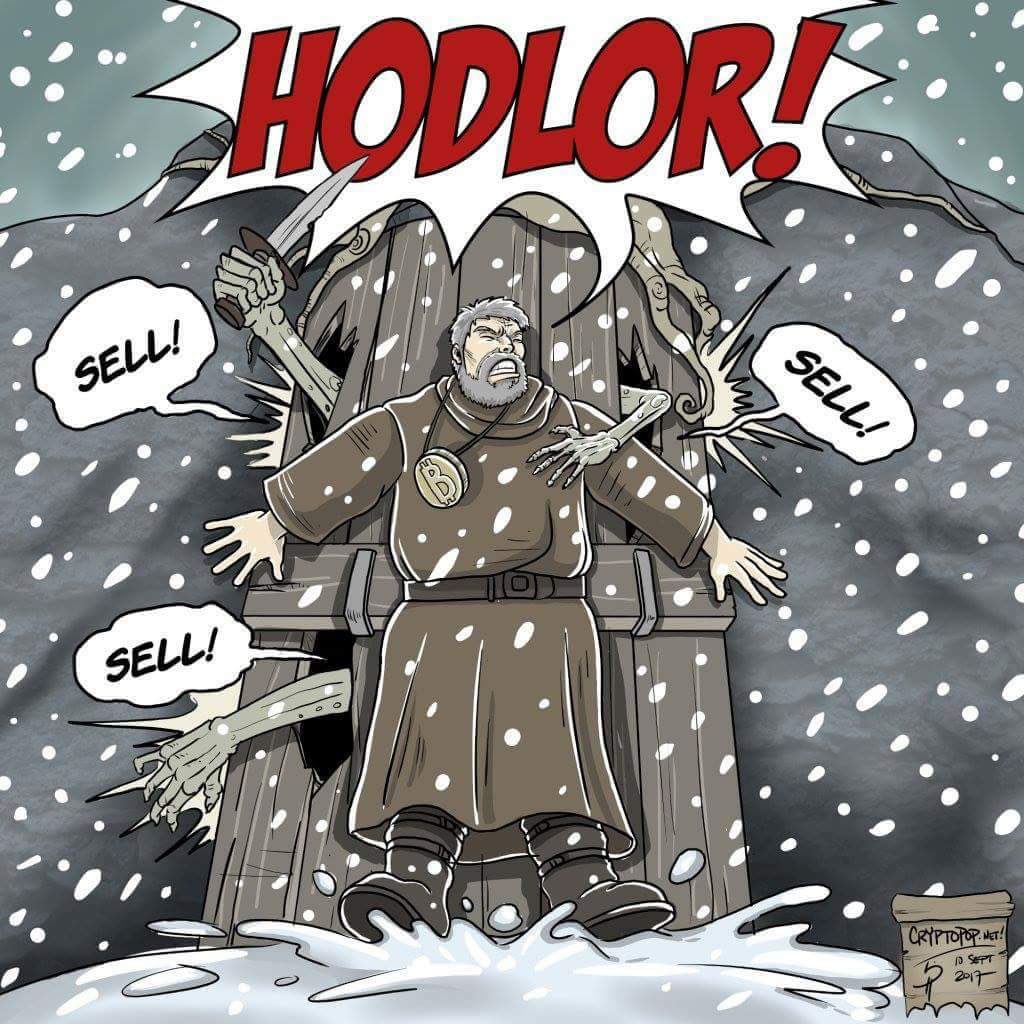 For example, why would you convert your 2,000 rupees into bitcoin and then use those bitcoins to buy a 2,000 pizza when you think that the value of your bitcoin holding can be 3,000 or even 10,000 tomorrow?

And why would I sell you pizza for bitcoins if I have to convert it back to rupees to pay for the gas, staff salary, raw materials in rupees? What if the value of bitcoin decreases between the time I sell the pizza and the time I have to pay my expenses?

I will have to come up with the difference. Unless everyone moves to bitcoin for their transactions, it is a very inefficient medium of exchange and only good for speculation.

Most of the people who are investing in bitcoins are investing in it for price increase similar to how people invest in stocks or gold. However, the difference here remains that stocks get you dividend, or at least an ownership share in the underlying business and gold has some intrinsic value as jewelry and its heritage. Bitcoin doesn’t have any such characteristics.

Is there any value in bitcoin?

So far we have learnt that Bitcoins can be created infinitely by forking; are susceptible to tyranny of developers or miners; and most of the time make up for a highly inefficient medium of exchange.

Is there any economic value in Bitcoin? The answer is yes.

When you store money in a bank or transact money through a bank, or deal in government currency, the government can seize your money. The bitcoin, on the other hand, exists on blockchain, which is a distributed ledger with no single point of failure and secured by a private key which is only known to you. If no one knows your private key, no one can have access to your bitcoins.

However, blockchain is a transparent ledger as one can see all the transactions that have taken place since the beginning. With the computer resources governments have at their disposal, they can trace patterns and use them to identify suspect accounts and if the buyer/seller isn’t careful with his precautions, governments can find out who is engaged in illicit activities and apprehend them (though whether they can access his/her bitcoins depends on how if they are able to get access to his private key).

But for most of us law abiding citizens, we keep our money in exchanges such as Coinbase etc. These exchanges ask for your ID and hold the private keys on our behalf. They also share information with government agencies and if they receive an order from government to seize and handover your bitcoins they will do so. By using an exchange, we have almost defeated the benefits of bitcoin.

There are newer cryptocurrencies such as Monero and Zcash which keep a public blockchain, yet try to anonymize the transactions by aggregating them. If those who are using Bitcoin for illicit trade move to other currencies which give them more anonymity, there isn’t any value to bitcoin.

It is the miners who are sustaining the blockchain and their wealth would be tied up in bitcoins. But if they decide that they have had it with the control of the developers, they will cash out their bitcoins and move to mining other currencies which shall bring down the value of bitcoin significantly.

Will this happen? Probably not, but the purpose of this piece has been to highlight the characteristics of bitcoin which receive very limited or no coverage in the mainstream media.

About the Author: Ibrahim Khalil is a banking and finance professional and enthusiast about all things fintech.