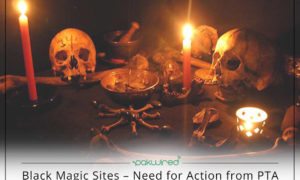 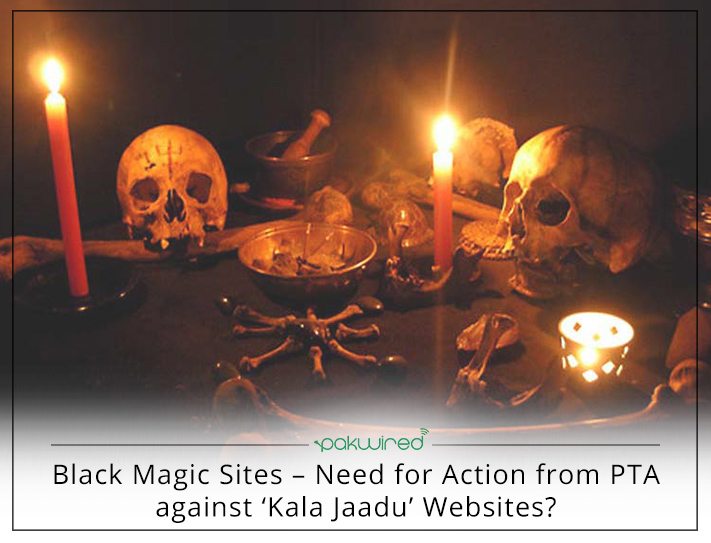 Pakistan, like many other third world countries in the world, has a problem when it comes to occult taking over the lives of people. Black magic, better known as ‘Kaala Jaadu’, and other such schools of the intangible mostly remain unnoticed despite causing plenty of social and societal problems in our local scheme of things. The ‘peer faqeer’ culture has been a source of shocking stories from time to time. These stories keep surfacing every now and then in our mainstream media, and despite the horrors, the practices continue to remain a profitable market for the practitioners of these dark arts.

The problem however is now reaching an entirely new and even more dangerous level. We have explored how damaging cyber world can be if not used well and now it seems that the artisans of the dark have made their way to the internet as well. A simple Google search of such keywords* and bam – there are sites that are openly offering tips about black magic.
(*Not sharing any URLs here to avoid directing any traffic to the said sources.)

Should PTA maintain a blind eye towards such websites?

Internet in Pakistan is regulated by stringent rules. It is a place where you cannot at times voice your opinions about institutes. Because of these rules and regulations, I’m adding a disclaimer here to say that I’m not stating whether such a censorship should or shouldn’t exist.

At such a place, in such a time, why isn’t Pakistan Telecom Authority doing more for a genuine problem? This is a real-life problem unlike some other issues that are censored without having a real impact.

The consumer rights acts have given consumers plenty of rights and one of them is always the protection of consumers against definite fraudulent entities. So in times like these, why are we having websites that are offering tutorials on how to ‘ap ka dilpasand mehboob chand hi dinoun main ap kay qadmoun talay’ kind of stuff?

Isn’t the job of the state to protect people from ignorance and protect their hard earned money? If such, why is PTA still not in action against such sites and why are they still online? Hope that PTA wakes up on this issue and puts it foot down – I’d rather have people get their ‘mehboobs’ with charming personality rather than fake charms.