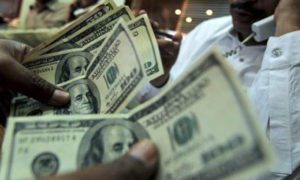 The Board of Investment (BoI) is laying out a long term strategy to increase Pakistan’s Foreign Direct Investment (FDI) levels to $250 billion by 2025. The board plans to reap the benefits of China Pakistan Economic Corridor (CPEC) to its fullest which will aid in attracting more FDI in the coming years.

The director of BoI, Zulfiqar Ali has said in a statement that a significant portion of investment will come from infrastructural developments and industrial activities. During the last few years, Pakistan’s FDI has been fluctuating reaching a low level of $900 million during 2014-15. However, the level recouped reaching $2.4 billion during 2016-17, increasing almost three times.

Barring a few downsides such as security and energy crisis, Pakistan can easily be termed as investors’ haven. Firstly, it has a strategic advantage due to its geographic location in the region. Secondly, the country has a budding consumer market which can be ideal for foreign investors’ to tap.

Also Read: Pakistan – A prospering economy with an underrated image

The role of CPEC in achieving the FDI target

Ali highlighted the significance of CPEC in achieving the FDI target of $250 billion as it will play a vital role in bringing more funds in the country. Talking to media on this matter, he said:

He further said that industrial activities and operational Special Economic Zones (SEZs) will generate revenue for the economy and create job opportunities in the market.

He shared that it is the second chance for the country to develop its economy after the 1960s era of industrialization. In addition, he stressed on the significance of CPEC for both countries due to the presence of CPEC routes and Gwadar seaport. By using this port, the distance to Jaboti deep sea port of Africa would reduce to only five days. China has a special interest in Jaboti as it allows it to tap the African market with massive Chinese investments in that region.

Pakistan’s has been consistently working towards expediting CPEC’s energy related projects in order to reduce some stress from the national power grids. Therefore, some of these projects have already added electricity to the national grid. The officials claim that there will be no power shortages during 2018 and maximum energy will accumulate to the national grid by 2020.

Zulfiqar Ali further disclosed that the government is persistently persuading Chinese authorities to heavily invest in the energy sector and ensure these projects are finished on a priority basis. Furthermore, some short term infrastructure and energy projects will be completed by 2020; some medium term projects by 2025 and a few long term projects by 2030.

Read More: SECP to audit all foreign companies in Pakistan

While concluding he clarified BoI’s stance on giving equal opportunity to all its investors and said:

“For BoI and the government, every foreign investor is equal, besides, same level of return on investment is available to local investors as well”