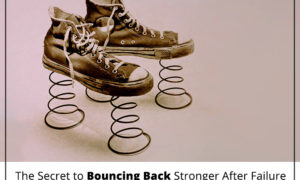 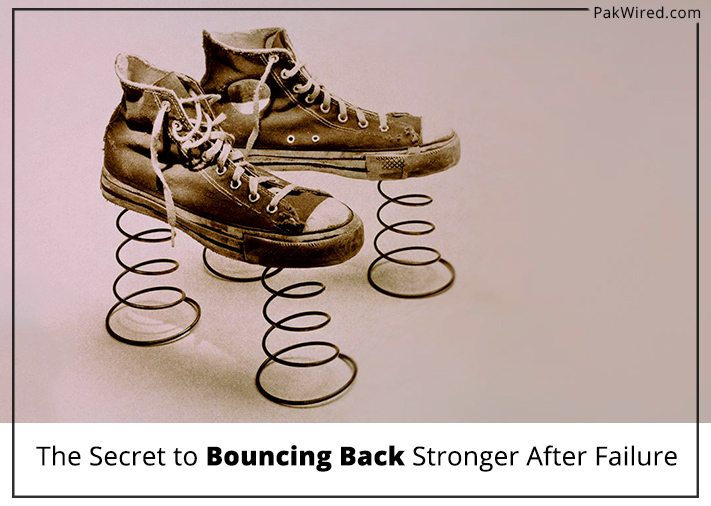 Setback, hitch, complication-these are but a few names failure uses these days when it comes knocking on our doors these days. Now, when everything is technical and advanced, failure is a term that too finds itself shrouded in different terminologies across the board. However, it is still a major part of many of our lives.

No matter how pure your intentions, how great your persistence or how many long nights fueled with the most potent form of hard work you put in, failure is sometimes inevitable.
In fact, half of the new companies emerging in the market right now will wind up and fail at some point or the other according to The Small Business Administration.

But, unlike most of the science-y facts we see in the mainstream nowadays, this one is far from comforting. However, there are quite a few ways to learn from failure so that you don’t get hit from that particular avenue again. Here’s a list of the things you can do to avoid failure in the future:

1. Say yes to redundancy now and then. Add layers to your work so that there’s never a single point of failure that lets you down. Keep on testing what works and what doesn’t at smaller levels before you go in for the bigger kill.

2. Take a lot of smaller risks rather than a single big one. Try and get an idea of what people’s tastes are before you launch into a full-fledged plan only to discover that the trend has passed or it was never all that it had amounted up to be in the first place.

3. Don’t put all your eggs in one basket- the hardest part about writing this article is the fact that we’re all reading this from different walks of life. However, always remember this, investor, banker, artist, student: no matter who you are, always have a back-up plan or even more than one in case your first plan falls out.

4. Don’t get too consumed by data and statistics. If your idea is unique, chances are that it can defy most consumer trends. However, like we said before, be smart and start small. Keep innovating and don’t be afraid to recall an update (no matter what your field) if it doesn’t work-remember, you’re already learning from a mistake so it won’t hurt to rectify many more along the way.

5. Focus more on making your plan fool-proof rather than finding impossible ways to make it work. Keep in mind that there is only so much you should compromise on before you need to accept the fact that there are more chances that a plan will fail than it will succeed and if you do arrive at that point, it’s rather clear what your decision should be.

6. Respect Old Wisdom- Imagine the writer as a Gandalf-type figure here if it helps you remember the message any better. Yes, you might be young and catering to the youth but going too much out of the box will actually alienate your concept rather than appeal to the majority of the ‘misunderstood’. Young people will grow old someday and their similarities to the previous generation will be somewhat easier to track down rather than their unique points, because, at the end of the day we’re all simply human. Watch for trends that are already existing in your audience at multiple levels of age rather than going ahead and creating a new trend altogether. It’s easier and much more beneficial.

Even though the aforementioned points are rather length-y and word-y, if there’s one thing you want to take away from all of these points, let it be this: lose your rigidity.

Though a lot of the points also focus on not investing your all in a single movement (or whatever you’d like to name it), that too stems from a rigidity in the ideology that you cannot be wrong. Life, as a rule, is a series of different cycles and that includes cycles where you will be looking at something from the wrong perspective and that is something that will cost you dearly if you don’t recognize and act accordingly.

This author recommends taking time out of a certain period (week and/or month) to look back at what worked for you and what didn’t. No one likes it when the auditor comes knocking but remember, it’s always best to highlight your own mistakes first before the world does it for you. ;)