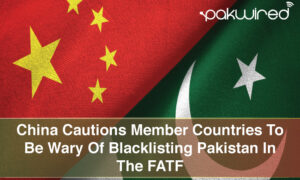 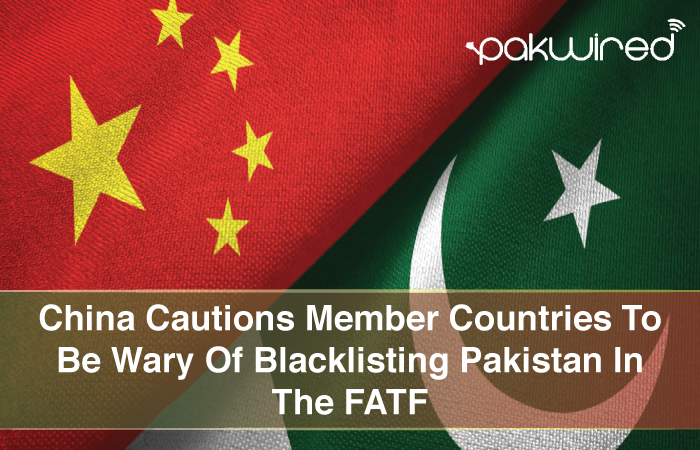 On Tuesday, Radio Pakistan reported that China has extended its support for Pakistan by cautioning the member countries of Financial Action Task Force (FATF) to cease using the forum for their political agendas.

While speaking at the Department of Asian Affairs of China’s Ministry of Foreign Affairs, Deputy Director General Yao Wen said:

“China does not want the FATF to be politicised by any single country. There are some countries which want to include Pakistan in the blacklist. They have political designs which China is against”

In addition, Yao Wen also said that China has choked all the attempts to include Pakistan in the blacklist. Moreover, he said that China has already notified the U.S. and India about their stance [that they cannot use the forum for political agendas].

“We made it clear to the US and India that we cannot do it. It goes beyond the purpose of FATF”

Also Read: What does Pakistan need to do to rank differently?

Pakistan should get worldwide support

According to the Deputy Director General, FATF is inclined to support all those countries who are taking necessary actions against terror financing. He also lauded the efforts of Pakistan’s government by stating:

Yao Wen urged the member countries to support Pakistan in this difficult time rather than pressurizing the country. Hence, Pakistan will improve its system and could see herself in the white list of FATF.

Apart from China, Malaysia and Turkey also extended their support for Pakistan in the FATF meeting which took place this month.

Stance of FATF about Pakistan

On 18th October, FATF handed Pakistan a lifeline of four months besides asking them to speed up its action plan by February 2020. Until then, Pakistan will remain on FATF’s ‘grey list.’

While addressing a news conference in Paris, the President of FATF, Xiangmin Liu said:

“Pakistan needs to do more and it needs to do it faster. Pakistan’s failure to fulfil FATF’s global standards is an issue that we take very seriously”

In case Pakistan do not comply with inter-governmental body’s 27-point action plan then things could get a lot worse. According to the president, the country could be moved to FATF’s ‘black list’ too.

On the contrary, Xiangmin Liu also lauded the efforts of new government by stating that the country has made ‘tangible progress.’ However, a lot of work still needs to be done. Out of 27-point action plan, only five had been taken care of while the rest of them still needs detailed addressing.