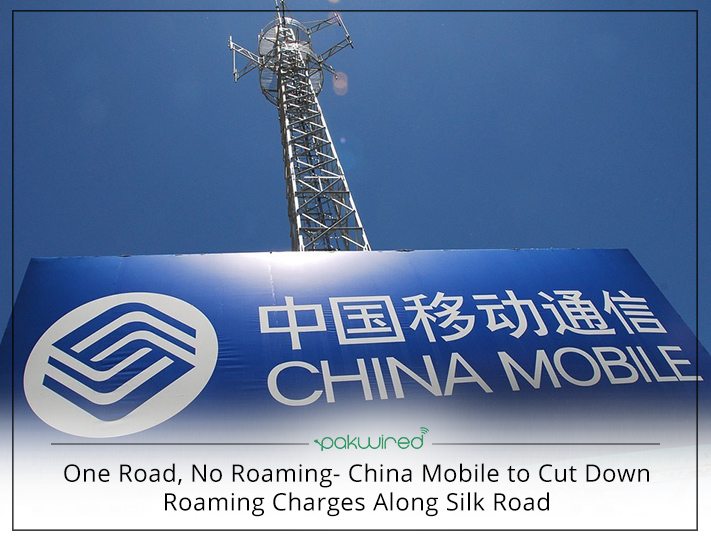 China’s leading mobile service operator, China Mobile has declared that it is lowering its roaming rates across 64 countries on the Silk Road.

According to a state-run news agency, effective from the first of May, roaming rates China Mobile has dropped the roaming rates across the Silk Road down to 0.99 Yuan, which amounts to less than 15 US cents per minute. In addition to this, users will be enjoying cheaper mobile internet rates in 53 of the 64 countries that are being covered under this plan.

As result of the development, Chinese operator will reduce calls and data costs for all the customers working or travelling along the Silk Road. The move has been a direct consequence of the demand put up by China’s central government to propel the internet speeds and promote the development of the country’s digital economy.

As can be seen, this will not only benefit the tourists taking advantage of the OBOR, linking Gawadar to as far as the Central Asian states, but will also assist the business and trades men in ensuring digital connectivity.

China Mobile has already launched a two month plan regarding this and is ready to make the changes in price.

Apart from the aforementioned, users will also be able to enjoy plans costing around 20, 60 or 90 Yuan for daily unlimited internet use. These plans will be available across different countries and regions.

According to the news agency, these changes in price will help facilitate builders and investors who are planning to start working along the ‘belt and road initiative’.

The ‘belt and road initiative’ was proposed by China in 2013 and it includes the Silk Road Economic Belt and the 21st Century Maritime Silk Road which are meant to help improve both China’s trade and strategic influences in the region.