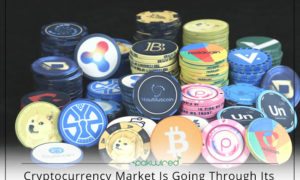 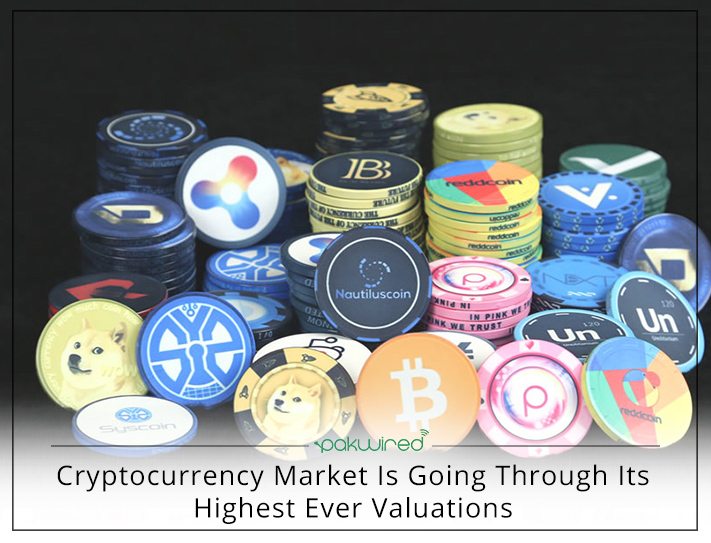 There is quite a stir going on in the cryptocurrency market as the valuations have seen a phenomenal jump during the last few months. The total market capitalization of all cryptocurrencies has crossed the $100 billion mark. Since 1st April this year when the market capitalization touched $25 billion figure, the market experts were amazed at its significant jump, however, soon it ballooned even further by 300% within a span of two months; thus exceeding all expectations.

It is known fact that Bitcoin has always been a dominating currency in the basket of cryptocurrencies capturing a share of 80% but recently other currencies such as Ethereum and Ripple have taken its place.

It is more than a fad

When the value of an asset increases drastically in a short span of time, every investor speculates it to be only a fad or a bubble. In case of cryptocurrencies, prices have increased by 400% in two months thus hinting that the bubble would eventually burst and the market would witness some correction. Same happened in cryptocurrency market as Bitcoin saw some correction and came down to $2000 from its peak of $2,700. However, it has surged to a new high of $2,850 once again.

Experts believe that the sudden rise during the last two months cannot be considered a bubble as it is not just emanating from Bitcoin but other currencies have also shown significant strength which is making it look like a rebirth instead of a bubble.

Another significant development is in the Ripple currency, which is a currency based on inter-bank settlements. Ripple currency has signed more than 100 banks globally. Many investors consider it a tangible reason to grab everyone’s attention towards this currency.

Nonetheless, these reasons are not sufficient for such drastic price hikes in two months. Although these currencies have been around for some time now but due to difficulty in valuation, the investors are skeptical to invest.

Quick Read: Bitcoin valuation rises to a whopping $2000 per coin

Accurate valuation is still a challenge

The real problem is that cryptocurrency is not similar to a typical publicly listed company with a stream of income and expenses. For example, any blue chip company has its financial statements that can be easily analyzed to determine its total worth. Hence, investors can easily assume that this company would continue to perform well in future as well.

Don’t invest for the wrong reasons

The experts all around the world are creating awareness about this new form of investment which has suddenly caught the public eye. It is advisable for investors to first learn and understand the avenue and then put their money. Do not hop into the bandwagon just because BBC and CNN are giving tips of investment in cryptocurrencies.

One can put their money in this avenue as it is expected to change the world by replacing gold as the main store of value, change interbank transactions, and bring major changes in the fundraising and IPO process. Therefore, investors who are convinced about the long term opportunities in cryptocurrencies should give it a try!