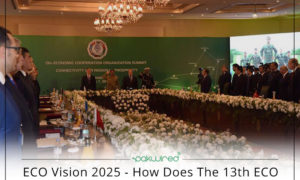 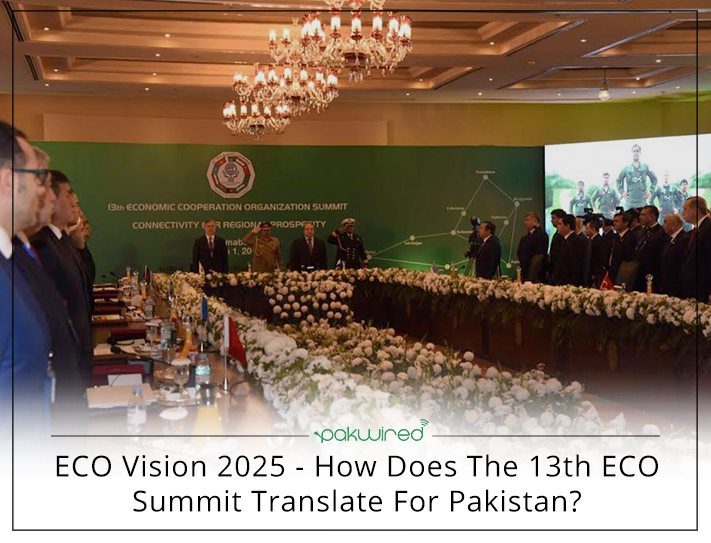 As the Premier’s session of the Economic Corporation Organization (ECO) is underway in Islamabad, the news pouring out spell progress and development for the region, in general, and for Pakistan, in particular.

The 13th summit of ECO is being attended by all 10 member states: Afghanistan, Azerbaijan, Kazakhstan, Kyrgyzstan, Iran, Tajikistan, Turkey, Turkmenistan and Uzbekistan. Pakistan is playing the host. China has been invited as a special guest at the economic cooperation organization’s summit, in line with the special focus over connectivity and integration. 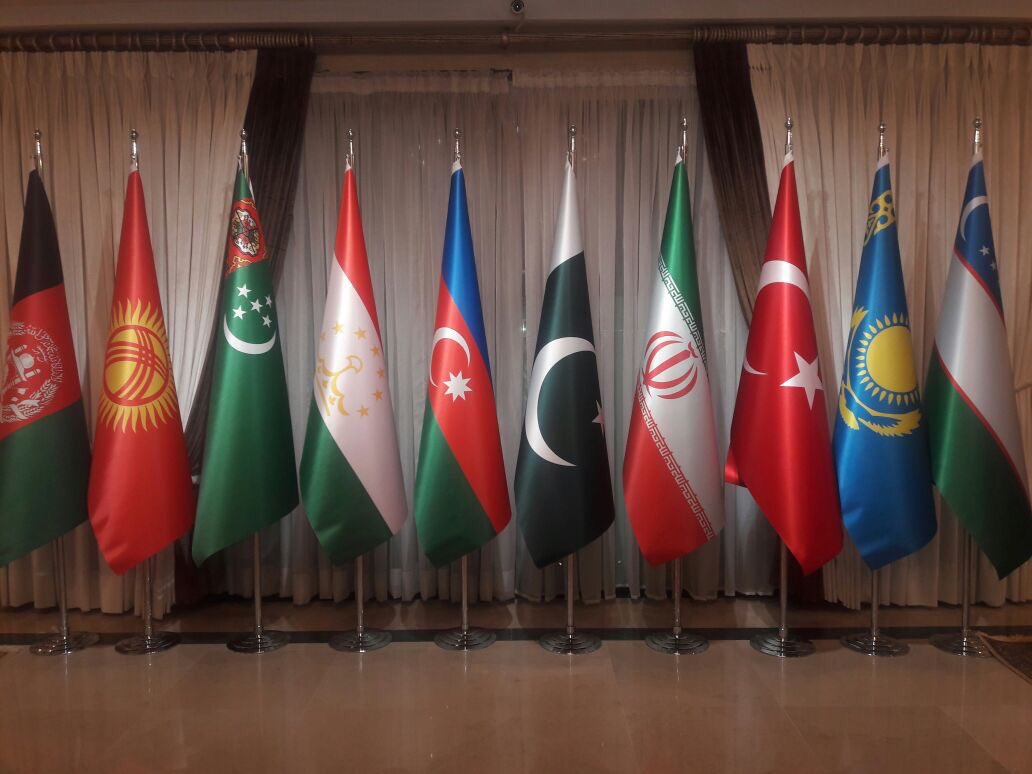 It is after a period of 22 years that the summit is being hosted in Islamabad, and the significance of it can not be stressed enough. In light of the shifting geo-political balance of powers  in the world, and in an age of world economies finding new fault lines, and power features, this development must be seen as a strong political statement in the international scenario where south asia is emerging as the focal strategic asset. The 13th summit coincides with the 25th anniversary of the expansion of the bloc established in 1985.

The theme chosen for this summit is ‘Connectivity for Regional Prosperity’. China’s participation in the summit, thus, carries immense significance for all studying the consequences following the summit. The special areas of interest revolve around building on prospects of cooperation in the fields of connectivity, trade, transport and energy. It is evident that the regional organisation is taking keen interest in the development resulting from the ‘One-Belt One-Road’ project, under which China is building Gwadar Port as a commercial and strategic center. The inroads this is going to create linking Europe to central Asia, via Pakistan, are a matter of interest for the entire team of participants.

Representatives of member countries including: the Presidents of Iran, Turkey, Azerbaijan, Tajikistan and Turkmenistan, along with the Prime Ministers of Kyrgyzstan, Kazakhstan, and Deputy Prime Minister of Uzbekistan; are attending the summit, which is being hosted and chaired by Prime Minister Nawaz Sharif. 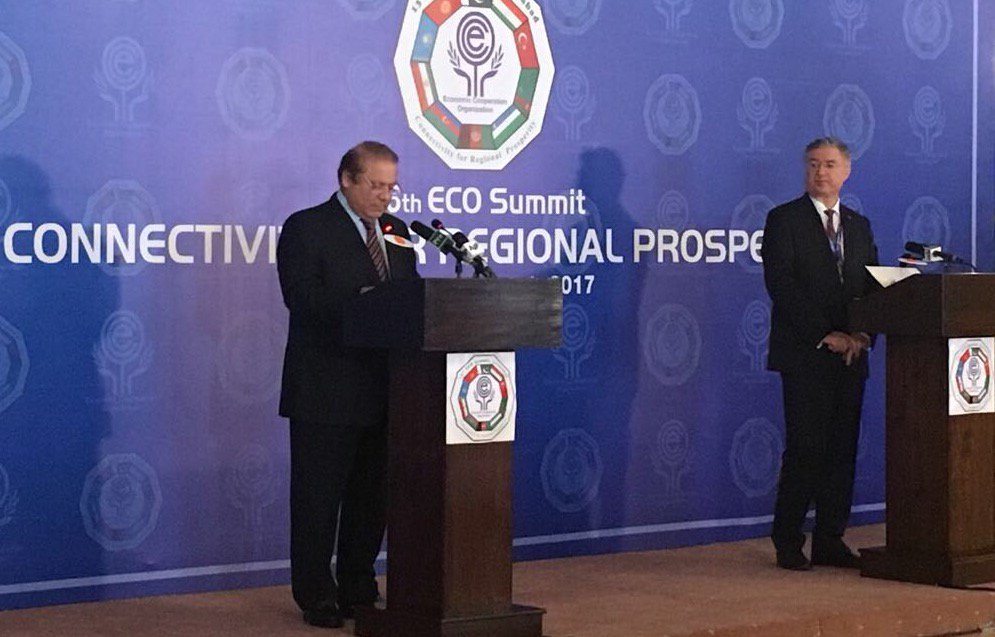 Inaugurating the ECO summit here amid high security, Prime Minister Sharif underlined the need for the 10 member states of the bloc to step up cooperation with an aim to increase connectivity and trade.

The ECO can be an example of regional cooperation, which touches upon and enriches the lives of our peoples. What makes the theme especially relevant is that more countries in the region are already making large investments in connectivity projects. Central Asia is fast emerging as a Trans-Eurasian land bridge. Oil and gas pipelines across deserts and mountains are linking our markets, while railroad networks are harbingers of our commitment to connectivity. But we can and should achieve even more, by pooling together our individual efforts for greater synergy. The whole is always greater than the sum of its parts.

I believe that the ECO’s time has truly come. It is primed to make momentous advancement. There has never been a more opportune time to realize our dream of “Connectivity for Regional Prosperity.” 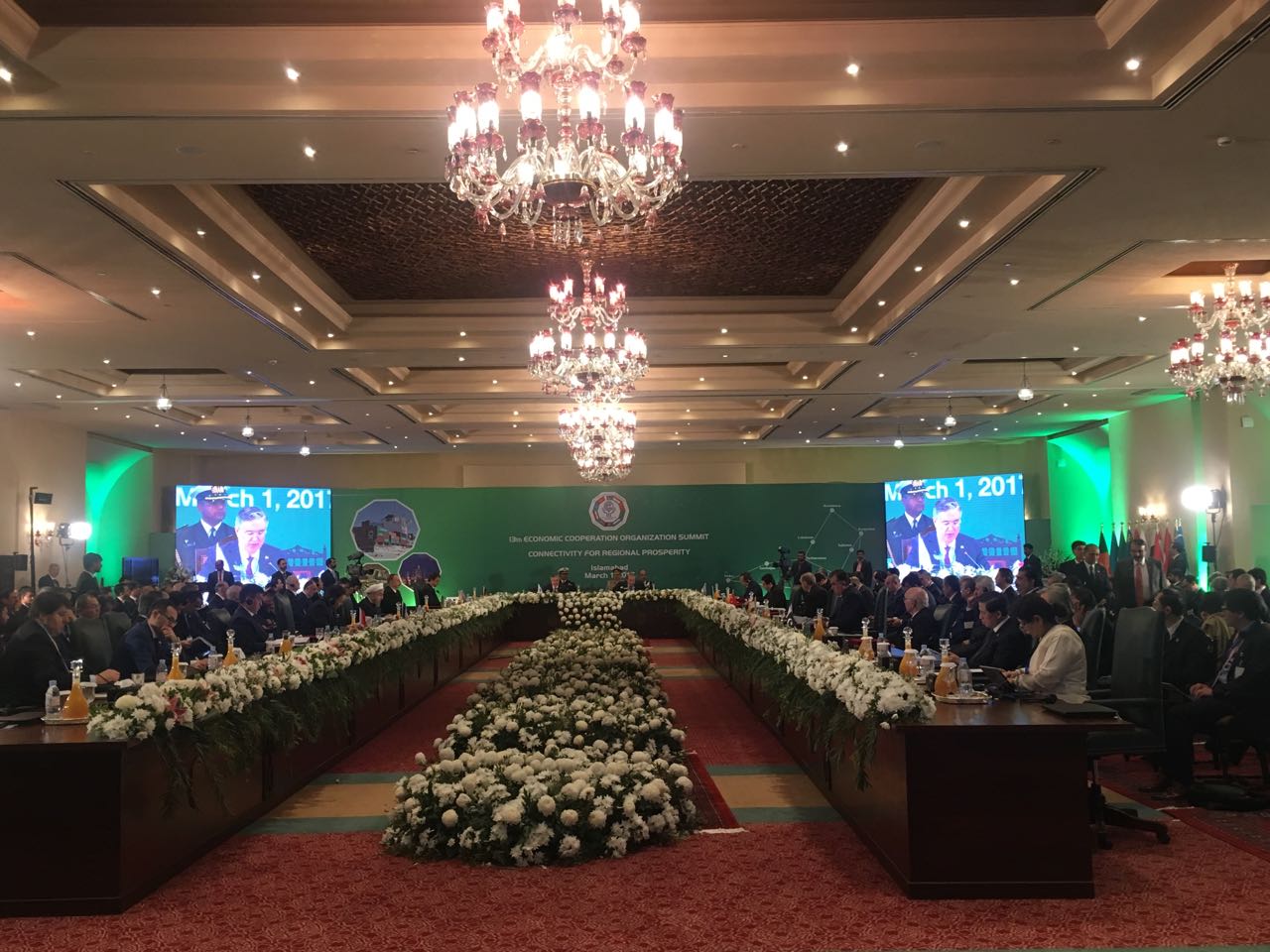 “I invite all member countries to participate in regional development”

Stressing the need of restructuring the ECO, Hassan Rouhani, the Iranian President expressed that the path through the ECO countries is the shortest route for Europe to access Asia, as economic activities are transferring from the West to East. He said:

“21st century is the era of emerging economy of Asia.”

Promotion of science and technology is important to promote peace.

While Afghanistan’s presence in the summit has been too mild, the summit did take into account the ongoing state of turmoil in the country and encouraged it to be an ally to those countries that mean her well. The obvious hint has been towards leaving the side of India, planning a reign of hegemony in the region.

Progressing as an “Emerging economy“, and promising a future built upon expanding digital technology, Pakistan has been duly performing a significant role promoting connectivity for regional prosperity.  In addition, being the country providing the geographic means for the connectivity for the region in the form of CPEC, and being a flag bearer of this summit’s theme, Pakistan has made a point to all quarters who take into account economic indicators to determine the progress trends.

Earlier, the Prime Minister’s office released a statement ahead of the summit, to lay a framework in light of Prime Minister Sharif’s ECO Vision 2025. The statement said:

“Synergizing our strengths, we can soon change our region’s destiny. The way forward for us has been laid out in ECO Vision 2025 in the form of pragmatic and tangible organisational targets”