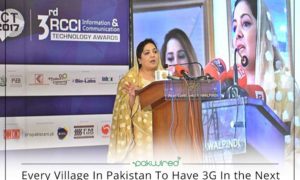 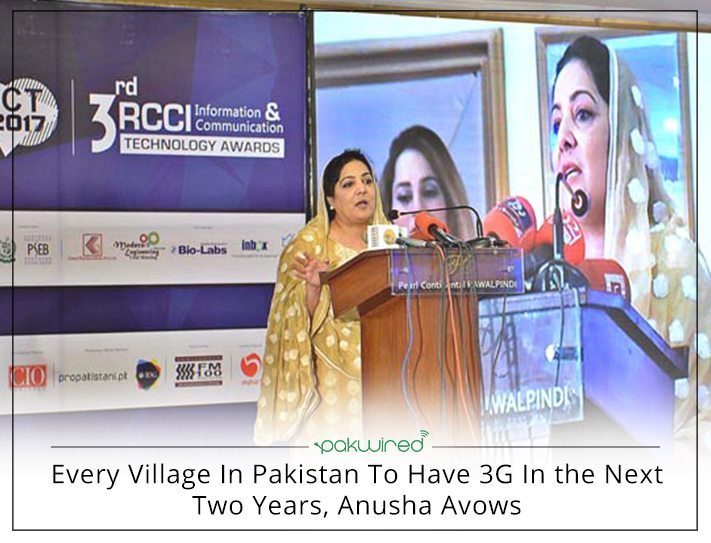 In the coming two years almost every village around the country will be have access to 3G facility, claimed the Minister for Information Technology and Telecom, Anusha Rehman. While addressing at the 3rd Rawalpindi Chambers of Commerce and Industry ICT Award 2017 she said that the country currently stands at the fourth place around the globe for freelancing and its number is bound to grow as internet usage has raised from just 2% in 2014, to 27% in less than three years.

Rehman acknowledged the role of extended 3G and 4G services in the country in enabling the government to plan to train more than one hundred thousand graduates with freelancing skills. She insisted that the current government has paid special attention to information and technology sector and this is the reason that Pakistan has achieved remarkable success during last three years.

The auction of 3G AND 4G was initiated in 2014 by the GSMA, a trade body that represents the interests of mobile operators worldwide. Pakistan has been declared the winner of the ‘GSMA Government Leadership Award 2017’ at the biggest annual telecom industry gathering at the Mobile World Congress in Barcelona Spain.

The award was received by Minister of State for IT &T and Telecom Anusha Rehman during the Global Mobile awards.

Minister of State for Information Technology said Pakistan would be the first country in South Asia to test 5th generation cellular services for fast connectivity.

She further appreciated RCCI for organizing the ICT awards. Chairman of RCCI said that these efforts contribute to promoting the soft image of the country.