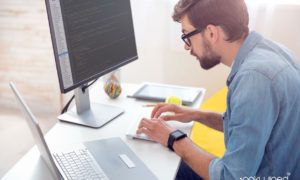 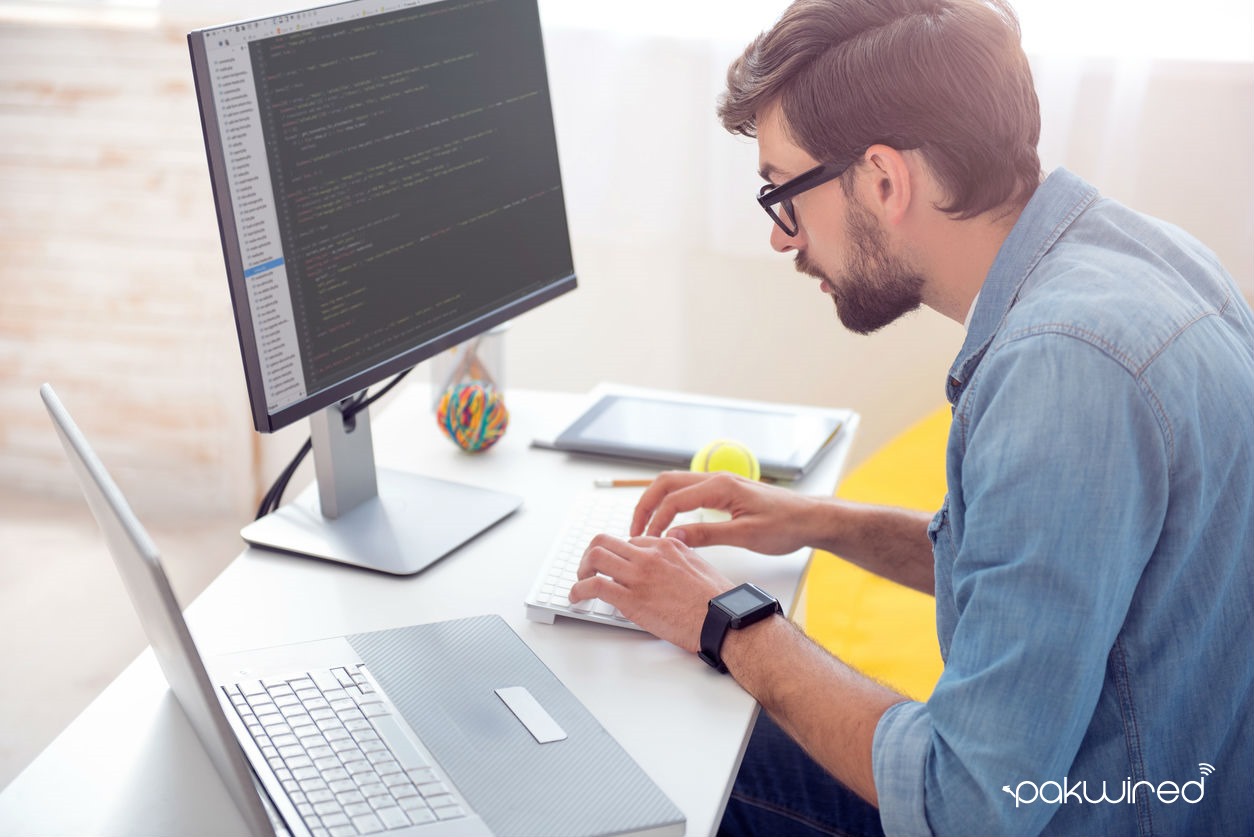 As the global economy moves more towards the digital spectrum, employers are looking forward to hire resources proficient with the means and tools in the digital arena. The latest hot cake discipline on the block is digital cryptocurrency technology.

With the value of Bitcoin, the most successful cryptocurrency, surging by over 600 percent from the same period a year earlier, Bitcoin and Blockchain technology have emerged as two of the top skills employers are looking for when hiring new human resource. The data has been provided by Upwork Inc.’s website that connects freelancers with employers.

With 600% growth, Bitcoin’s market capitalization is fast approaching $100 billion. The current market capitalization of bitcoin is equivalent and can be compared to plenty to top 100 global organizations. Online freelancers who specialize in blockchain and bitcoin-related work have been in high demand since the last few months. The two skills, after Robotics, have respectively claimed the second and third fastest-growing skills spot on Upwork’s platform. 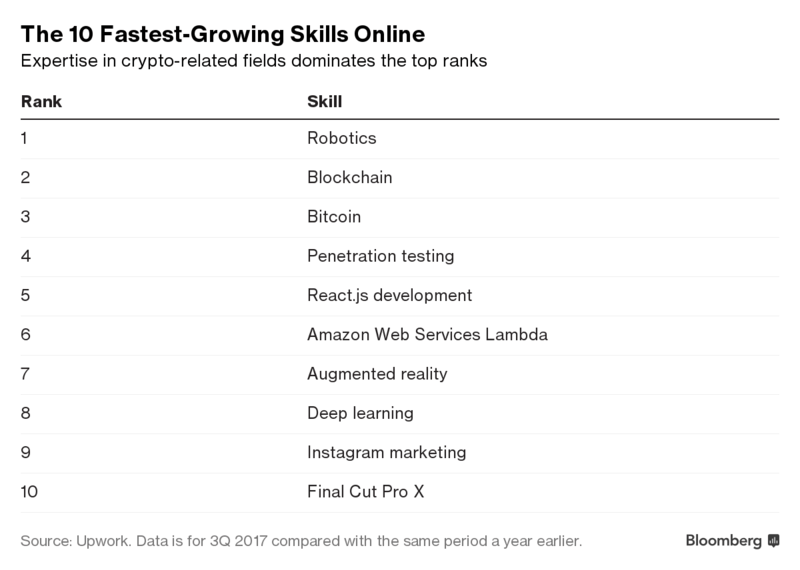 Upwork has compiled the growth rates of the fastest growing online skills based on U.S. freelancer billings on its website during the third quarter of 2017, in comparison to the same quarter a year earlier. The data provided below, shared by Bloomberg, shows the 10 fastest-growing skills which all grew by more than 200 percent.

Interestingly, in the previous quarter’s list of the most growing skills online, it had been Virtual Reality which topped the rankings. Blockchain technology and Bitcoin did not feature even in the top 20 list of the fastest growing skills. This shows that the unexpected rate of acceleration in the value of Bitcoin (which has by now surpassed the $7000 mark), and the application of Blockchain technology has caused a sudden shift in employment trends.

Having developed a special ministry for the Blockchain, Dubai government has already announced becoming the first Blockchain government by 2020. If there ever was a need to have a hint into the tilt of economy trend, this should have been it.

Also Read: 28 of The Best Bitcoin Exchanges From Around The World

Meanwhile, a new industry is in the process of development around Blockchain’s distributed-ledger technology. In addition to processing transactions for cryptocurrencies, which may or may not include bitcoin, Blockchain is also finding its application in assisting enterprises operate more efficiently by cutting out intermediaries.