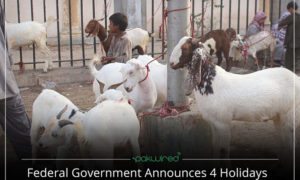 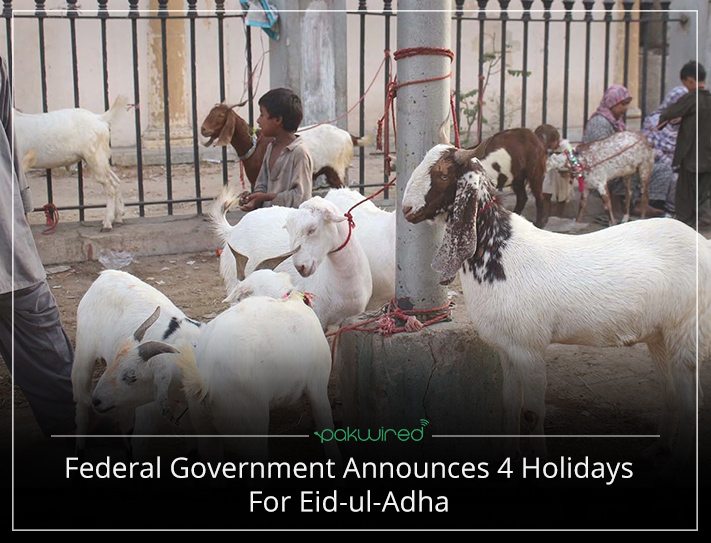 The federal government has announced 4-day holidays from 1st to 4th September (Friday to Monday) on account of Eid-ul-Adha in the country. A notification was issued by the interior ministry regarding the same.

On the occasion of Eid-ul-Adha, holidays would be observed on 4 days as per the notification which was released on Wednesday. 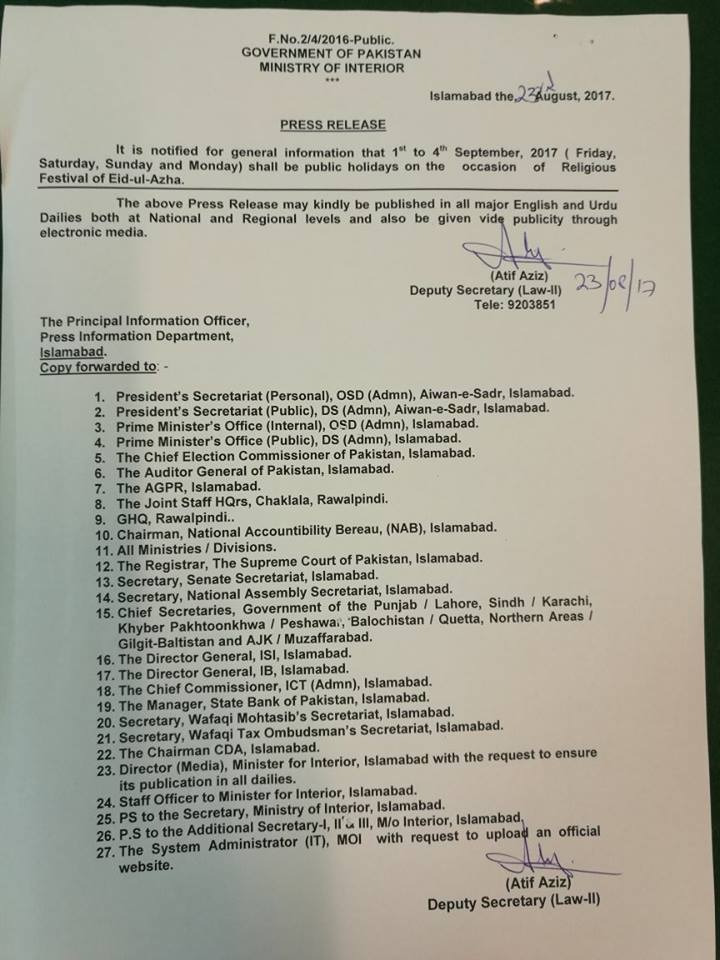 “It is notified for general information that 1st to 4th September, 2017 (Friday, Saturday, Sunday and Monday) shall be public holidays on the occasion of Religious Festival of Eid-ul-Azha”

The Central Ruet-e-Hilal Committee on Tuesday announced that the crescent did not get sighted in any part of Pakistan. As a result, Eid-ul-Adha will be celebrated on 2nd September nationwide.

The Supreme Court of Saudi Arabia announced the moon-sighting on Tuesday. As a result, Eid will be celebrated in Saudi Arabia on Friday (1st September) and 31st August will be the Day of Arafah.

Also Read: If you do it before the Ruet-e-Hilal Committee, moon-sighting will cost you Rs500,000

A religious festival for the Muslims

The people of Pakistan are keenly purchasing the sacrificing animals all across the country.

Every year, Muslims all around the world celebrate this Religious Festival to mark the willingness of Hazrat Ibrahim (A.S) to sacrifice his son on God’s command. Muslims mark the holiday by slaughtering animals such as goats, sheep.

The meat of the slaughtered animal is then shared among family and friends. Moreover, it is also donated to people who are less privileged.