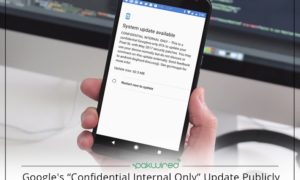 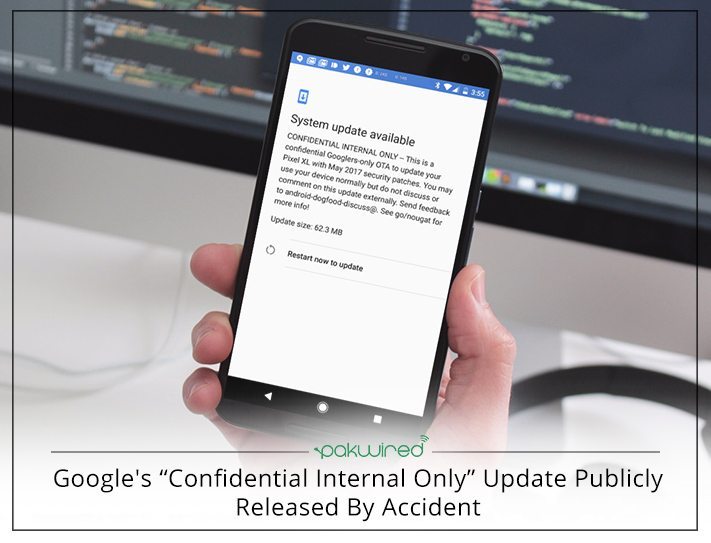 Google employees are the first ones to lay their hands on any new google update. Before the release of any new google update to the general public, it is tested by the users who get to witness the rough edges of each product. However, when these non-stable updates reach Google customers, and are neither reliable nor add any value, definitely the customers have a lot to complain about.

In a recent similar episode, Google inadvertently released a May 2017 security update, titled “Confidential Googlers- only OTA” to its customers owning Google Pixel XL. The release of an unfinished update is not normal for regular Google. However, carrying the build number N2G470, the update did not bring any visible change. However, some have claimed that they’ve received the new Play Store UI after this update.

A few reports of the update have made the rounds so far. As can be seen from the below screenshot, this update was definitely not intended for public release: 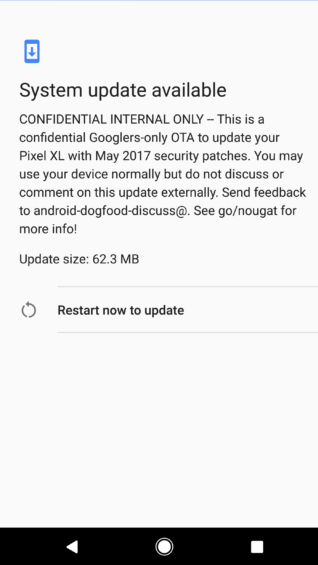 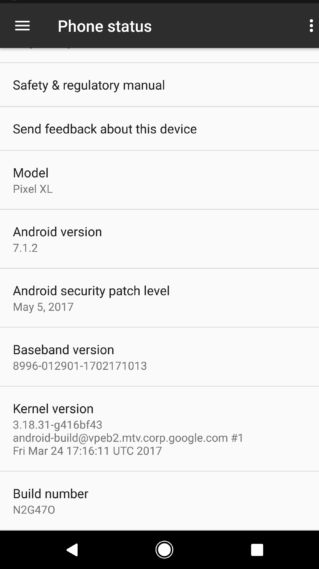 “You may use your device normally but do not discuss or comment on this update externally”.

It is further stated that the system update available is for confidential Googlers only. Device may be used normally but should not be discussed or commented externally. It further warns Googlers making reference to an internal “dogfood-discuss” feedback system. Well, we all saw that Google.

The report of internal software update accidentally released to the public which followed the same story which was reiterated last month, the search giant rolled Google drive for Windows update, breaking drive for several users. Android 7 Nougat was received by Nexus 6P users ahead of its official launch.

Only the previous month, the company had forwarded an unfinished Google Drive for Windows update, which caused Drive to break for thousands of users. Now, with this, Google has once again accidentally released a confidential build of the May 2017 security update to public comprising of normal Pixel XL owners.