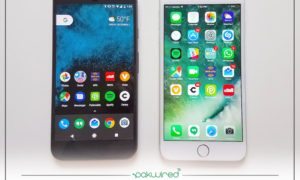 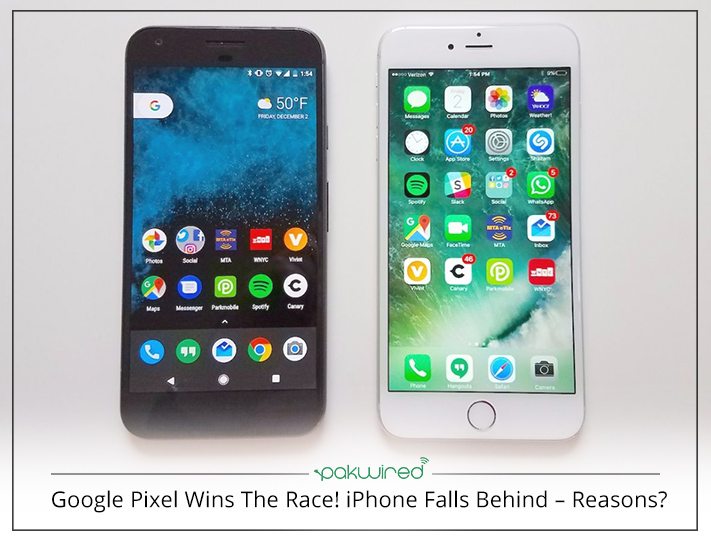 Google Pixel and iPhone – both top the charts when it comes to buying an artistic, yet well featured phone. From the Pixel’s perfect camera to the iPhone’s extreme water-resistive capability, both phones have a lot to offer. But here, we will reveal some facts that make Google Pixel to stand out in this contest, bar none.

Screen size does not give that much a difference while selecting the best of the possibilities. But when it comes to routine usage, you will feel the difference one day or the other. So if you are looking for a bigger screen, Google’s Pixel XL will do the job for you. Featuring a bigger screen-to-bezel ratio of 71.2%, Pixel XL triumphs over iPhone’s screen size whose ratio lags with 67.7%.

In terms of display, Google Pixel offers a straight-up balance between usability and attractiveness. While iPhone’s retina display gives it best to provide the best interface, it can’t be compared with the Pixel’s AMOLED screen.

Google Pixel has a screen that makes the pictures and videos appear much more vibrant and rich than iPhone’s LCD display. Pixel’s 1440p screen pays off with a modern and sharp appeal than iPhone’s limited 1080p display. 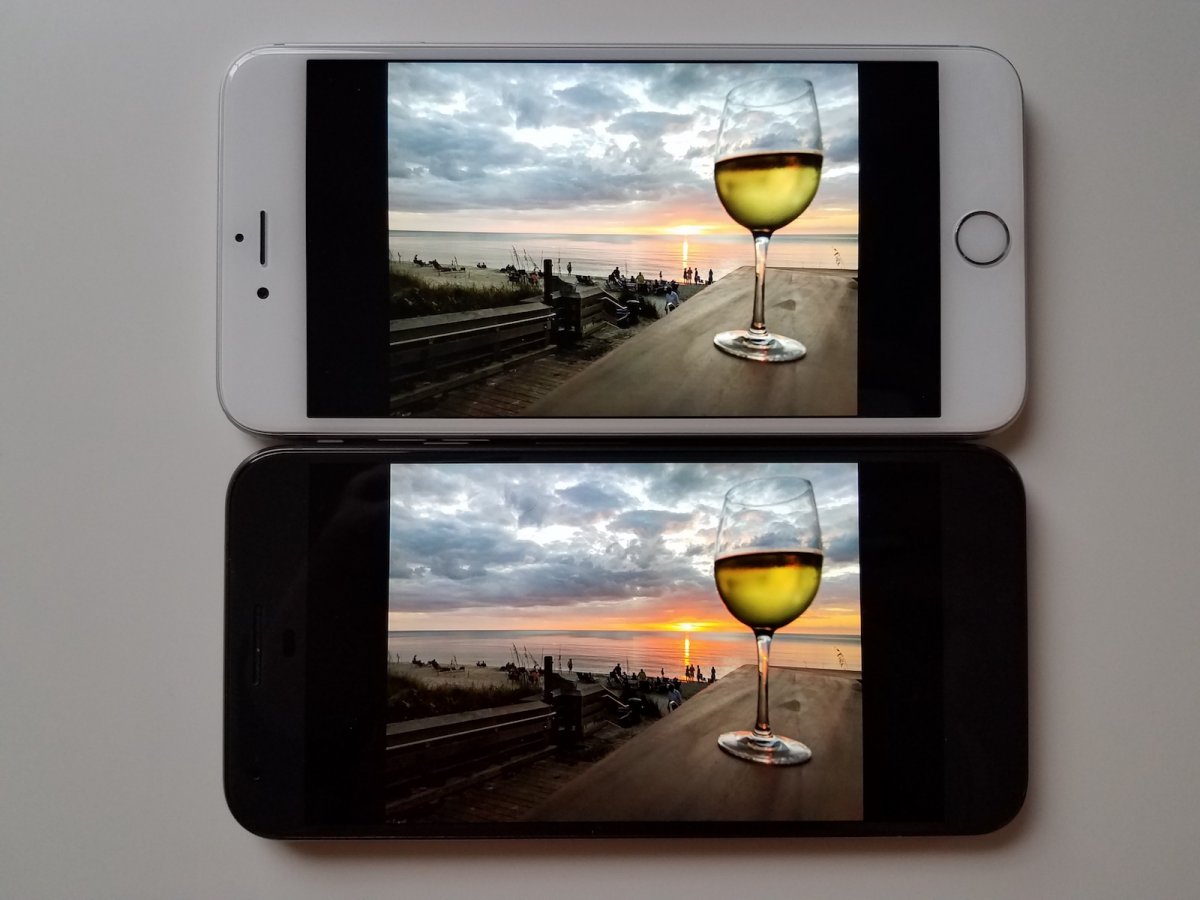 A device’s weight plays an important role when it comes to carrying it inside your pocket or somewhere. Nobody likes a bulky mass sitting in their pockets – it feels quite uncomfortable. Google Pixel’s XL weighs mere 168 grams when compared to the 188 grams iPhone 7 Plus.

Quick Read: Google Pixel 2 to be launched this year

No need for casings

For those who opt to keep their phones without a back covering, iPhone does not particularly assist you with your idea. Though iPhone has a smooth metal back and graceful edges, they fail to provide a firm grip for the user. This sets the iPhone at a risk of getting out of grip resulting in a crashed screen. Pixel is more secure in this regard since it has a glass inlay that offers a firm grip to hands and also has an appealing look.

A charge-time comparison was carried out by the SuperSaf TV, the tech YouTube channel. The test was to differentiate between the charging times of Samsung’s Galaxy S7 Edge, Google’s Pixel XL and iPhone 7 Plus. All three phones were tested with their own box-chargers.

The experiment resulted in a shocking outcome with Galaxy S7 being fully charged within an hour and 29 minutes. But what was revealed next is an eye-opener; iPhone 7 Plus trailed with being 72% charged with Pixel already celebrating its 100% charging in two hours. 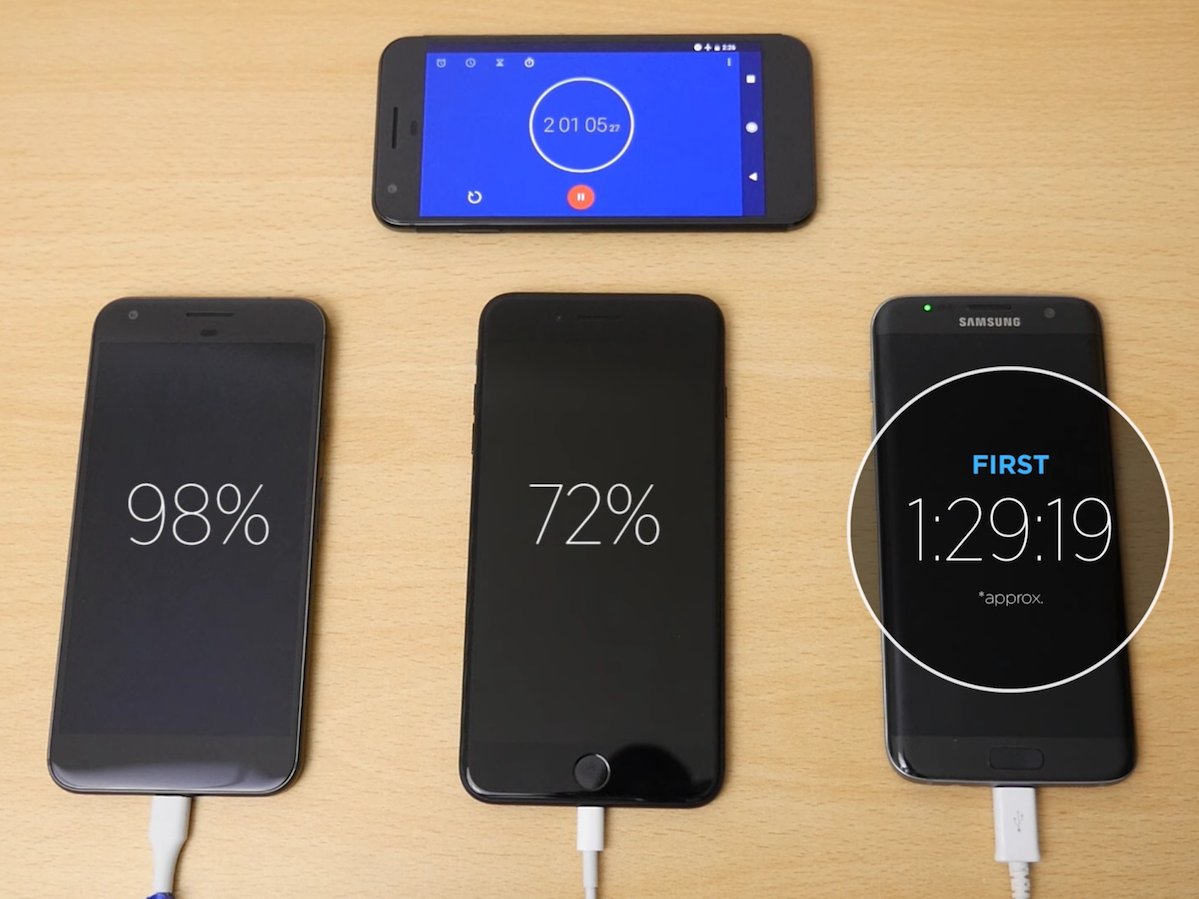 For a device that offers premium features and an amazing user experience, it is expected to provide the best charging time as well. Nobody likes their phone being put to charge every now and then. Pixel’s USB-C charging is easy to adjust and on the similar grounds, its super-fast.

Android allows users to control how the animations behave. This not only aids in mere animation speed control, but results in faster run-time of the device.

When it comes to Apple’s iOS, it offers a reduce motion option for animation control. But this only tends to change the behavior of the animations while opening and closing the apps. It doesn’t actually support the device to work faster.

One of the most distinguished traits of Android is the Android Doze mode. This feature helps reduce the device power consumption while the phone is idle. iPhone offers no such attribute in this regard.

Also Read: The best 20 smartphones in the world

Along with all the elegant features discussed above, Android has yet much more to offer. Take for instance the notifications behavior; Pixel automatically clears up the notifications for mails or chats when viewed on the computer. They can also be cleared directly from the lock screen while iOS requires the user to swipe-and-tap the notifications to clear them up.

iOS also falls behind in providing access to the most important settings when it comes to the on-screen keyboard already in view. Android assists in this aspect whether the keyboard is in view or not.

Furthermore, Android’s back button gets you back to the last opened screen and rests at the same place no matter which device is in use. This back button is a headache in iOS since you will find it at every new position when you switch to a new app.

What’s even more interesting, Android users enjoy an advanced feature of the app drawer. The app drawer makes the app icons to hide at needs and can be brought back to the home screen when required.