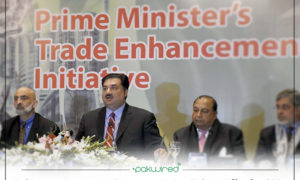 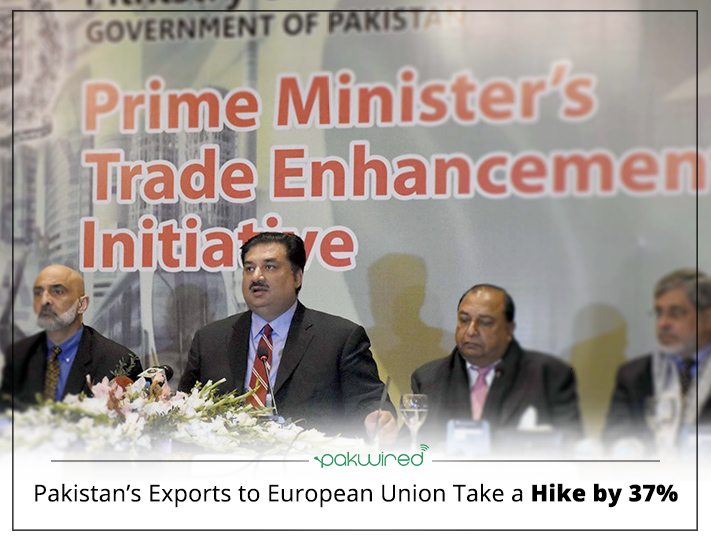 According to the Federal Commerce Minister of Pakistan, the Generalized Scheme of Preferences (GSP) Plus status has boosted Pakistan’s exports to the European Union. These exports have increased up to 37% in the last three years.

In a statement received from Brussels, the Federal Commerce Minister, Khurram Dastgir stated:

Khurram Dastgir also said that there was a 14% increase in the exports of machinery, dyes, and chemicals from Pakistan to Europe. He was vocal about it during a meeting with Member of the European Parliament’s Committee on International Trade Jan Zahradil.

The GSP Plus status was awarded to Pakistan by the European Union in December 2013. The status will expire in 2017. The GSP Plus status provided zero tariffs to 20% on exports from Pakistan to EU and preferential rates to 70%. The annual trade between the two sides is estimated to be more than $7 billion.

Leather products, textile, and medical equipment are the main products exported by Pakistan to the EU. The GSP Plus status was awarded to Pakistan in order to increase its exports to $2 billion and create job opportunities.

The greatest recipients of the tax concessions have been the clothing and textile industry. They consisted of more than 60% of Pakistan’s exports. The country’s toughest competitors Bangladesh and Sri Lanka are also taking advantage of the duty-free access to the 28-member European alliance.

As Pakistan has been awarded with the GSP Plus status, it has to consent to each of the 27 United Nations traditions on human rights and labor and environmental laws. Dastgir briefed Zahradil about Pakistan’s progress in enhancing work conditions in the manufacturing field, human rights, and law. He added:

“The focus of Pakistan has shifted towards strengthening its economy through trade rather than aid. Economic and social indicators are on the rise in Pakistan”

Pakistan has consented to share its experience and give specialized help to Kyrgyzstan, which is also interested to make advances into the European Union market under the GSP Plus.

Quick Read: Exemption to Export of IT Services to be Extended until 2019

As stated by an official, Pakistan’s reaction came after Kyrgyzstan looked for help in such manner in a meeting of the Joint Ministerial Commission (JMC) of the two nations which was held on 11th and 12th January.

Regarding the arrival of the JMC after a long gap of 10 years, the official answered:

”Kyrgyzstan, a Central Asian nation, expressed interest in learning from Pakistan’s experience in making exports to the 28-nation EU market”