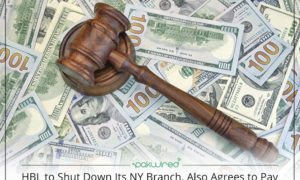 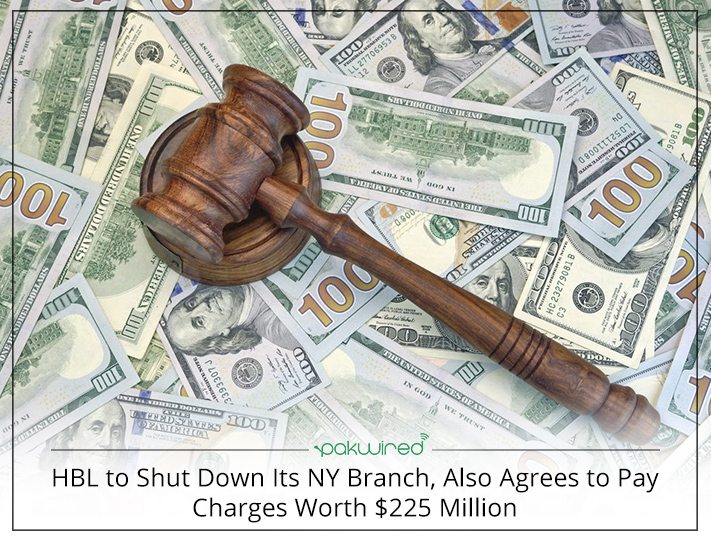 Habib Bank Limited (HBL) has agreed to pay a hefty fine of $225 million to New York’s Department of Financial Services (DFS) after being penalized for violating the regulatory framework of the State. The banking giant has managed to strike an out of court settlement with the regulators.

Although it is the largest amount ever charged to a Pakistani bank by the foreign regulatory authorities, however, considering the nature of charges, HBL has still come out paying much less than expected. In their earlier assessment, the regulators calculated an amount of $630 million – an amount much higher than the current fine. Since the bottom line of HBL stood strong at $327 million last year, so the payment deadline of 14 days can easily be met.

HBL has also decided to shut down its New York branch’s operations which was established there since 1978.

In a strong worded press release, the DFS said:

HBL’s side of the story

HBL, on the other hand is optimistic about the entire situation stating that this entire issue will be resolved soon. According to a senior member of the bank, “all charges have been dropped following this consent order”. It was also added:

“Obviously we will have to take this on our books this year. Our capital is strong enough. The underlying business remains strong. HBL agreed to the settlement as protracted litigation was not in the interest of the bank or the country. The charges were not proven, and they have been dismissed”

He also added that shutting down New York’s branch will not adversely affect the overall balance sheet as it was an, “immaterial part of the balance sheet and profitability”. Moreover he said:

“Our correspondent banking relationships remain intact. Also, we are already providing these services to our customers”

The senior official suggested that the impact of this event on the overall business performance is still very early to determine. Also, the board has still not made decisions regarding other matters such as staff bonuses and dividend payouts. 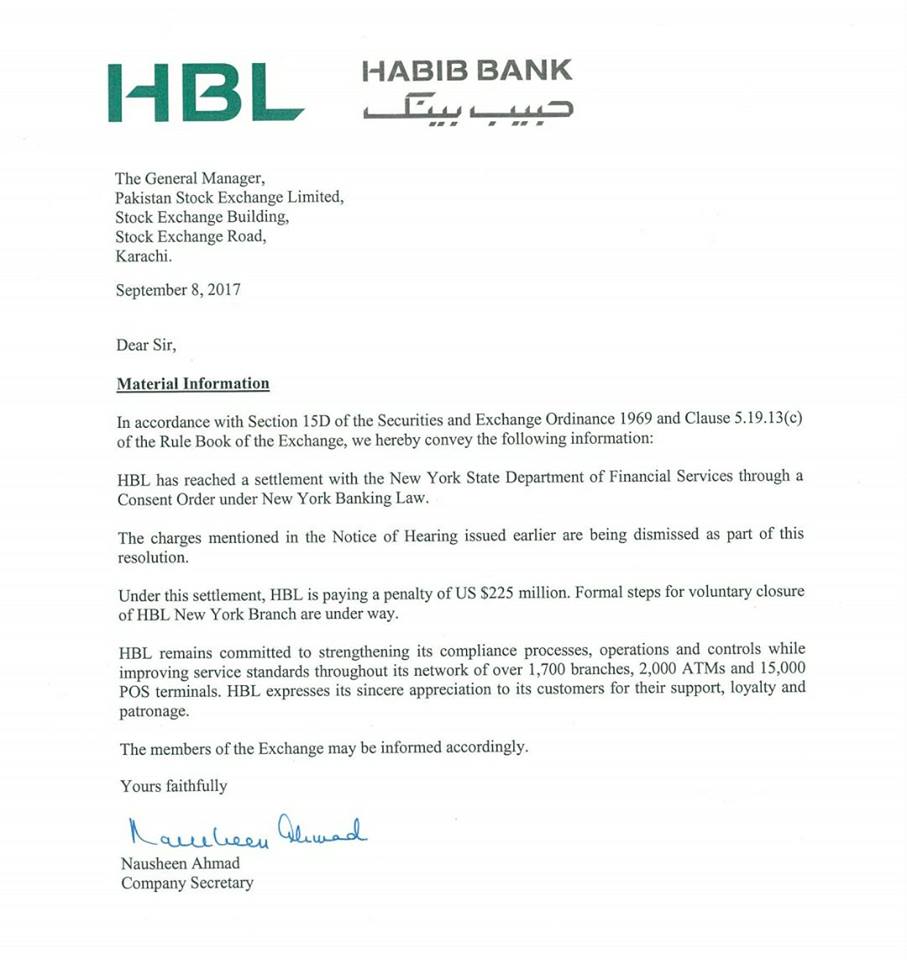 The DFS on the other hand is not ready to end the matter here as it plans to roll out another investigation with a detailed “lookback”. The DFS press release suggests that all foreign transactions through the bank will be examined thoroughly. The investigation will cover periods from October 1, 2013 through September 30, 2014 and April 1, 2015 through July 31, 2017.

HBL has also been charged for 53 other violations committed during the period 2007 till 2017. Nonetheless, the hearing which was scheduled to take place on 27th September has now been annulled due to their out of court settlement.