Android users across the world are being infected by a new malware strand called ‘StrandHogg‘ under the cover of legitimate-looking applications. It asks for permissions and then begins performing nuisance activities such as reading messages, capturing photos or generating fake logins for popular apps. 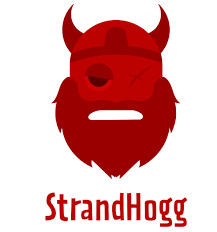 How does this work?

Research by Norway-based computer security firm Promon indicates that StrandHogg affects all versions of Android, even fully updated devices. It does not require root access.

Lookout, a partner company of Promon, found 36 apps which if installed can load additional apps in user devices. Reportedly, none of these apps were on Google Play Store.

However, Promon adds that:

“The specific malware sample which Promon analysed did not reside on Google Play but was installed through several dropper apps/hostile downloaders distributed on Google Play. These apps have now been removed, but in spite of Google’s Play Protect security suite, dropper apps continue to be published and frequently slip under the radar…”

How can fake apps be identified?

If something about the app you are using seems anomalous, it’s best to be skeptical. Be absolutely certain about the legitimacy of login forms and do not give any app extra permissions if it suddenly asks for them.

Some identification tips shared by Promon are as follows:

Once such ‘dropper’ apps secure access to your device, it is easy for them to appear legitimate.

Getting rid of StrandHogg

You can factory-reset your device or delete suspicious apps.

This does not, however, guarantee that all StrandHogg-related dropper apps will be identified.