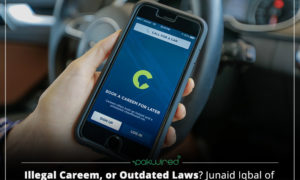 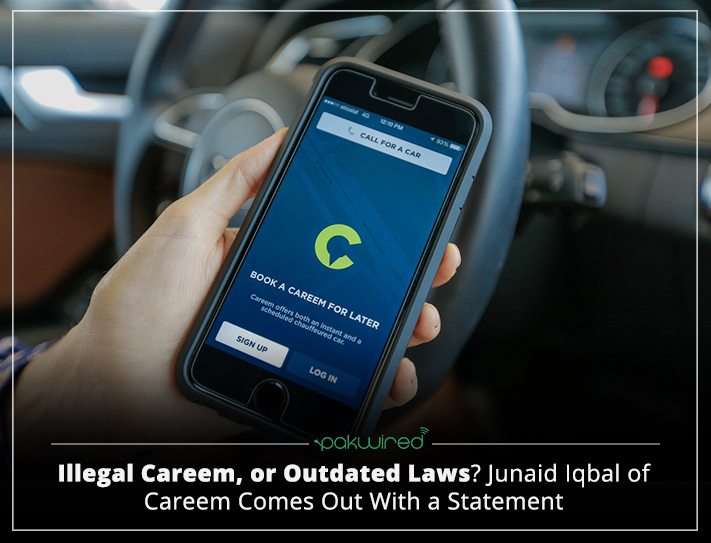 Managing Director Careem, Junaid Iqbal, went live a little while back from the company’s social media channels and issued an official statement representing company’s stance over the recently imposed embargo on the ride-hailing service by the Punjab government.

Junaid Iqbal’s statement, if condensed, implores the government to build regulations to support economy, not subjugate it.

He began by thanking the loyal customers, the steadfast captains and the cheering media, all of whom he expressed his deepest gratitude to, for stepping out in favour of the Company. Mr Iqbal especially mentioned the resolve of the service’s captains who faced difficulties on the road today in wake of the orders issued by the Punjab Transport Authority barring Careem and Uber on the roads. He also appreciated unwavering commitment of the vendors who have been working in collaboration with Careem supporting the company by means of their vehicles. Iqbal highlighted that some of the vendors have always been in the business of transport and worked by renting out their vehicles professionally. The majority, however, he stressed has been of people who have collaborated with Careem to generate a stable stream of income for their families. Pensioners and widows, Iqbal shared, utilize their investments or bank loans by purchasing cars and taking Careem captains on board. This way, working with Careem generates a cycle of employment and income for quite a few nodes involved.

Iqbal went on to celebrate the technology involved for making the company what it is today. He said:

This is an inclusive model: customers, captains, vendors, and binding them all the Careem technology.

You would be delighted to know that operating in 12 countries and more than 50 cities, the Careem app is made in Pakistan.

The ride-hailing app, a thoroughly calm Iqbal explained, has been built by engineers mainly coming from NUST, LUMS and Fast. He believed that this, in addition to the quality of service offered that has become a hallmark of Careem internationally, is a matter of extreme pride for the country. He rightly pointed out the lack of tech giants that have emerged out of Pakistan. Given the situation, Careem steps up to fill the gap.

Careem has been born with the vision to create a technology based institution for solving “issues“. Unemployment is one of the biggest issues facing Pakistan. Mr. Iqbal reiterated Careem’s goal to work with the government of Pakistan to create 0.1 million jobs by 2018. Careem intends to work over the issue of lack of entrepreneurial opportunities and slim job openings in the local industry; and the company has been working to promote both employment and entrepreneurship for the captains and the vendors alike. This is not a service for the ride-hailers alone, it benefits the ride-hailers and providers and creates a close knit cycle of entrepreneurship, employment and service.

Having acknowledged the public support the company received after the ban announcement today, and after highlighting the company vision, Iqbal stepped into the sensitive matters.

Where Does Ride Hailing Via App Fit Into The Existing Transport Laws?

How does an online platform and an app fit in the regulations regarding traffic laws, is a million dollar question and is the basic premise of the Punjab Transport Authority’s directive banning Careem and Uber today. Iqbal stated:

This is a new technology. All around the world, during the last five years, around 100 countries have been working upon building new ride hailing regulations.

India has issued ride-hailing guidelines in September last year which are currently under debate in the Indian parliament.

Malaysia has enforced new ride hailing laws a couple of months back.

Saudi Arabia has declared all private cars public for the Saudi nationals and all private licences have been allowed to take part in the public transport industry. This not only brings private resources in the public sector, but is also a means of employment for the locals.

Iqbal expressed how resource management, in a country like Pakistan, is not a public strength. Highlighting the examples of Airbnb and Didi Chuxing, he explained how despite the majestic scale of the services, neither of the companies owns any land/vehicle. They’re only managing the resources available, building an inclusive economy model. Careem has been built upon the same principle, Iqbal stressed.

We are currently in discussions with departments of Government of Pakistan over what laws must govern such a service.

Iqbal, critically pointed out that the service has wrongly been bracketed with rent-a-car industry, whereas the company needs to be acknowledged as a technology platform: a technology platform which provides a ride-hailing service. The situation can be best explained by the example of a shopping mall operative under land regulations, which sells textile products; the mall itself does not become a subject of the textile industry laws.

The oft-confused difference between the status of the company as a technology platform and a service provider, has been the cause behind the hiccups the company is facing as far as the regulations go, Iqbal believed.

Iqbal shared his resolve to work with all the Government quarters and urged all provincial chiefs individually to embrace the new technology and its requirements which imply an evolution in the existing structure of laws. The inclusive model is not only going to strengthen the social fabric by generating jobs, but is also going to support the economy by streamlining the nodes involved and ensuring better tax collection.

Here is the link to the video statement issued by Junaid Iqbal. To learn about the Punjab Transport Authority declaration issued earlier, visit: Uber & Careem Are Illegal, Punjab Government Declares (And Surprises Everyone)