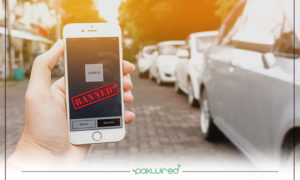 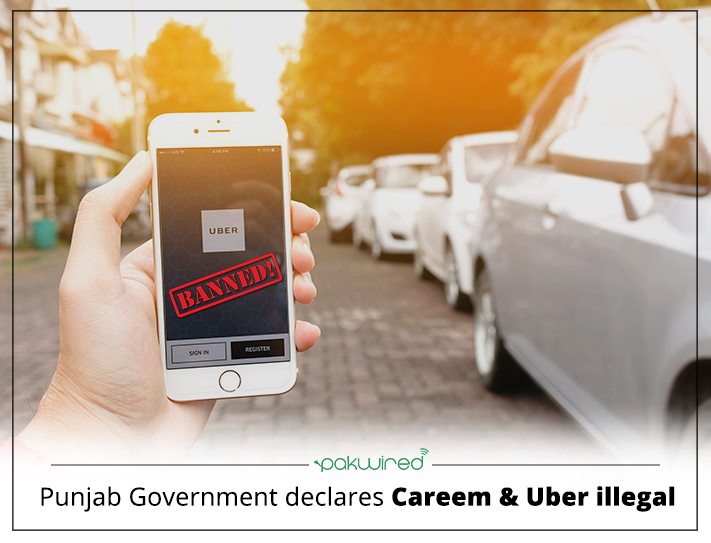 In a surprise move this morning, commuters all across Punjab discovered the news of Uber and Careem declared illegal by the Provincial government. The news states the ride hailing services Uber, Careem illegal and bars them from operating.

The notification issued by the signatures of the Secretary Punjab Provincial Transport Authority, and addressing the Lahore’s chief Traffic Officer and the CEO Lahore Transport Company, implores the said authorities for the services to not be allowed on the roads with immediate effect.

Why Are Ride Hailing Services Illegal?

The notification provided by the government body responsible for transport matters in the province, further stated that the private vehicles being employed by the ride hailing services had not availed any route permit and were functioning without availing the mandatory car-fitness certificate.

The transport authority notification went on to add that the drivers working with the said services have also not been taken on board in compliance with the necessary security protocols. The notification alleged that the security clearance of the drivers had not been sought from the government, therefore strict measures await all such companies working without the necessary procedures.

The notification already forwarded to the Lahore’s Chief Traffic Officer directs the field traffic officers to ensure that prompt action is put in place against these ride hailing services just declared illegal, and they not be allowed to operate in the city without any exception.

Interestingly, the services have been barred from roads with immediate effect, without issuance of a warning or time cushion provided. The declaration came at the heels of the news of Federal government’s decision of Petrol prices meeting at least a Rs 4/ liter hike in the price. Thus, making it difficult simultaneously, for all kinds of commuters on roads.

Over time, the provincial government of Punjab, (present at twitter with the handle @GovtofPunjab) has been receiving greetings from all and sundry for the excellent transport opportunities offered to its citizens by means of diverse ride-hailing services, generally; as well as specifically for Uber. A specimen of it is the tweet:

In a political culture vastly dominated by the players of private transport sector, the new development, owing to its unexpected nature, seems more like a page out of how to get rid guidebook. One can not argue that such handbooks always provide one with a handy selection of tools to make life easier, even if it only be for the private transport tycoons.