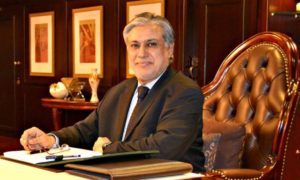 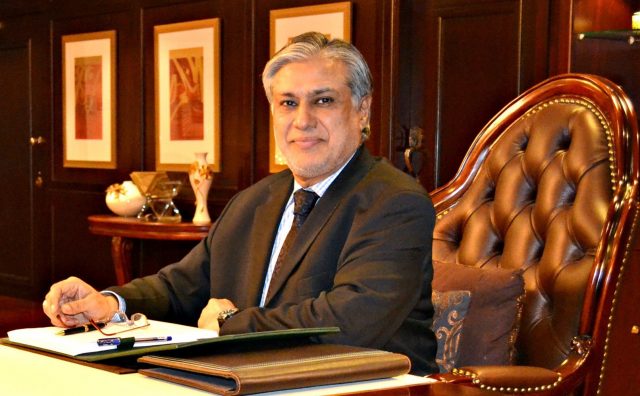 The federal finance minister of Pakistan, Ishaq Dar, is likely to lose his seat in the coming days. According to the sources, the Prime Minister of Pakistan has been considering to replace him with either Dr Miftah Ismail, his special assistant on economic affairs, or Sartaj Aziz, the deputy chairman of the Planning Commission. A few other names likely to compete for the finance minister position include the current Commerce Minister Pervez Malik, Punjab Finance Minister Ayesha Ghouse Pasha, and Interior Minister Ahsan Iqbal.

The sources revealed that the likelihood of Ayesha Ghouse being elected as the finance minister has something to do with Chief Minister Shahbaz Sharif’s future role in the PML-N.

What Has Ishaq Dar Been Doing?

The government is being continuously pressured upon by the opposition, Pakistan Tehreek-e-Insaaf. The party is insisting the government to remove Dar as the finance minister. On Wednesday, Asad Umer, the PTI’s central leader tweeted,

“If Ishaq Dar is not willing to resign, then the PM should take action and replace him. The economy is in crisis and the finance minister is absent”

However, Ishaq Dar won’t resign until he finds an alternative. The finance minister is currently in London along with the other members of the Sharif family. His absence was discussed at the Senate Standing Committee on Finance. It was announced by the chairman of FBR that the refund payments would be done after the announcement made by the finance minister. FBR chairman reassured the committee that Ishaq Dar would return Pakistan soon.

Quick Read: World Trade – What does Pakistan need to do to rank differently?

The chairman of the committee found it hard to believe that Dar would come back soon; keeping in mind the recent political situation of the country. Thus, a bail-able arrest warrant for Dar has been issued. On the other hand, the NAB filed an appeal in the Supreme Court asking them to reopen the Hudabiya Papers Mills case against Dar.

To add more to Dar’s problems, NAB’s regional office in Lahore restricted Dar from selling or transferring any kind of property until the investigation is completed. Ishaq Dar has long ignored the standing committee and has hardly attended any meetings. Mandviwala, speaking on behalf of the Committee said:

Refering to the date of refunds being announced by the finance minister, Mandviwala stated:

“There was a time when a low-cadre officer of the FBR would give taxpayers’ refunds. We should be ashamed of the fact that now refunds are being given by the finance minister and the prime minister”

PML-N has misused the taxpayer’s money in order to generate revenue for them. Subsequently, this action has really damaged the country’s economy. According to sources, the amount of refunds the FBR is withholding amounts to Rs520 billion.