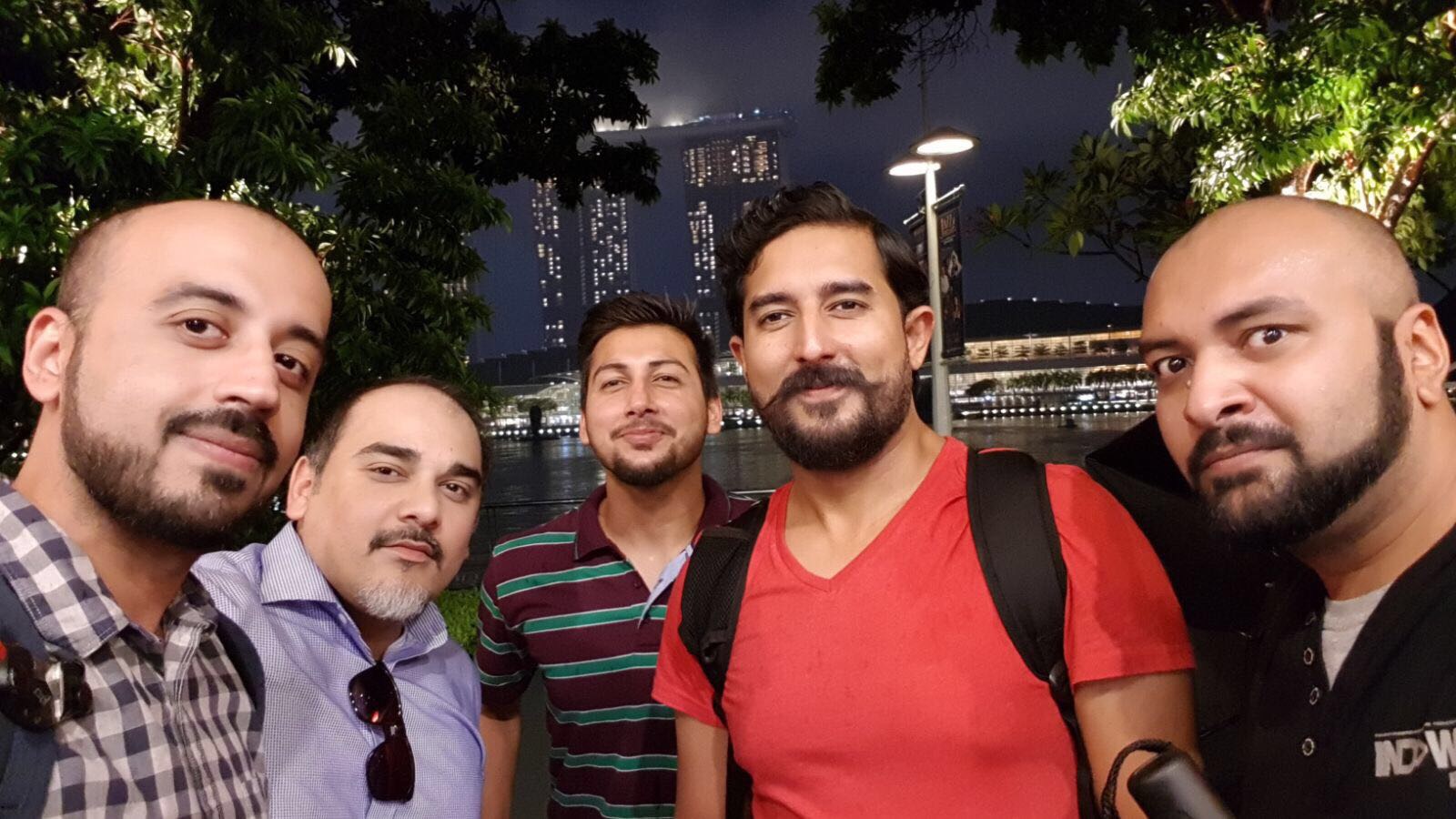 It was only after Rishadullah Sheikh moved away from the neighbourhood that he grew up in that he realized the difficulty of finding like-minded musicians to jam with.

In the past it was easy enough: a bunch of his close friends would all meet a few times a week and proceed to churn out improvised tunes until the early hours of the morning. It helped that they all lived close by and didn’t have to contend with horrific commutes. But now that Rishad was located in a different part of town, such impromptu sessions became few and far between.

His new environs were unfamiliar and unwelcoming. Short of physically knocking on neighbours’ homes, he had no idea whether aspiring musicians lived in the vicinity or whether they were even interested in crooning out tunes the way his old homies did.

It was this difficulty that formed the basic premise of Jambro — an app that uses geolocation parameters to connect you with musicians close by. When you sign up, it’ll ask you to fill out some basic information such as your age, the kind of instruments you play, and whether you’d like to be a part of a band.

If two musicians ‘match’, a private chat window will pop up for them to figure out the rest. It’s like Tinder, but without the dirt and grime.

“Music has always been one of my core interests,” affirms Rishad. “Musicians are everywhere on social media, but it’s all fragmented and there’s no one platform that they can depend upon to discover and connect with [others].” 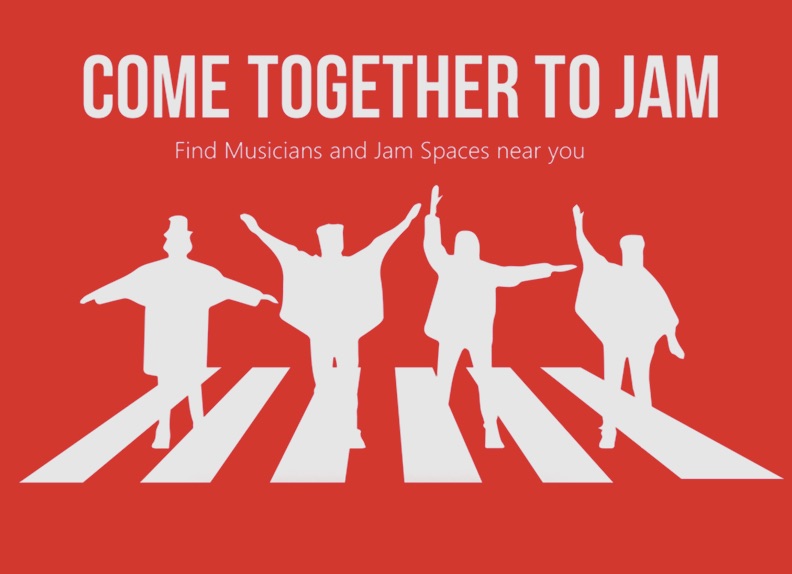 It’s not uncommon to find moments of inspiration as we carry on with our everyday lives. But most of us are either too tied up or have too many existing obligations to pursue an idea as a serious business opportunity.

What worked in Rishad’s favor was that he already ran his own digital marketing company at the time. At his disposal were an array of designers, developers, and growth hackers that could bring the product to life. The minimum viable product (MVP) was engineered “relatively quickly,” and to test the concept the founders decided to host a launch BBQ party that would double up as a live concert of sorts.

“Over 100 talented musicians from Karachi showed up echoing similar problems and showing support for the initiative,” says Rishad.

That helped convince the team of the viability of their idea.

Jambro’s one of the rare startups from Pakistan that chose to forego opportunities for local incubation. It didn’t apply to be housed at your usual suspects – Plan9, The Nest, i2i etc – and instead was accepted at Singapore’s Muru-D which is funded by Australian telco Telstra. It graduated earlier this month in a glitzy affair.

Rishad admits the move was taxing from a financial standpoint but hastens to add that the opportunity to be immersed in Singapore’s startup ecosystem with access to world class mentors, entrepreneurs, and investors has been “invaluable” to the company and founders.

“You can’t really compare what Singapore has to offer to startups with what’s going on in Pakistan,” explains Rishad. “Yes there’s lots of action going on here but the startup ecosystem is still in its infancy and we have a long way to go.”

The founder claims over 10,000 people have so far downloaded and installed Jambro on their phones across 100 locations. But he’s tight-lipped on weekly or monthly active users, the litmus test for any social networking app. Its early days yet, but the number will need to go up significantly for the platform to make a serious dent on a global scale. 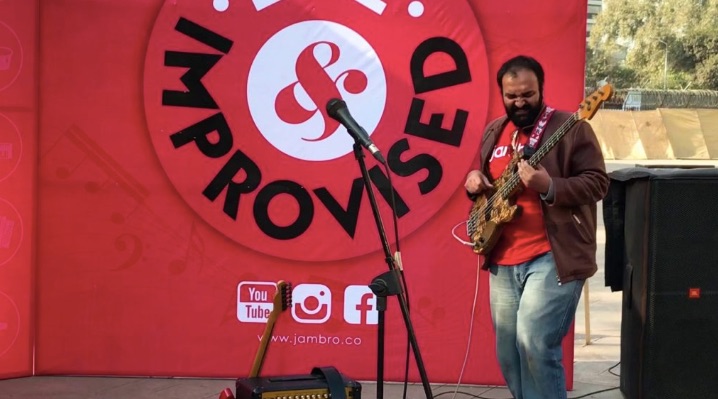 A reassuring sign is that most of this growth has been via organic and word-of-mouth channels. Jambro has so far raised US$200,000 in funding with Telstra as the lead investor and a few angels thrown into the mix. That’s decent, but certainly not enough to burn through mindlessly while trying to acquire users at scale.

Monetization plans revolve around collaborating with brands to support their marketing plans. So far Jambro’s partnered with Redbull, Pepsi, FM91, and Hard Rock Cafe. However, the long-term strategy is to grab a chunk of the global music industry that’s worth over US$40 billion.

“Brand sponsorships for live music revenue were over US$2 billion in the USA last year. Ticket fees, session wages, concerts, sponsorships, and merchandise are all revenue drivers […] problem is most of the revenues fall in the pockets of a very small % and this is exactly what we want to disrupt,” explains Rishad.

“The idea is to put musicians at the center of the ecosystem and allow anyone to directly connect, collaborate, or book musicians without middlemen.”

Jambro isn’t alone in this endeavor. There’s Vampr, which claims users across 140 countries. Others like Bandfriend and Gigtown are also dabbling in the space. Jambro’s competitive advantage may lie in the fact that it’s managed to take root in Southeast Asia where there’s a thriving music industry with world-class talent. A high degree of traction in a region of almost 700 million people is no trifling matter.

Sadly, the startup isn’t impervious to the trials and tribulations that stem from a fledgling company with Pakistani founders.

“As part of the [Muru-D] acceleration programme, we had a 2-week immersion session in Silicon Valley but 3 out of the 5 Jambro founders had their visa rejected,” laughs Rishad.