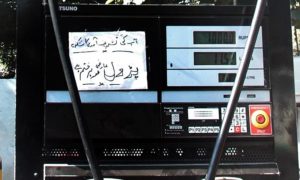 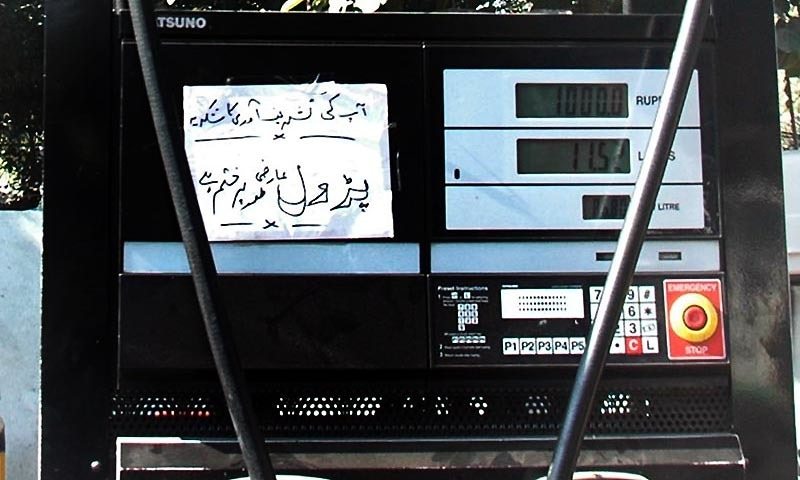 Commuters in Lahore got hit by a sudden drop in the supply of petrol at the fueling stations on Wednesday evening. The panic spread out with the word confirming that quite a few filling pumps operated by different oil marketing companies in Lahore had been shut down since Tuesday night on account of suspended fuel supply.
Till the filing of this report on Thursday afternoon, the situation has only worsened. The severe fuel shortage for the residents and commuters of Lahore has resulted in long queues at the filling pumps while people can be seen approaching the stations with empty cans to purchase petrol.

The daily consumption of petrol in Lahore is 3,000,000 litres. In a city with this consumption scale of fuel, a supply suspension that has entered the third day can, and is on the the way to, translate into a severe crisis.

What Triggered The Fuel Shortage?

According to the news, one major cause of the fuel shortage is the disagreement over the adjustment of the new fuel price between government and oil distributing companies. The price of crude oil has raised from 45 to 50 dollars per barrel in the international market. With the new market rates, the oil marketing companies seek the petrol prices revised to ensure their profit. Therefore, the companies are avoiding importing the oil till a decision on the new prices has been agreed upon by the government.

Quick Read: Petroleum Prices in Pakistan: Here’s How Much Extra We Pay

According to the reports, the Oil and Gas Regulatory Authority (OGRA) has said that the director general (oil) had already been notified about the status of petroleum products’ reserves on September 15. The reserves, as OGRA’s letter to the Petroleum Ministry said, were only sufficient to last seven days. OGRA had warned that the situation needed a solution on an urgent basis.

As we confirmed with the sources at PSO, the company hopes to handle the fuel shortfall situation without much difficulty. With an accelerated pace of importing the fuel, a fuel carrying ship has already docked at the Karachi port, in addition to another one scheduled to arrive today Thursday.