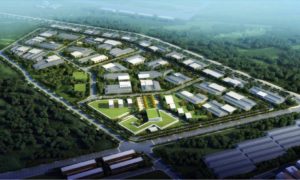 Pakistan has decided to provide a comprehensive incentive package to Special Economic Zones (SEZs) of China Pakistan Economic Corridor (CPEC) that is expected to be presented at the 7th Joint Corporation Committee (JCC) dealing with CPEC. It is anticipated that the details will be approved by this committee in their meeting expected to be held on 21st November in the capital city.

Sources also expect that there will be no argument among JCC regarding the details of the package. These SEZs will be established in all the provinces during the next few years. In order to completely take advantage of country’s natural resources, SEZs will be built in FATA, Azad Kashmir, Gilgit-Baltistan, Islamabad and Port Qasim in Karachi.

“Announcement of the incentive package for Special Economic Zones on CPEC will be announced by the government after the grant of necessary approval from both sides-China & Pakistan.”

Also Read: Exemption to export of IT services to be extended until 2019

Details of the incentive package to Special Economic Zones

It has been reported that the incentive package for SEZs entails significant tax exemptions for the investors. Additionally, the government is also providing 10-year tax exemption for the import of plants and machinery. Moreover, income during the entire period will also be tax exempted. SEZs investors will also be given a levy to pay only 50% down payment for land acquisition along with uninterrupted supply of water, gas, and electricity.

Official documents of Board of Investment (BoI) reveal that there are tremendous financial gains to be given to SEZs investors. Firstly, exemption of all types of duties and taxes on import of machinery that will be bought for either development or maintenance within the specified zones. Secondly, starting from the signing date of the agreement till five years, all income earned corresponding to the development and operation of SEZs, will be tax exempted.

The government has also planned one-time tax exemption from all custom duties and taxes on imports of relevant machinery for the SEZs. This will be besides the income tax exemption that will be provided for 10 years starting their production date on 20th June 2020.

Some of the BoI documents imply that besides 50% down payment facility for land acquisition, SEZ investors can also pay the remaining amount in four bi-annual installments. Also, there will be 50% subsidy given on inland freight cost for transferring the machinery from the port to SEZs.

All these incentives have been offered under the Special Economic Zones Act 2012. It facilitates these zones by giving a formal structure. Therefore, giving a framework to the federal and provincial governments to implement these plans effectively.

According to SEZ Act of Pakistan:

“Special Economic Zone (SEZ) is a blanket term for various types of specialised zones with specific types of enterprises operating in a well-defined geographic area where certain economic activities are promoted by a set of policy measures that are not generally applicable to the rest of the country. Successful SEZs offer immediate access to high-quality infrastructure, uninterruptible power supply, clearly titled land, public facilities, and support services”.