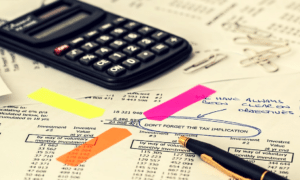 Here’s a great news for the IT companies! The Federal Board of Revenue (FBR) has introduced changes to Income Tax Ordinance, 2001 through Finance Act, 2017. Explaining the changes, FBR has pointed out that the IT businesses registered during the last 5 years: from July 2012 onwards, shall now be able to avail tax exemptions introduced exclusively for the startups.

Earlier on, the government had proposed a 3-years tax exemption for the new IT companies in the current fiscal year’s budget presented in May 2017.

Also Read: A guide to filing taxes as a Pakistani freelancer

The FBR said in a statement:

“Existing undertakings engaged in similar businesses incorporated or registered on or after July 1, 2012 are also entitled to this exemption; subject to certification by PSEB”

This is necessary to point out that the tax exemptions have been introduced for “startups” only, hence for companies planning to claim the levy, they must fall under the definition of a startup.

According to FBR’s Income Tax Circular No. 4 of 2017 issued on September 6, the board has formalized the definition of startups. Introduced under the Section 2(62A), the sole objective of launching this change is to encourage the notion of entrepreneurship in the country, particularly in the field of IT.

A startup has been defined as a business:

Quick Read: Exemption to export of IT services to be extended until 2019

It is pertinent to state that the tax exemption will be in the light of profits these startups will get in the tax year.

Do you think this idea will tempt entrepreneurship culture in the country?