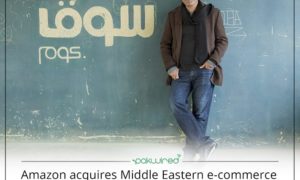 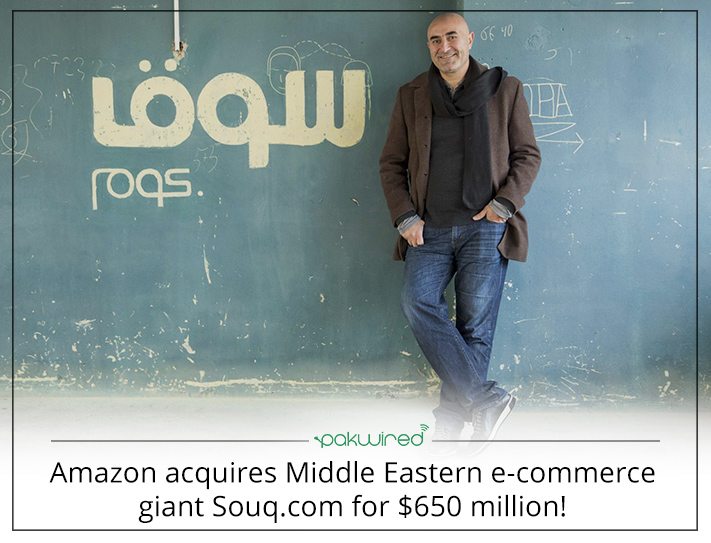 As Amazon continues to grow its online business in the US and Europe, the e-commerce giant set its sights on dominating another market – Middle East. According to the news, the e-commerce firm has acquired Souq, often known as the Amazon of the Middle East and the region’s biggest e-commerce platform, for the sum of $650 million, to expand its Gulf region business.

The reports, however, remain unconfirmed by both the concerned parties. Souq has declined to offer any comments. The CEO Ronaldo Mouchawar did not disclose details or terms of the deal. Similarly, Amazon declined to comment on the new deal when contacted by media persons. Amazon spokesperson Ty Rogers said:

“We’ll decline to comment on rumors and speculation, but thanks for reaching out.”

While it could be a game-changer for the region, the acquisition is not quite as big as some investors might have expected. A little over a year ago, the company had raised $275 million in its last round of funding that would value it at $1 billion. Souq had originally sought to sell a 30 percent stake to Amazon last year, valuing the entire business at as much as $1 billion, but canceled the deal after the company failed to meet sales expectations.

After that deal went sour, Souq — which had also engaged in acquisition talks with eBay and Emirati retail group Majid Al Futtaim last year — spent the entire chunk of 2017 so far finalizing a deal that valued between $500 million and $700 million. Eventually, the two sides agreed to $650 million, a number that both parties would be happy with, a source with knowledge of the matter revealed.

As for Amazon, the deal allows the e-commerce giant — which has never had business operations in Arab countries — to hit the market running with an established online retail operation. It is to be noted that Souq had raised a total of $425 million with investors including Ballie Gifford, MENA Venture Investments, IFC Venture Capital Group, Standard Chartered Bank, Jabbar Internet Group, Naspers and Tiger Global Management. The investors are hopeful that they would manage to get their money back.

Souq has been in business since 2005, founded by Mouchawar after Yahoo acquired his Arabic internet portal Maktoob. At present, it is the Middle East’s largest e-commerce platform in terms of active business.

The company helps connect over 75,000 businesses with consumers to buy their products or services, with the total number of brands on offer currently at around 2 million across more than 30 categories, such as electronics, lifestyle, household items, and mechanical equipment.