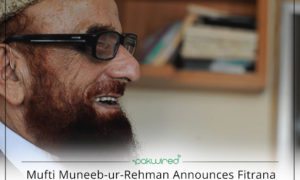 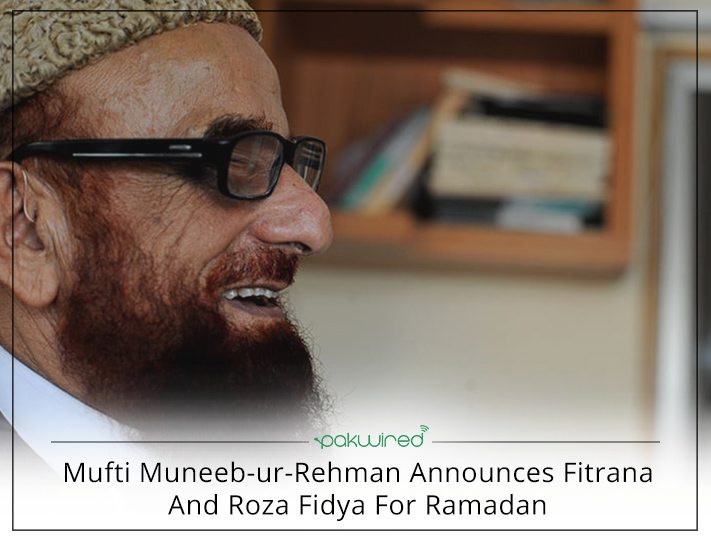 The Chairman of Central Ruet-e-Hilal Committee, Mufti Muneeb-ur-Rehman has officially announced the Fitrana and Roza Fidya amount for the ongoing holy month of Ramadan. The amount which he has set is Rs100 per head.

Many individuals, particularly old-aged and suffering through health issues, are unable to fast during Ramadan. As a result, they pay Roza Fidya to the less privileged humans.

While addressing a press conference, Mufti Muneeb-ur-Rehman said that a person can pay Fitrana amount according to his financial capability. However, Rs100 has been set as the standard minimum amount for in Pakistan for the year 2017. Moreover, individuals who are unable to fast for whatever reason can pay an amount of Rs100 per fast as Roza Fidya.

Subsequently, if an individual is unable to fast during the entire month of Ramadan; then he is liable to pay Rs3,000. This amount has been set at the scale of the price of wheat flour. According to Mufti Muneeb-ur-Rehman, he set up the amount of Rs100 after taking into consideration the market price of 2.25 kilograms of flour.

Fitrana rates for other items

As per the Islamic principles, individuals can also pay an amount of Fitrana set to the scale of the price of the following:

As far as Fidya is concerned, it is set at Rs19,200 at the scale of barley and Rs 96,000 each for dates and raisins during the entire month of Ramadan.

Each and every Muslim is entitled to pay a specific amount in the form of Sadqa-e-Fitar before Namaz-e-Eid. It is advisable that whosoever earns some money should pay his amount himself. However, the head of the family can also pay the amount for his entire family. Mufti Muneeb-ur-Rehman, during the press conference, stated that the most deserving people for Sadqa-e-Fitar are the ones in need.