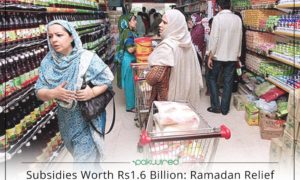 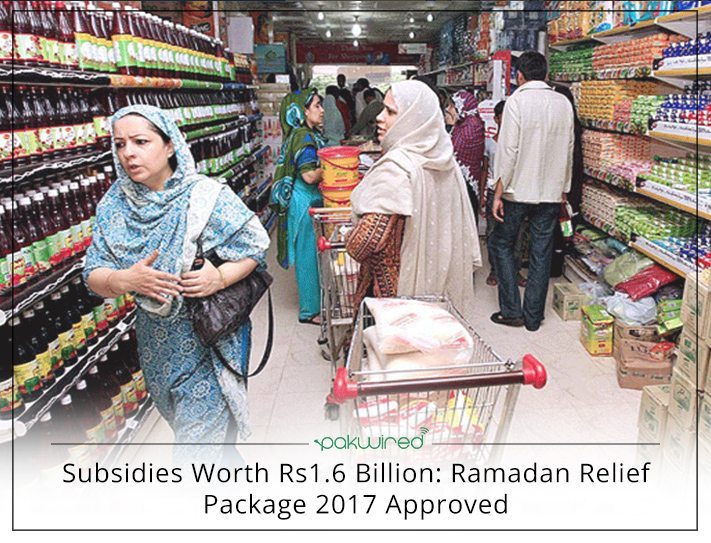 Like every year, the holy month of Ramadan, together with its blessings has brought a price cut at government maintained utility stores. To many people’s disbelief, Ramadan Relief Package has been finally approved by the Economic Coordination Committee (ECC) of the federal cabinet. The meeting was held on Tuesday and chaired by Finance Minister Ishaq Dar. He revealed that at most 19 commodities with subsidies worth Rs1.6 billion have been agreed as a part of the Ramadan Relief Package.

The commodities claimed to be subsidized include:

The public would be able to access these commodities at Utility Stores Corporation (USC) outlets throughout Pakistan at the proposed subsidized rates.

Other subsidiaries to be offered

To add to the public’s sigh of relief, USC has also claimed to cut their prices on around 2,400 items other than those relieved by the government. Almost double the discount i.e. from 5% to 10% has been promised by the utility outlets as they have decided to reduce their own profit margins and some discounted assistance through their vendors and suppliers.

The decisions of ECC were an upshot to the recommendations suggested by the Fertilizer Review Committee after they were put forward by the Ministry of Commerce.

Read More: The online store that lets you sell anything from anywhere in the world

The ECC learnt that Kharif 2017 is expected to bring about ample production of urea of domestic consumption that would allow for increased exports of the resource.

ECC also approved the restoration of import duty and sales tax on cotton imports. The step has been taken on the Finance Division’s proposal which would come to action by July, 2017. This decision is sought to impart some confidence to the domestic cotton growers to get them ready for the upcoming sowing season.