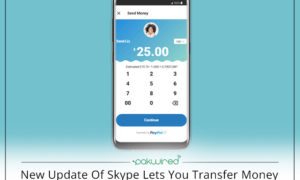 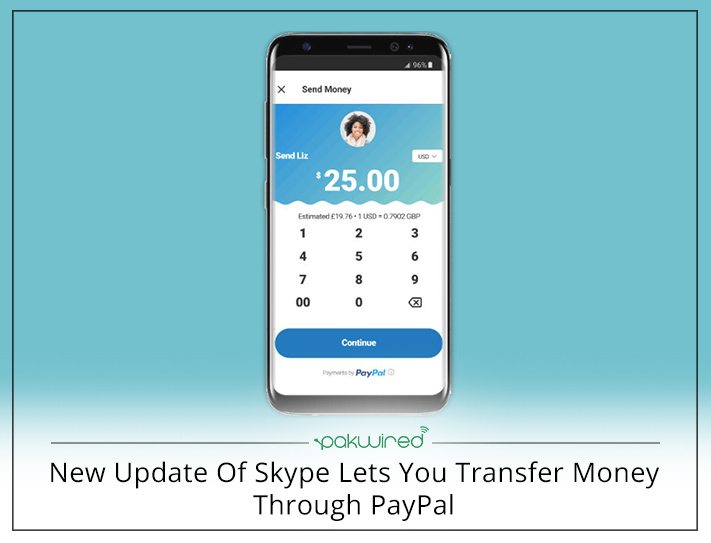 In an ever evolving digital media landscape, social media platforms tend to roll out new features to keep ahead of the competition. Being the industry pioneers in introducing video-calling, Skype has been rolling out new features and updates ever since. Recently, it has partnered with PayPal money service in order to all the users send and receive money directly through Skype.

With the help of this new Send Money feature, users won’t have to switch between apps to send money and talk at the same time. All they need to do is swipe right while chatting or video-calling in the Skype app and tap the money icon. The transaction will take place right there and then.

How to Send Money via Skype?

In order to access this new feature, users will first have to update the Skype app on their Android/iOS devices. Only then they can use the transaction feature. However, this restriction of updating the app is only for people who want to send money. It is not necessary for the receiver to update his app as he will receive the money anyway.

If it is the first time you are sending money through the Skype app, you will be prompted to confirm your location. Also, if either of the sender or the receiver doesn’t have a PayPal account, a redirect to a PayPal signup page through the Skype app will be made so that they can easily create a new account.

Skype team said in a statement:

“Currency exchange is no problem. If you’re sending funds from the US, for example, to someone in Europe, you will have the option to send money in Euros”

Is it available worldwide?

The feature is currently available in only 22 countries which include Belgium, US, UK, and others. The feature is not available in Asia currently. However, Skype has reported that the feature will soon be released in Asia including Pakistan. You might be wondering that there is no PayPal in Pakistan but here’s the good news … the government is currently working to bring that service to Pakistan sooner or later.

Also Read: Now Is a Strong Case For Global E-commerce Gateways in Pakistan