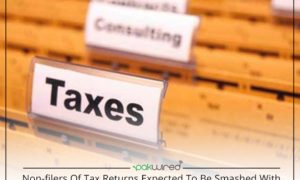 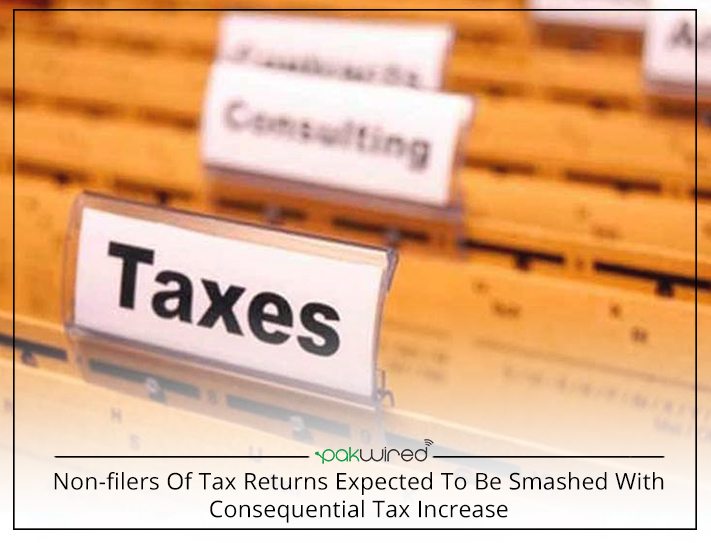 The non-filers of income tax return are likely to face harsh tax rates as the government has decided to penalize them. They will suffer a remarkable increase in the tax rate including 25% levy on the dividend income.

According to sources, the Federal Board of Revenue (FBR) has decided to double the rate on almost all the withholding taxes. Furthermore, subsequent filers of tax returns would be returned only a specific percentage of the additional tax.

As per the sources, due to the upcoming elections 2018, Finance Minister Ishaq Dar avoided such tax measures that may ignite the wrath of various lobbies, traders or businessmen. The upcoming budget is the last time for the current PML-N regime.

Sources report that Dar and Finance Secretary Tariq Bajwa expressed great concern on FBR’s tax proposal. Dar rejected the offer to increase the further tax to 3% valid on unregistered persons. It would have pulled up to 20% sales tax with file sales tax returns of 150,000 only. Yet, the minister approved the proposal valid to all organizations and persons with an annual income of more than Rs10 million.

All the existing taxpayers will be burdened with additional tax measures that had gone through inspection. The FBR claimed that it would not be able to file Rs500 billion to next year’s tax receipts without this tax increase. Therefore, it ignored the rejection of its various proposals.

Sources said, even in previous years, the FBR could not define any tax widening proposal that would not further burden the taxpayers.  Nevertheless, the government is keen to evaluate Rs4 trillion of revenue for the fiscal year 2017-18. On the other hand, the finance ministry’s main focus is to penalize the non-filers of tax returns with high income tax. Concluding that filers of tax returns will be relived and all the other income earners will suffer increase in tax rates.

Tax on dividend income for non-filers is expected to increase from 20% to 25% in the upcoming budget. Tax rate have increased consecutively in the second year increasing the load on non-filers with an additional 25%.

The government intends to generate an additional Rs5 billion in revenue through return filers. It has decided to increase dividend income tax of return filers to 15% from the previous 12%.

A company distributes dividend income to its shareholders that includes accumulated profits, interests, securities or deposit certificates in any form.

FBR also proposed measures to increase the tax on profit by debt, securities and bonds bought by non-filers. Return filers pay 10% tax while non-filers pay 17.5% tax on it.

The main proposal indicates that the tax paid by non-filers will be treated as final liability. Consequently, no return will be given even if the returns are filed afterwards.

The government, hoping to broaden the tax base, introduced a policy in 2013. The main focus of the policy was to create difference between filer and non-filers of income tax returns. However, the tax base is extremely narrow covering 0.5% of the total population, indicating that the policy’s failure.

In another proposal presented by FBR, it has reduced the withholding tax to 4% from 5.5% on commercial importers.

On the other hand, it has proposed an increase of 2% tax on industry’s imports. This rate difference will help prevent the misuse of aptitude.