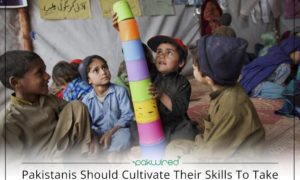 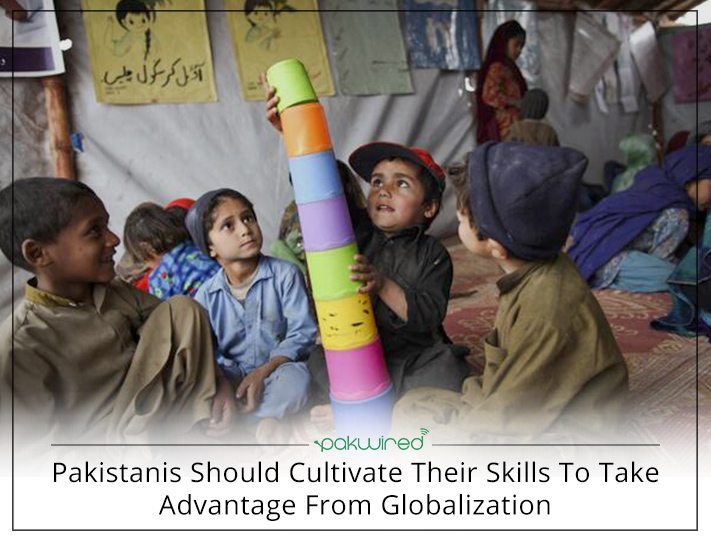 With youth making over 60% of its population, Pakistan is a country still struggling to find ways to utilize this asset by developing the cognitive, personal and social skills.

Recently, in a joint statement, the President of Multan Chamber of Commerce and Industry (MCCI), Khawaja Jalaluddin Roomi and the Chief Executive Officer of Technology Upgradation and Skill Development Company (TUSDEC) Muhammed Alamgir Chaudhry, laid plenty of emphasis over taking advantage from the process of globalization. They stressed that Pakistanis should develop and cultivate their skills, which would equip individuals with mastery, resiliency and core competency in several fields.

Also Read: Funds have been approved to coach women entrepreneurs in marketing skills

While speaking about the significance of skills development, Roomi stated:

“With the advent of globalization, economic growth crucially depends on skills for producing better quality goods and services at competitive prices”

He further elaborated his point of building skills by commenting:

“Skill building is not an isolated process though. It requires developments in three areas which include; creative and cognitive skills, personal and social skills and vocational and job skills”

Establishment of centers in different parts of Pakistan

Under TUSDEC, as many as 7 centers have been set up so far in different parts of Pakistan; out of which 3 are currently operative in light engineering. The notion of these centers is to assist in reverse engineering and computer-aided designing among several other things.

However, Khawaja Jalaluddin stressed on the significance of skills development, specifically in critical regions. He said:

“Formal institutions produce a very small proportion for the skilled workforce; and not necessarily in accordance with the demand for the required quality. Moreover, employer-based bodies in each province needed urgent assessment”

At present, 546 technical and vocational institutions are divulging technical education with a volume of just over 200,000.

Quick Read: Pakistan and Japan planning to establish technology and skills university in Pakistan this year

While criticizing the country on the development and skills front, a member of MCCI stated that Pakistan had been unable to enhance vocational or job skills. As a result, the outcome is declining exports, unemployment, together with weak growth and poor living standards.