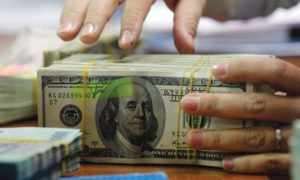 As the latest facts and figures pour in, Pakistan will be required to pay a colossal amount of $100 billion to China by 2024 against the loans which Pakistan has acquired from China. It is pertinent to mention that China has provided loans to 19 early harvest projects in Pakistan. Most of the loans are pertaining to the energy sector under China-Pakistan Economic Corridor (CPEC).

As per the sources, the loans which China has given to Pakistan are considered as concessional loans. It means that the said loans have been specially subsidized from the Government of China. Moreover, these concessional loans will not be a liability on the Pakistan’s economy as the loans constitute mere 1.1% of net Pakistan foreign debt.

In addition, Chinese companies have taken loan from Chinese banks to work in Pakistan for various development projects under CPEC. Subsequently, they are responsible to pay back the loan to the Chinese banks and not the Government of Pakistan.

Quick Read: China is building an automobile city in Gwadar

Undoubtedly, the financial assistance from China has helped Pakistan greatly in terms of the solidification its economy. It is significant to state that the Growth Domestic Product (GDP) of Pakistan was 3.6 only some four years ago. However, it has now reached 5.2, which indicates the very fact that CPEC has played a pivotal role in the economy of Pakistan.

At present, China is also keen on providing free assistance to some of the eminent projects; including the construction of Gwadar Port, motorway linking Gwadar Port, emergency health care centers and schools etc. In the future, China has expressed intent to build more emergency care centers in different parts of Pakistan.

CPEC has already played a vital role in Pakistan’s developing economy. It has provided tons of employment opportunities to the people of Pakistan. China is also looking forward to build industrial parks in the country. The move will tempt more foreign countries to come forward and invest in Pakistan.