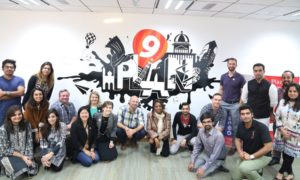 The entrepreneurial environment in Pakistan has begun making its mark as many overseas investors are now inclined towards investing in the local startups. An Austin based venture-capital firm from 1839 ventures has recently vouched to invest massive $20 million in Pakistani startups.

The brain behind this collaboration, Alicia Dean, also being the founder of ATX-Pak Exchange program, stated that Pakistani youth has become highly popular among international investors. In addition, they are not only open to their ideas but also willing to invest in their plans.

One has to give some credit to Punjab Information Technology Board (PITB) as it joined hands with 1839 ventures and launched this fund last month. Additionally, Plan 9 (the incubator working for PITB) has also partnered with the city government of Austin and the US State Department. These two entities initiated the ATX-Pak exchange program two years ago.

Therefore, their combined efforts provided an opportunity to 22 startups to visit Austin and gain exposure. During their visit, these startups have been taught Austin’s ecosystem and received training from international experts. In the end, they managed to secure a funding of $20 million to implement their plans.

It has been only five years since Pakistani authorities have started taking seriously the startup potential in Pakistan. Although the combined investment pool of Plan9 is currently $7.5 million; but their incubated firms have a total worth of $70 million.

Pakistani ideas have stood out

Almost 70% of the Pakistani startups secured funding for their ideas. Alicia observed that this ratio is among the highest when compared to other nationalities at the event.

She said that this success rate is highest across all other incubators working in Pakistan or US. She also added:

“Almost 70% of Pakistani start-ups managed to raise funding from international investors by pitching their ideas after being mentored by experts in Austin.”

Alicia clarified to media that ideas generated by Pakistani youth have managed to create a stir among international investors as they are looking to expand their reach in technology startups. She elaborated:

“The recent announcement of 1839 ventures, an Austin-based venture capital firm, of launching a $20 million venture capital fund exclusively for Pakistan reflects the hard work done by Pakistani entrepreneurs in recent years and will take the local startup ecosystem to the next level.”

Nabeel Qadeer, the director entrepreneurs of Plan9 stated that some of the top executives from 1839 ventures are expected to visit Pakistan very soon. Consequently, it will open doors for many technology related startups of Pakistan. He further said:

“Pitching your idea to local and international investors are two different things. To feed the startup, one needs big investments and that will only come through foreigners”.